Casts are used to stabilize areas for healing. This includes wounds (horses), bones, and tendons.

Casts should typically extend from the sole of the foot (encasing it in large animal species) and include the joint above the destabilized area (or above the wound if possible). Casts should end at the top of a bone and just below a joint. Ending in the diaphyseal region creates a fulcrum and could lead to a new fracture.

NSAIDs/analgesics: NA for the cast; recommended for fractures and acute wounds.

Antibiotics: NA for the cast; may be recommended for the primary issue.

Local blocks: NA. IVRA can lead to initial swelling. This can lead to a loose cast when the swelling resolves.

Position/preparation: Lateral. If the limb is unstable, it can be placed on the down side to minimize angulation. If the limb is very unstable, wire through the hoof can be held by an assistant to help maintain normal alignment. Radiograph equipment is useful if available. 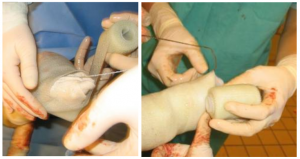 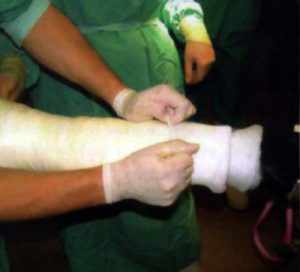 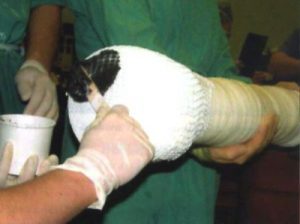 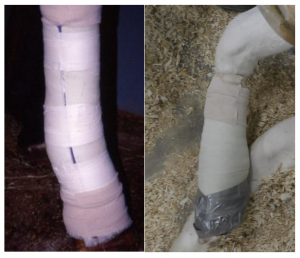 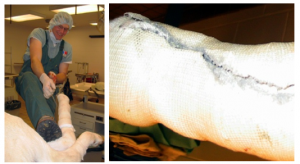 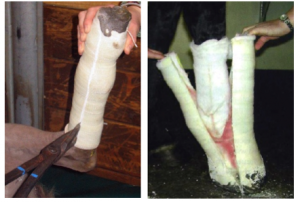 Manual of Clinical Procedures in the Horse