If we took a sample of all living matter, put it in a blender, and further broke it down into its simplest parts we would have the elements.  Currently 94 elements have been identified on earth.  All matter that we know of is made up of one or more of these elements.  You may have seen these elements listed in a periodic table like the one below (note the table has 118 elements – those past number 94 have been made by researchers and may or may not exist in nature).

However, out of those 94 elements, the vast majority (over 98%!) of the human body (and the bodies of other plants and animals) is made up of only 6 of them. These most common biological elements are carbon, hydrogen, oxygen, nitrogen, calcium, and phosphorus.

What we are made of

Astronomer Neil DeGrasse Tyson speaks about the beauty of what we are made of in this video:

So we’ve learned in the last 50 years that, of course, not only do we exist in this universe, it is the universe itself that exists within us.”

One tiny piece of an element is called an atom. An atom is the smallest portion of an element that has the properties of that element.  An atom contains a nucleus with positive and uncharged particles (protons and neutrons, respectively), and has negatively charged electrons that circle the nucleus. 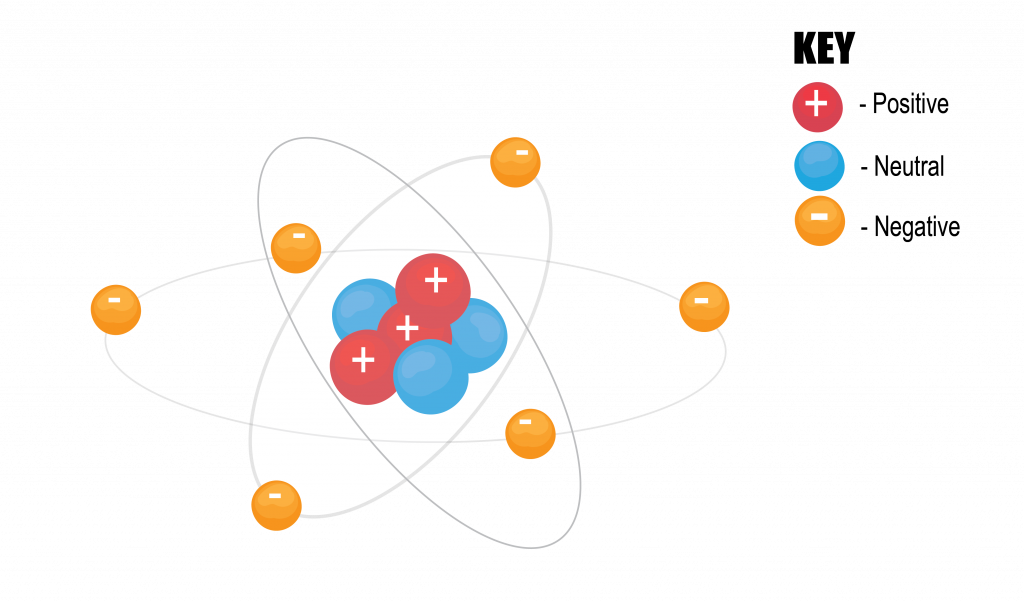 The electrons of one atom can interact with electrons of other atoms and form chemical bonds.  When two or more atoms of the same or different elements bond together they form molecules.  The way these atoms are arranged into molecules impacts their properties and functions.  One of the simplest molecules you may be familiar with is water, a molecule in which two hydrogen atoms are bound to an oxygen atom.

In biological organisms there are some important categories of molecules (called biomolecules) that are found in all forms of life.  We will highlight a few of the biomolecule categories here, including: