After the first meiotic cell division, the resulting cells have been reduced from diploid to haploid because they now only have either a maternal or a paternal copy of each gene. However, each of these chromosomes still has two complete copies of DNA (the sister chromatids). The second meiotic division divides the sister chromatids, ensuring that only one copy is passed down.

In meiosis II the two cells from meiosis I are further divided into two cells each (for four cells total). Meiosis II looks a lot like mitosis: the sister chromatids separate and the chromosomes migrate into separate cells that are nearly identical to each other.

In a lifetime, a human female can produce hundreds of eggs and a human male hundreds of billions of sperm, essentially all of which will be genetically unique. However, most of these sex cells will never be used. 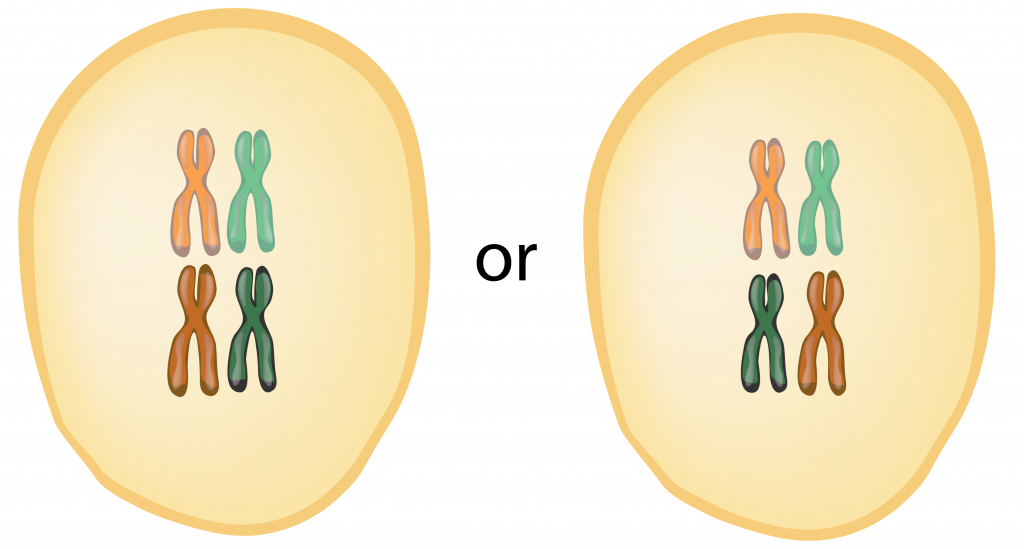