Skip to content
Recall the examples of sex ratios in human populations by country, discussed in the introduction to this Chapter. In Australia, which has a sex ratio at birth of 1.06, has a total sex ratio close to 1.00, largely due to differential mortality throughout the life span (girls have higher survival). But what about Bahrain (1.54 M:F) and El Salvador (0.92 M:F)? A close look at Bahrain’s age-structured sex ratios suggests that the high overall sex ratio is the result of immigration, especially that of younger men capable of manual labor in Bahrain’s petroleum industry. 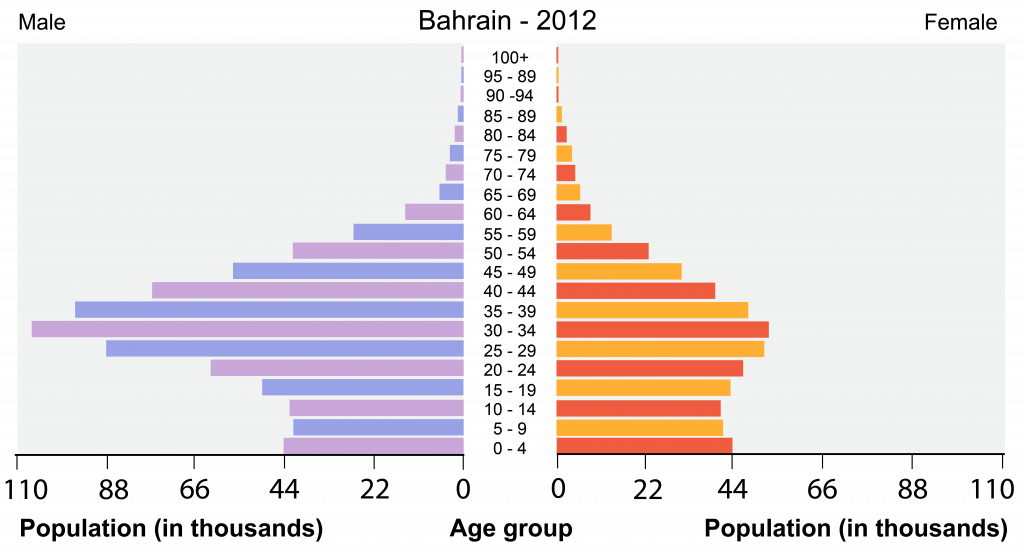 In El Salvador, a 1.05 sex ratio at birth is part of a 0.92 sex ratio overall. This low sex ratio is likely due to the sort of differential mortality (due to accidental death and disease) observed in males across the globe, as well as the high incidence of violent, gang-related crime (disproportionately impacting males) that has plagued this country for several decades.
Note that these proposed explanations are largely hypothetical. It’s not possible to directly pinpoint the impact of a single factor on a population’s sex ratio. What is clear, however, is that population sex ratios are context-dependent, due to multiple variables, and fascinating.