As discussed in the beginning of this chapter, the yolk of your breakfast egg is a single cell. Within the yolk is a structure called the germinal disk, which contains the nucleus and the cell’s DNA. The yolk material (the yellow stuff) is part of the cytoplasm that contains lipids, proteins, and sugars that would be used for the developing chicken if the egg were fertilized (the eggs you get from the grocery store are likely not fertilized as the chickens were likely never near a rooster to fertilize them).  The egg white is mostly protein and water, serving as a protective layer for the egg and for additional nutrients.

Your omelet is delicious and also has a lot of biology happening inside! 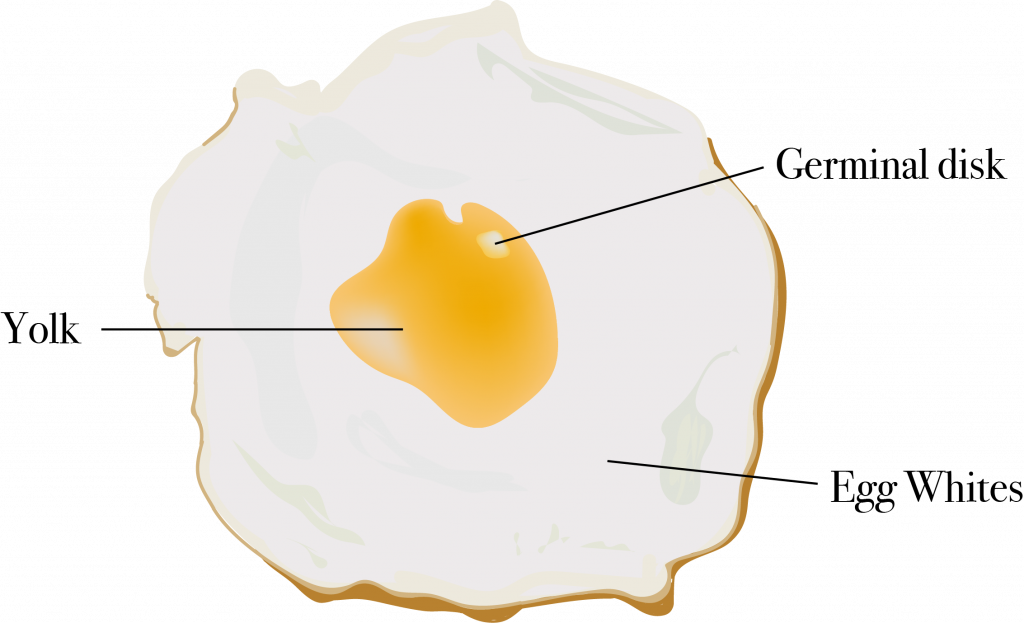