Evidence for human mating preferences is, by its very nature, complicated.  Who we choose for mates is affected by factors such as appearance, grooming, education, class, dancing ability and preferred sports team.  However there is evidence that human mate choice might be linked to MHC genes.  A number of experiments have suggested that human females prefer the scent of males who are dissimilar to them in MHC (Box 4).  Moreover, women rank a man’s scent as the most important factor (more important than sight, sound and feel) in mate choice.  In a fascinating twist, one study has shown that people who share MHC genotypes choose similar perfumes, suggesting that perfume preferences might serve to amplify your MHC display.

In another study, researchers analyzed the alleles of couples at several MHC genes and asked them questions regarding sexual attraction and sexual activities.  They found that the higher the proportion of shared MHC alleles a couple have, the less sexually receptive the female is to her partner. Also, the more similar a female is to her partner, the more likely she is to be attracted to males other than her partner, especially while she is most fertile (that is, when she is ovulating).  Moreover, the couples with a higher proportion of shared MHC alleles were more likely to have a greater number of sexual partners outside the relationship. These data suggest that humans, like non-human animals, use mate-choice strategies to select mates with different MHC alleles. In support of the above prediction, individuals choose mates that maximize diversity in their offspring.

To truly ascribe an evolutionary benefit to these MHC-related preferences in humans, there must be a fitness benefit to mate choices that rely on MHC complementarity. Alternatively, there may be a fitness cost to choosing a mate that is too similar at his or her MHC genes. Either way, this type of information is difficult to collect in human populations. However, a study of couples that suffered two or more miscarriages revealed that they were more likely to share MCH alleles than were couples without recurrent miscarriages.

Obviously, we cannot ascribe all of human mate choice and reproductive success to MHC, nor would we attribute all of sand-lizard mating behavior to MHC alleles. However, there is evidence that humans show a preference for mates who have complementary MHC, they are more faithful to partners with different MHC, and there is a potential cost to poor mate choices. Collectively, these lines of evidence support The Red Queen hypothesis for the evolution and maintenance  of sex.

Human mate choices are complicated!  Recent work has attempted to isolate females’ preferences for male scents. In a typical experiment, men are asked to refrain, from smoking, sex, spicy foods, and from using any scented products during the study period.  In addition, the men are asked to sleep in the same t-shirt for two or three days.  Female participants then smell the t-shirts that have been stored in sealed plastic bags and rate the attractiveness of the smell.

On average, women rate the smell of the t-shirts of men whose MHC genotype was distinct from their own as significantly more pleasant than those with a similar MHC genotype.  Interestingly, this trend only held up for women not taking oral contraceptives.  A recent phenomenon Figure 7.13) is the interest in scent parties, in which people can rate the attractiveness of each other’s t-shirts and then meet the person whose scent is interesting to them. 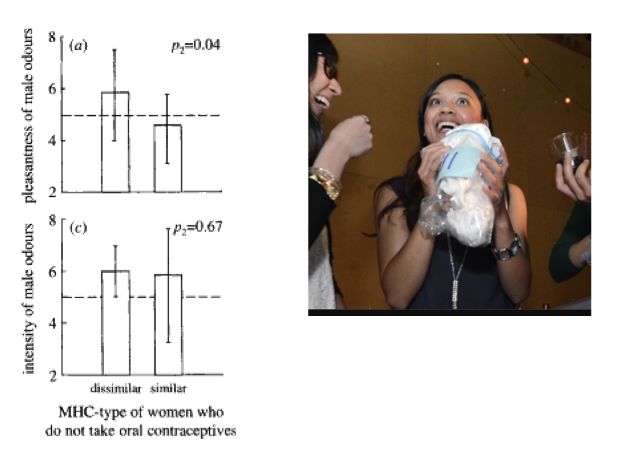 Figure 7.13.A woman at a scent party discovering a t-shirt that perhaps has an appealing smell