As you probably realize by now, most theories and discussions of socialization concern childhood. However, socialization continues throughout the several stages of the life course, most commonly categorized as childhood, adolescence, adulthood, and old age. Within each of these categories, scholars further recognize subcategories, such as early adolescence and late adolescence, early adulthood and middle adulthood, and so forth. This section sketches some important aspects of the major life course stages.

Despite increasing recognition of the entire life course, childhood (including infancy) certainly remains the most important stage of most people’s lives for socialization and for the cognitive, emotional, and physiological development that is so crucial during the early years of anyone’s life. We have already discussed what can happen if an infant does not receive “normal” socialization from at least one adult, and feral children are a sad reminder that socialization is necessary to produce an entity that not only looks human but really is human in the larger sense of the word.

Beyond this basic importance of childhood, however, lies an ugly truth. In regard to education, health, and other outcomes, many children do not fare well during childhood. Moreover, how well they do fare often depends on their social location—their social class, their race and ethnicity, and their gender. The Federal Interagency Forum on Child and Family Statistics regularly publishes a report called America’s Children: Key National Indicators of Well-Being (including a shorter version in some years). This report provides an annual update of how children are faring on more than three dozen measures. The Forum’s latest report, published in July 2010, provided some disturbing facts about children’s well-being, and it also showed the difference that social location makes for their well-being (Federal Interagency Forum on Child and Family Statistics, 2010).

In one important finding, only about 55% of children aged 3–5 and not in kindergarten had a family member read to them daily. This figure varied by income level. Only 40% of children in families below the poverty level profited in this way, compared to 64% of children whose families’ incomes were at least twice as high as the poverty level. 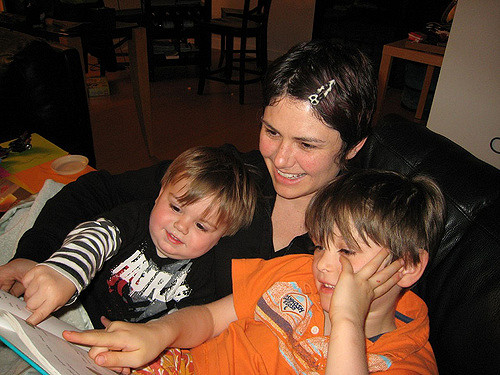 In other important findings, about one-fifth of U.S. children lived in poverty in 2008, a figure that rose to more than 30% of African American and Latino children. As well, slightly more than one-fifth of children were in families that sometimes were “food insecure,” meaning they had trouble providing food for at least one family member. More than 40% of households with children in 2007 were characterized by crowded or physically inadequate conditions.

What happens during childhood can have lifelong consequences. Traumatic experiences during childhood—being neglected or abused, witnessing violence, being seriously injured, and so forth—put youngsters at much greater risk for many negative outcomes. They are more likely to commit serious delinquency during adolescence, and, throughout the life course, they are more likely to experience various psychiatric problems, learning disorders, and substance abuse. They are also less likely to graduate high school or attend college, to get married or avoid divorce if they do marry, and to gain and keep a job (Adams, 2010). The separate stages of the life course are really not that separate after all.

As many readers may remember, adolescence can be a very challenging time. Teenagers are no longer mere children, but they are not yet full adults. They want their independence, but parents and teachers keep telling them what to do. Peer pressure during adolescence can be enormous, and tobacco, alcohol, and other drug use become a serious problem for many teens.

These are all social aspects of adolescence, but adolescence also is a time of great biological change—namely, puberty. Puberty obviously has noticeable physiological consequences and, for many adolescents, at least one very important behavioral consequence—sexual activity. But early puberty also seems to have two additional effects: among both boys and girls, it increases the likelihood of delinquency and also the likelihood of becoming a victim of violence (Schreck, Burek, Stewart, & Miller, 2007). These twin consequences are thought to happen for at least two reasons. First, early puberty leads to stress, and stress leads to antisocial behavior (which can also result in violence against the teen committing the behavior). Second, teens experiencing early puberty (early maturers) are more likely to hang out with older teens, who tend to be more delinquent because they are older. Because their influence “rubs off,” early maturers get into trouble more often and are again more likely to also become victims of violence.

Romantic relationships, including the desire to be in such a relationship, also matter greatly during adolescence. Wishful thinking, unrequited love, and broken hearts are common. Dating multiple partners is thought to contribute to delinquency and substance abuse, in part because dating occurs at parties and in other unsupervised settings where delinquency and drug use can occur, and in part because the emotional problems sometimes accompanying dating may result in delinquency, drug use, or both (Seffrin, Giordano, Manning, & Longmore, 2009).

As the discussion on childhood suggested, social class, race and ethnicity, and gender continue to affect the experiences of individuals during adolescence. Adolescence can certainly be an interesting stage of the life course, but how we fare during adolescence is often heavily influenced by these three fundamental aspects of our social location.

Adulthood is usually defined as the 18–64 age span. Obviously, 18-year-olds are very different from 64-year-olds, which is why scholars often distinguish young adults from middle-age adults. In a way, many young adults, including most readers of this book, delay entrance into “full” adulthood by going to college after high school and, for some, then continuing to be a student in graduate or professional school. By the time the latter obtain their advanced degree, many are well into their 30s, and they finally enter the labor force full time perhaps a dozen years after people who graduate high school but do not go on to college. These latter individuals may well marry, have children, or both by the time they are 18 or 19, while those who go to college and especially those who get an advanced degree may wait until their late 20s or early to mid-30s to take these significant steps. 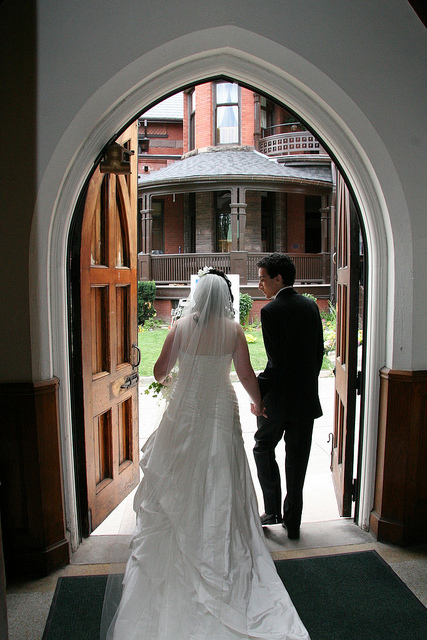 Marriage and parenthood are “turning points” in many young adults’ lives that help them to become more settled and to behave better than they might have behaved during adolescence.

One thing is clear from studies of young adulthood: people begin to “settle down” as they leave their teenage years, and their behavior generally improves. At least two reasons account for this improvement. First, as scientists are increasingly recognizing, the teenaged brain is not yet fully mature physiologically. For example, the frontal lobe, the region of the brain that governs reasoning and the ability to consider the consequences of one’s actions, is not yet fully formed, leaving teenagers more impulsive. As the brain matures into the mid- and late 20s, impulsiveness declines and behavior improves (Ruder, 2008).

Second, as sociologists recognize, young adulthood is a time when people’s “stakes” in society and conformity become stronger. Many get married, some have children, and most obtain their first full-time job. These “turning points,” as they are called, instill a sense of responsibility and also increase the costs of misbehavior. If you are married, your spouse might not be very happy to have you go barhopping every weekend night or even more often; if you are employed full time, your employer might not be very happy to have you show up hung over. Marriage and employment as turning points thus help account for the general improvement in behavior that occurs after people reach adulthood (Laub, Sampson, & Sweeten, 2006).

Social class, race and ethnicity, and gender continue to affect how people fare during adulthood. Chapter 8 “Social Stratification” through Chapter 11 “Gender and Gender Inequality” and sections in some subsequent chapters discuss this important but discouraging fact of our social world.

This stage of the life course unofficially begins at age 65. Once again, scholars make finer distinctions—such as “young-old” and “old-old”—because of the many differences between people who are 65 or 66 and those who are 85, 86, or even older. Chapter 12 “Aging and the Elderly” is devoted entirely to this period of the life course. Here we will just indicate that old age can be a fulfilling time of life for some people but one filled with anxiety and problems for other people, with social location (social class, race and ethnicity, and gender) once again often making a considerable difference. These problems are compounded by the negative views and even prejudice that many Americans have toward old age and toward people who are old. Because we all want to be old someday, the discussion of aging and the elderly in Chapter 12 “Aging and the Elderly” should be of special interest.