Modernization refers to the process and impact of becoming more modern. More specifically, it refers to the gradual shift from hunting-and-gathering societies to postmodern societies, as outlined in Chapter 5 “Social Structure and Social Interaction”, and perhaps especially to the changes brought by the Industrial Revolution of the 19th century.

The terms modern and modernization have positive connotations; it sounds good to modernize and to be modern. Modernization implies that progress has been made and is continuing to be made, and who would not want progress? Yet modernization also has a downside, as we will see in this section and in the later discussion of the environment.

A related problem with the terms and concepts of modern and modernization is that many people think of Western nations when considering the most modern nations in the world today. This implies that Western society is the ideal to which other societies should aspire. While there are many good things about Western societies, it is important to avoid the ethnocentrism of assuming that Western societies are better because they are more modern. In fact, one reason that many people in the Middle East and elsewhere dislike the United States is that they resent the “Westernization” of their societies from the influence of the United States and other wealthy Western nations. When they see Coca-Cola and Pepsi logos and the McDonald’s golden arches in their nations, they fear Western influence and the loss of their own beliefs and traditions.

We can draw on their efforts and related work by later sociologists and by anthropologists to develop an idea of the differences modernization has made for societies and individuals. Several dimensions and effects of modernization seem apparent (Nolan & Lenski, 2009).

First, as societies evolve, they become much larger and more heterogeneous. This means that people are more different from each other than when societies were much smaller, and it also means that they ordinarily cannot know each other nearly as well. Larger, more modern societies thus typically have weaker social bonds and a weaker sense of community than small societies and place more of an emphasis on the needs of the individual. 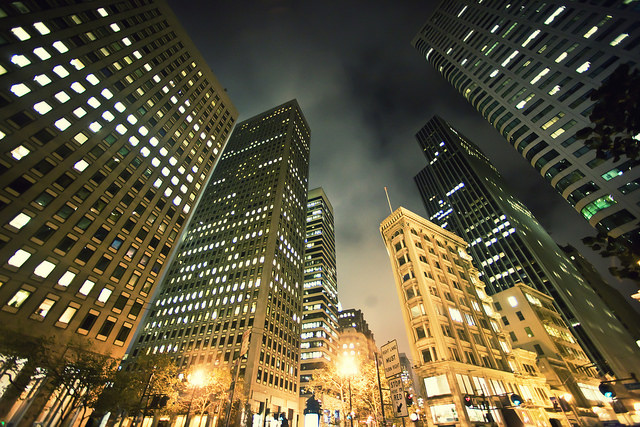 As societies become more modern, they begin to differ from nonmodern societies in several ways. In particular, they become larger and more heterogeneous, they lose their traditional ways of thinking, and they gain in individual freedom and autonomy.

We can begin to appreciate the differences between smaller and larger societies when we contrast a small college of 1,200 students with a large university of 40,000 students. Perhaps you had this contrast in mind when you were applying to college and had a preference for either a small or a large institution. In a small college, classes might average no more than 20 students; these students get to know each other well and often have a lot of interaction with the professor. In a large university, classes might hold 600 students or more, and everything is more impersonal. Large universities do have many advantages, but they probably do not have as strong a sense of community as is found at small colleges.

A second aspect of modernization is a loss of traditional ways of thinking. This allows a society to be more creative and to abandon old ways that may no longer be appropriate. However, it also means a weakening or even ending of the traditions that helped define the society and gave it a sense of identity.

A third aspect of modernization is the growth of individual freedom and autonomy. As societies grow, become more impersonal, and lose their traditions and sense of community, their norms become weaker, and individuals thus become freer to think for themselves and to behave in new ways. Although most of us would applaud this growth in individual freedom, it also means, as Émile Durkheim (1895/1962) recognized long ago, that people feel freer to deviate from society’s norms and thus to commit deviance. If we want a society that values individual freedom, Durkheim said, we automatically must have a society with deviance.

Is modernization good or bad? This is a simplistic question about a very complex concept, but a quick answer is that it is both good and bad. We see evidence for both responses in the views of sociologists Ferdinand Tönnies, Weber, and Durkheim. As Chapter 5 “Social Structure and Social Interaction” discussed, Tönnies (1887/1963) said that modernization meant a shift from Gemeinschaft (small societies with strong social bonds) to Gesellschaft (large societies with weaker social bonds and more impersonal social relations). Tönnies lamented the loss of close social bonds and of a strong sense of community resulting from modernization, and he feared that a sense of rootlessness begins to replace the feeling of stability and steadiness characteristic of small, older societies.

Weber (1921/1978) was also concerned about modernization. The hallmarks of modernization, he thought, are rationalization, a loss of tradition, and the rise of impersonal bureaucracy. He despaired over the impersonal quality of rational thinking and bureaucratization, as he thought it was a dehumanizing influence.

Durkheim (1893/1933) took a less negative view of modernization. He certainly appreciated the social bonds and community feeling, which he called mechanical solidarity, characteristic of small, traditional societies. However, he also thought that these societies stifled individual freedom and that social solidarity still exists in modern societies. This solidarity, which he termed organic solidarity, stems from the division of labor, in which everyone has to depend on everyone else to perform their jobs. This interdependence of roles, Durkheim said, creates a solidarity that retains much of the bonding and sense of community found in premodern societies.

We have already commented on important benefits of modernization that are generally recognized: modernization promotes creativity and individual freedom and autonomy. These developments in turn usually mean that a society becomes more tolerant of beliefs and behaviors that it formerly would have disapproved and even condemned. Modern societies, then, generally feature more tolerance than older societies. Many people, undoubtedly including most sociologists, regard greater tolerance as a good thing, but others regard it as a bad thing because they favor traditional beliefs and behaviors.

Beyond these abstract concepts of social bonding, sense of community, and tolerance, modern societies are certainly a force for both good and bad in other ways. They have produced scientific discoveries that have saved lives, extended life spans, and made human existence much easier than imaginable in the distant past and even in the recent past. But they have also polluted the environment, engaged in wars that have killed tens of millions, and built up nuclear arsenals that, even with the end of the Cold War, still threaten the planet. Modernization, then, is a double-edged sword. It has given us benefits too numerous to count, but it also has made human existence very precarious.

Sociological perspectives on social change fall into the functionalist and conflict approaches. As usual, both views together offer a more complete understanding of social change than either view by itself (Vago, 2004). Table 20.1 “Theory Snapshot” summarizes their major assumptions.

The functionalist understanding of social change is based on insights developed by different generations of sociologists. Early sociologists likened change in society to change in biological organisms. Taking a cue from the work of Charles Darwin, they said that societies evolved just as organisms do, from tiny, simple forms to much larger and more complex structures. When societies are small and simple, there are few roles to perform, and just about everyone can perform all of these roles. As societies grow and evolve, many new roles develop, and not everyone has the time or skill to perform every role. People thus start to specialize their roles and a division of labor begins. As noted earlier, sociologists such as Durkheim and Tönnies disputed the implications of this process for social bonding and a sense of community, and this basic debate continues today.

Several decades ago, Talcott Parsons (1966), the leading 20th-century figure in functionalist theory, presented an equilibrium model of social change. Parsons said that society is always in a natural state of equilibrium, defined as a state of equal balance among opposing forces. Gradual change is both necessary and desirable and typically stems from such things as population growth, technological advances, and interaction with other societies that brings new ways of thinking and acting. However, any sudden social change disrupts this equilibrium. To prevent this from happening, other parts of society must make appropriate adjustments if one part of society sees too sudden a change. 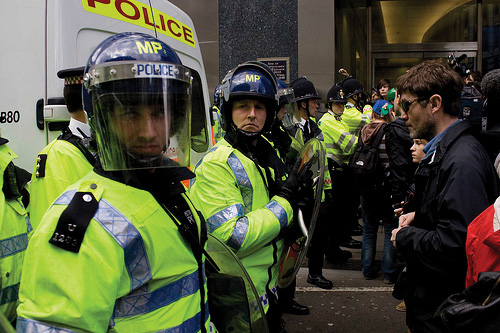 The functionalist perspective has been criticized on a few grounds. The perspective generally assumes that the change from simple to complex societies has been very positive, when in fact, as we have seen, this change has also proven costly in many ways. It might well have weakened social bonds, and it has certainly imperiled human existence. Functionalist theory also assumes that sudden social change is highly undesirable, when such change may in fact be needed to correct inequality and other deficiencies in the status quo.

Whereas functional theory assumes the status quo is generally good and sudden social change is undesirable, conflict theory assumes the status quo is generally bad. It thus views sudden social change in the form of protest or revolution as both desirable and necessary to reduce or eliminate social inequality and to address other social ills. Another difference between the two approaches concerns industrialization, which functional theory views as a positive development that helped make modern society possible. In contrast, conflict theory, following the views of Karl Marx, says that industrialization exploited workers and thus increased social inequality.

In one other difference between the two approaches, functionalist sociologists view social change as the result of certain natural forces, which we will discuss shortly. In this sense, social change is unplanned even though it happens anyway. Conflict theorists, however, recognize that social change often stems from efforts by social movements to bring about fundamental changes in the social, economic, and political systems. In his sense social change is more “planned,” or at least intended, than functional theory acknowledges.

Critics of conflict theory say that it exaggerates the extent of social inequality and that it sometimes overemphasizes economic conflict while neglecting conflict rooted in race/ethnicity, gender, religion, and other sources. Its Marxian version also erred in predicting that capitalist societies would inevitably undergo a socialist-communist revolution.