Intimates commit violence against each other in many ways: they can hit with their fists, slap with an open hand, throw an object, push or shove, or use or threaten to use a weapon. When all of these acts and others are combined, we find that much intimate violence occurs. While we can never be certain of the exact number of intimates who are attacked, the U.S. Department of Justice estimates from its National Crime Victimization Survey that almost 600,000 acts of violence (2008 data) are committed annually by one intimate against another intimate; 85% of these acts are committed by men against women (Rand, 2009). Another national survey about a decade ago found that 22% of U.S. women had been physically assaulted by a spouse or partner at some point in their lives (Tjaden & Thoennes, 1998). This figure, if still true, translates to more than 20 million women today. A national survey of Canadian women found that 29% had been attacked by a spouse or partner (Randall, 1995). Taken together, these different figures all indicate that intimate partner violence is very common and affects millions of people. 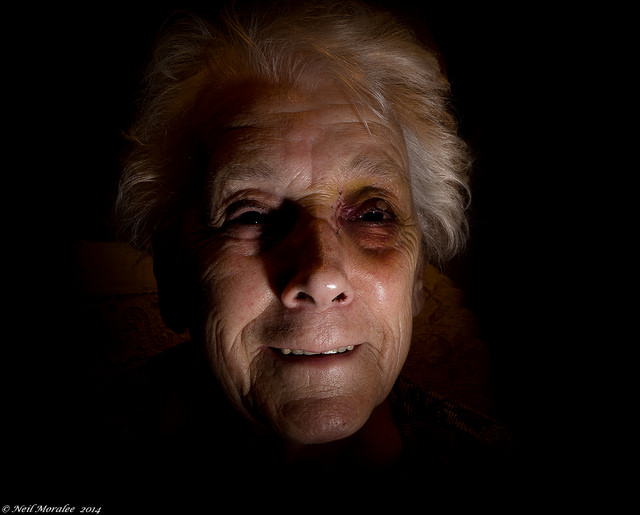 According to some estimates, about one-fifth of U.S. women have been assaulted by a spouse or partner at least once in their lives.

Some observers claim that husbands are just as likely as wives to be beaten by a spouse, and there is evidence that husbands experience an act of violence from their wives about as often as wives do from their husbands. Yet this “gender equivalence” argument has been roundly criticized. Although women do commit violence against husbands and boyfriends, their violence is less serious (e.g., a slap compared to using a fist) and usually in self-defense to their husbands’ violence. And although some studies find an equal number of violent acts committed by husbands and wives, other studies find much more violence committed by husbands (Johnson, 2006).

Why do men hit their wives, partners, and girlfriends? As with rape (see Chapter 11 “Gender and Gender Inequality”), sociologists answer this question by citing both structural and cultural factors. Structurally, women are the subordinate gender in a patriarchal society and, as such, are more likely to be victims of violence, whether it is rape or intimate violence. Intimate violence is more common in poor families, and economic inequality thus may lead men to take out their frustration over their poverty on their wives and girlfriends (Martin, Vieraitis, & Britto, 2006).

Cultural myths also help explain why men hit their wives and girlfriends (Gosselin, 2010). Many men continue to believe that their wives should not only love and honor them but also obey them, as the traditional marriage vow says. If they view their wives in this way, it becomes that much easier to hit them. In another myth many people ask why women do not leave home if the hitting they suffer is really that bad. The implication is that the hitting cannot be that bad because they do not leave home. This reasoning ignores the fact that many women do try to leave home, which often angers their husbands and ironically puts the women more at risk for being hit, or they do not leave home because they have nowhere to go (Kim & Gray, 2008). Battered women’s shelters are still few in number and can accommodate a woman and her children for only 2 or 3 weeks. Many battered women also have little money of their own and simply cannot afford to leave home. The belief that battering cannot be that bad if women hit by their husbands do not leave home ignores all of these factors and is thus a myth that reinforces spousal violence against women.

Because intimate partner violence is so common, it is no surprise that much of it occurs among college students. Some studies suggest that one-fifth of intimate relationships on campus involve at least some violence. Young people (aged 16–24) report the highest rates of domestic and dating violence in government surveys. As one advocate of programs to end dating violence observes, “It’s incredibly common both at the high school and college levels” (Kinzie, 2010, A9).

In May 2010, Yeardley Love, a University of Virginia senior, was allegedly killed by her ex-boyfriend on the campus (Yanda, Johnson, & Vise, 2010). Her death prompted many campuses to assess whether they had been doing enough to prevent dating violence and to deal adequately with the offenders who were committing it (Kinzie, 2010). Some officials said that stalking on campuses had been increasing because social media and technology like texting has made it easier to know someone’s location. But some campuses were in states that made it more difficult to deal with dating violence. Virginia, for example, does not permit protective orders against someone a person is dating; instead, the offender must be a spouse, a live-in partner, or the parent of one’s child. This restriction obviously prevents many Virginia students from obtaining protective orders.

One of the hardest behaviors to understand is child abuse, which can be both physical and sexual in nature. Children can also suffer from emotional abuse and practical neglect.

It is especially difficult to know how much child abuse occurs. Infants obviously cannot talk, and toddlers and older children who are abused usually do not tell anyone about the abuse. They might not define it as abuse, they might be scared to tell on their parents, they might blame themselves for being abused, or they might not know whom they could talk to about their abuse. Whatever the reason, they usually remain silent, making it very difficult to know how much abuse takes place. 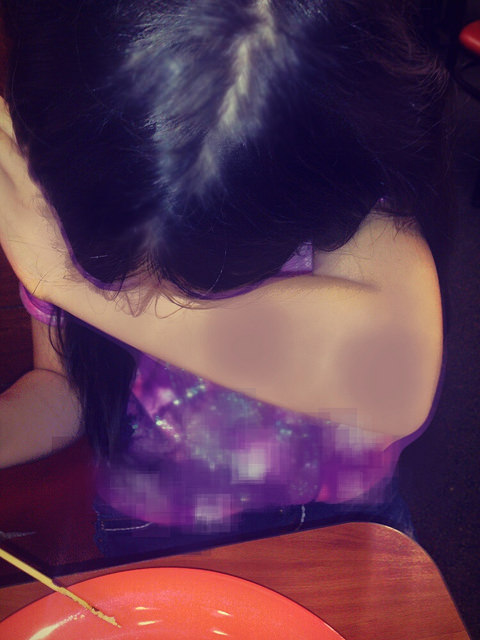 Government data estimate that about 800,000 children are abused or neglected each year. Because most children do not report their abuse or neglect, the actual number is probably much higher.

Using information from child protective agencies throughout the country, the U.S. Department of Health and Human Services estimates that about 800,000 children (2007 data) are victims of child abuse and neglect annually (Administration on Children Youth and Families, 2009). This figure includes some 80,000 cases of physical abuse; 56,000 cases of sexual abuse; 437,000 cases of neglect; 31,000 cases of psychological maltreatment; and 7,000 cases of medical neglect. The total figure represents about 1.1% of all children under the age of 18. Obviously this is just the tip of the iceberg, as many cases of child abuse never become known. A 1994 Gallup Poll asked adult respondents about physical abuse they suffered as children. Twelve percent said they had been abused (punched, kicked, or choked), yielding an estimate of 23 million adults in the United States who were physically abused as children (Moore, 1994). Some studies estimate that about 25% of girls and 10% of boys are sexually abused at least once before turning 18 (Garbarino, 1989). In the study of Toronto women discussed earlier, 42% said they had been sexually abused before turning 16 (Randall & Haskell, 1995). Whatever the true figure is, most child abuse is committed by parents, step-parents, and other people the children know, not by strangers.

Why does child abuse occur? Structurally speaking, children are another powerless group and, as such, are easy targets of violence. Moreover, the best evidence indicates that child abuse is more common in poorer families. The stress these families suffer from their poverty is thought to be a major reason for the child abuse occurring within them (Gosselin, 2010). As with spousal violence, then, economic inequality is partly to blame for child abuse. Cultural values and practices also matter. In a nation where, as we saw, so many people think a good, hard spanking is sometimes necessary to discipline a child, it is inevitable that physical child abuse will occur, because there is a very thin line between a hard spanking and physical abuse: not everyone defines a good, hard spanking in the same way. As two family violence scholars once noted, “Although most physical punishment [of children] does not turn into physical abuse, most physical abuse begins as ordinary physical punishment” (Wauchope & Straus, 1990, p. 147).

As perhaps our most important and also most controversial social institution, the family seems to arouse strong passions from almost everyone. Sociological theory and research, along with research from the other social sciences, have important implications for how our society should address the various family issues discussed in this chapter.

One set of implications concerns the many children and families living in poverty. The households in which they live are mostly headed by women, and the majority of these households are the result of divorce. The programs and policies outlined in Chapter 6 “Groups and Organizations” are certainly relevant for any efforts to help these families. These efforts include, but are not limited to, increased government financial support, vocational training and financial aid for schooling for women who wish to return to the labor force or to increase their wages, early childhood visitation and intervention programs, and increases in programs providing nutrition and medical care to poor women and their children (Cherlin, 2009). In all of these efforts, the United States has much to learn from the nations of Western Europe (see the “Learning From Other Societies” box in Chapter 11 “Gender and Gender Inequality”, Section 11.4 “Violence Against Women: Rape and Pornography”).

Another issue and set of implications concern family violence. To the extent that much violence against intimates and children is rooted in the frustration and stress accompanying poverty, efforts that reduce poverty will also reduce family violence. And to the extent that gender inequality helps explain violence against women, continuing and strengthening efforts to reduce gender inequality should also reduce violence against intimates, as most of this violence is directed by men against women. Further, if, as many scholars believe, the violent nature of masculinity helps account for violence men commit against their wives and girlfriends, then efforts to change male gender-role socialization should also help. Turning to child abuse, because so much child abuse remains unknown to child protective authorities, it is difficult to reduce its seriousness and extent. However, certain steps might still help. Because child abuse seems more common among poorer families, then efforts that reduce poverty should also reduce child abuse. The home visitation programs mentioned earlier to help poor children also help reduce child abuse. Although, as noted earlier, approval of spanking is deeply rooted in our culture, a national educational campaign to warn about the dangers of spanking, including its promotion of children’s misbehavior, may eventually reduce the use of spanking and thus the incidence of child physical abuse.

A final issue for which research by sociologists and other scholars is relevant is divorce. There is much evidence to suggest that divorce has very negative consequences for spouses and children, and there is also much evidence to suggest that these consequences arise not from the divorce itself but rather from the conflict preceding the divorce and the poverty into which many newly single-parent households are plunged. There is also evidence that spouses and children fare better after a divorce from a highly contentious marriage. Efforts to help preserve marriages should certainly continue, but these efforts should proceed cautiously or not proceed at all for the marriages that are highly contentious. To the extent that marital conflict partly arises from financial difficulties, once again government efforts that help reduce poverty should also help preserve marriages.

Cherlin, A. J. (2009). The marriage-go-round: The state of marriage and the family in America today. New York, NY: Knopf.