How should parents raise their children? Given the critical importance of the first few years and even months of life for a child’s intellectual, emotional, and behavioral development, it is essential to identify the best ways to raise kids. We can talk about how much time parents should spend with their children, how often they should read to them, what time they should put them to bed, and other topics. But for many people the question of raising children means how parents should discipline their children. While no one right answer to this question exists that will satisfy everyone, scholars identify at least four styles of discipline (Welch, 2010). We will look briefly at these types and at a related issue, spanking.

The first style of discipline, and the one that most childhood scholars favor, is called authoritative or firm-but-fair discipline. In this style of discipline, parents set clear rules for their children’s behavior but at the same time let their kids exercise independent judgment. When their children do misbehave, the parents patiently explain to them why their behavior was wrong and, if necessary, discipline them with time-outs, groundings, and similar responses. They rarely, if ever, spank their children and in general provide them much emotional support. Most childhood experts think authoritative discipline aids children’s moral development and helps produce children who are well behaved (Ginsburg, Durbin, Garcia-España, Kalicka, & Winston, 2009).

Many parents instead practice authoritarian discipline. These parents set firm but overly restrictive rules for their children’s behavior and are generally not very warm toward them. When their children misbehave, the parents may yell at them and punish them with relatively frequent and even harsh spankings. Although these parents think such punishment is necessary to teach kids how to behave, many childhood experts think their authoritarian discipline ironically produces children who are more likely to misbehave (McKee et al., 2007). 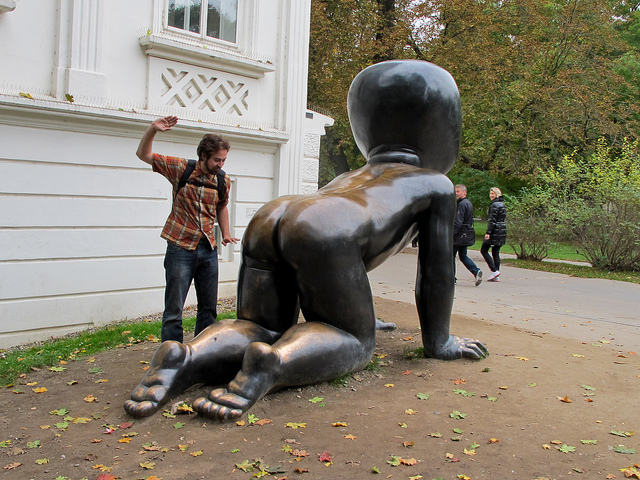 Parents who practice authoritarian discipline may often spank their children, but spanking is thought to promote antisocial behavior among children overall rather than to inhibit it.

A third style of discipline is called lax or permissive. As these names imply, parents set few rules for their children’s behavior and don’t discipline them when they misbehave. These children, too, are more apt than children raised by authoritative parents to misbehave during childhood and adolescence.

Uninvolved discipline is the fourth and final type. Parents who practice this style generally provide their children little emotional support and fail to set rules for their behavior. This style of parenting is associated with antisocial behavior by children and other negative outcomes, especially when compared with authoritative parenting.

One reason that authoritative discipline is better than authoritarian discipline for children is that it avoids spanking in favor of other, more “reasoning” types of discipline and punishment. Many experts think spanking is bad for children and makes them more likely, not less likely, to misbehave. Spanking, they say, teaches children that they should behave to avoid being punished. This lesson makes children more likely to misbehave if they think they will not get caught, as they do not learn to behave for its own sake. Spanking also teaches children it is acceptable to hit someone to solve an interpersonal dispute and even to hit someone if you love her or him, because that is what spanking is all about. Children who are spanked may also resent their parents more than children raised authoritatively and thus be more likely to misbehave because their relationship with their parents is not as close. Thus even though parents who spank do so because they believe in the old saying “Spare the rod and spoil the child,” spanking ironically can make children more likely, not less likely, to misbehave (Berlin et al., 2009).

Despite the modern evidence on spanking, most Americans continue to approve of it: almost three-quarters think that it’s “sometimes necessary to discipline a child with a good, hard spanking” (see Figure 15.8 “Percentage Agreeing That “It Is Sometimes Necessary to Discipline a Child With a Good, Hard Spanking””). However, families do differ in the degree to which they use spanking and, more generally, the degree to which they practice authoritative versus authoritarian or the other styles of discipline. Several decades ago, Melvin Kohn (1969) found that working-class parents were more likely than middle-class parents to practice authoritarian discipline. In a related area, they were more likely than their middle-class counterparts to emphasize obedience rather than thinking for oneself as something their children should learn. To explain these social class differences, Kohn reasoned that working-class jobs tend to involve strict obedience to orders from a boss, while middle-class ones are more apt to involve autonomy and independent exercise of judgment. The values parents learn from their workplaces affect how they raise their children and the values they teach their children.

Figure 15.8 Percentage Agreeing That “It Is Sometimes Necessary to Discipline a Child With a Good, Hard Spanking” 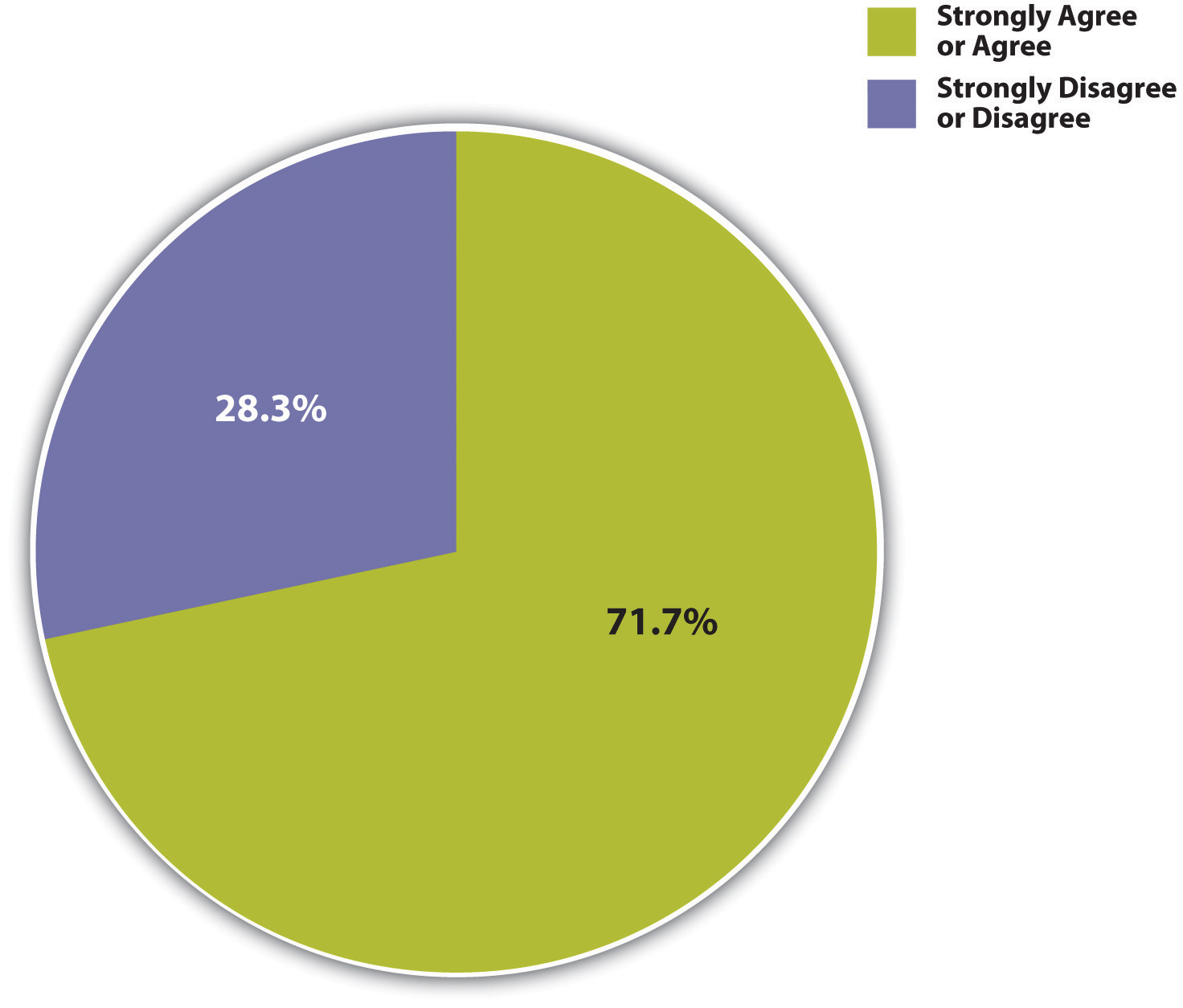