Race and ethnicity have torn at the fabric of American society ever since the time of Christopher Columbus, when about 1 million Native Americans were thought to have populated the eventual United States. By 1900, their numbers had dwindled to about 240,000, as tens of thousands were killed by white settlers and U.S. troops and countless others died from disease contracted from people with European backgrounds. Scholars have said that this mass killing of Native Americans amounted to genocide (Wilson, 1999).

African Americans obviously also have a history of maltreatment that began during the colonial period, when Africans were forcibly transported from their homelands to be sold and abused as slaves in the Americas. During the 1830s, white mobs attacked African Americans in cities throughout the nation, including Philadelphia, Cincinnati, Buffalo, and Pittsburgh. This mob violence led Abraham Lincoln to lament “the worse than savage mobs” and “the increasing disregard for law which pervades the country” (Feldberg, 1980, p. 4). The mob violence stemmed from a “deep-seated racial prejudice…in which whites saw blacks as ‘something less than human’” (Brown, 1975, p. 206) and continued well into the 20th century, when whites attacked African Americans in several cities, with at least seven antiblack riots occurring in 1919 alone that left dozens dead. Meanwhile, an era of Jim Crow racism in the South led to the lynchings of thousands of African Americans, segregation in all facets of life, and other kinds of abuses (Litwack, 2009). 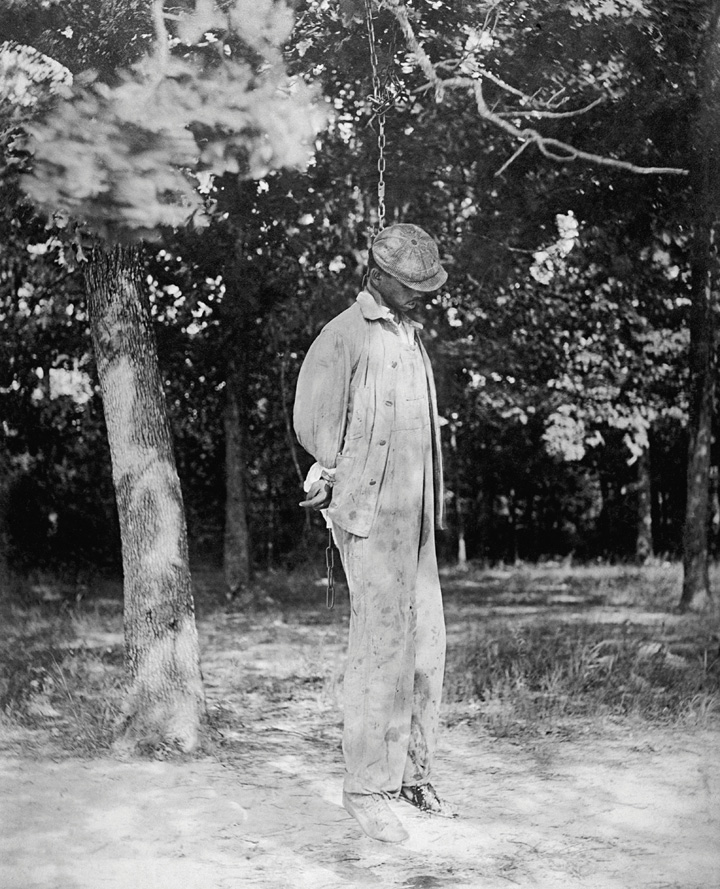 During the era of Jim Crow racism in the South, several thousand African Americans were lynched.

Blacks were not the only targets of native-born white mobs back then (Dinnerstein & Reimers, 2009). As immigrants from Ireland, Italy, Eastern Europe, Mexico, and Asia flooded into the United States during the 19th and early 20th centuries, they, too, were beaten, denied jobs, and otherwise mistreated. During the 1850s, mobs beat and sometimes killed Catholics in cities such as Baltimore and New Orleans. During the 1870s, whites rioted against Chinese immigrants in cities in California and other states. Hundreds of Mexicans were attacked and/or lynched in California and Texas during this period.

Not surprisingly, scholars have written about U.S. racial and ethnic prejudice ever since the days of slavery. In 1835, the great social observer Alexis de Tocqueville (1835/1994) despaired that whites’ prejudice would make it impossible for them to live in harmony with African Americans. Decades later, W. E. B. Du Bois (1903/1968, p. vii), one of the first sociologists to study race (see Chapter 1 “Sociology and the Sociological Perspective”), observed in 1903 that “the problem of the Twentieth Century is the problem of the color-line” and cited example after example of economic, social, and legal discrimination against African Americans.

Nazi racism in the 1930s and 1940s helped awaken Americans to the evils of prejudice in their own country. Against this backdrop, a monumental two-volume work by Swedish social scientist Gunnar Myrdal (1944) attracted much attention when it was published. The book, An American Dilemma: The Negro Problem and Modern Democracy, documented the various forms of discrimination facing blacks back then. The “dilemma” referred to by the book’s title was the conflict between the American democratic ideals of egalitarianism and liberty and justice for all and the harsh reality of prejudice, discrimination, and lack of equal opportunity. Using the common term for African American of his time, Myrdal wrote optimistically,


If America in actual practice could show the world a progressive trend by which the Negro finally became integrated into modern democracy, all mankind would be given faith again—it would have reason to believe that peace, progress, and order are feasible.…America is free to choose whether the Negro shall remain her liability or become her opportunity. (Myrdal, 1944, pp. 1121–1122)

Unfortunately, Myrdal was too optimistic, as legal segregation did not end until the Southern civil rights movement won its major victories in the 1960s. Even after segregation ended, improvement in other areas was slow. Thus in 1968, the so-called Kerner Commission (1968, p. 1), appointed by President Lyndon Johnson in response to the 1960s urban riots, warned in a famous statement, “Our nation is moving toward two societies, one black, one white—separate and unequal.” Despite this warning, and despite the civil rights movement’s successes, 30 years later writer David K. Shipler (1997, p. 10) felt compelled to observe that there is “no more intractable, pervasive issue than race” and that when it comes to race, we are “a country of strangers.” Sociologists and other social scientists have warned since then that the conditions of people of color have actually been worsening (Massey, 2007; W. J. Wilson, 2009). Despite the historic election of Barack Obama in 2008 as the first president of color, race and ethnicity remain an “intractable, pervasive issue.” As the old French saying goes, plus ça change, plus la meme chose (the more things change, the more they stay the same). Indeed, it would be accurate to say, to paraphrase Du Bois, that “the problem of the 21st century is the problem of the color line.” Evidence of this continuing problem appears in much of the remainder of this chapter.

Wilson, W. J. (2009). Toward a framework for understanding forces that contribute to or reinforce racial inequality. Race and Social Problems, 1, 3–11.