We both strongly believe that humans have come to a turning point in terms of our destruction of ecological resources and endangerment of human health. A daily look at the major newspapers points, without fail, to worsening environmental problems….Humans created these problems and we have the power to resolve them. Naturally, the longer we wait, the more devastating the problems will become; and the more we ignore the sociological dimensions of environmental decline the more our proposed solutions will fail.

A few facts and figures on selected issues will indicate the extent and seriousness of the environmental problem. 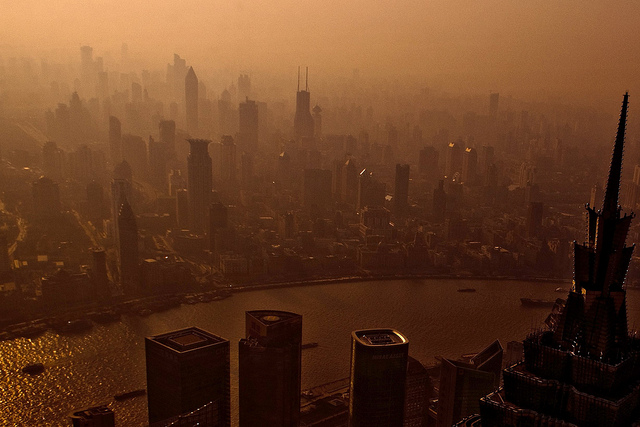 Air pollution probably kills thousands of Americans every year and 2 million people across the planet.

We have already mentioned that air pollution is estimated to kill at least 10,000 Americans, and possibly as many as 60,000, every year. The worldwide toll is much greater, and the World Health Organization (2008) estimates that 2 million people across the globe die every year from air pollution. These deaths typically result from the health conditions that air pollution causes, including heart disease, lung cancer, and respiratory disease such as asthma. Most air pollution stems from the burning of fossil fuels such as oil, gas, and coal. This problem occurs not only in the wealthy industrial nations but also in the nations of the developing world; countries such as China and India have some of the worst air pollution. In developing nations, mortality rates of people in cities with high levels of particulate matter (carbon, nitrates, sulfates, and other particles) are 15%–50% higher than the mortality rates of those in cleaner cities. In European countries, air pollution is estimated to reduce average life expectancy by 8.6 months. The World Health Organization (2008) does not exaggerate when it declares that air pollution “is a major environmental health problem affecting everyone in developed and developing countries alike.”

The burning of fossil fuels also contributes to global climate change, often called global warming, thanks to the oft-discussed greenhouse effect caused by the trapping of gases in the atmosphere that is turning the earth warmer, with a rise of almost 1°C during the past century. In addition to affecting the ecology of the earth’s polar regions and ocean levels throughout the planet, climate change threatens to produce a host of other problems, including increased disease transmitted via food and water, malnutrition resulting from decreased agricultural production and drought, and a higher incidence of hurricanes and other weather disasters. All these problems have been producing, and will continue to produce, higher mortality rates across the planet. The World Health Organization (2010) estimates that climate change annually causes more than 140,000 excess deaths worldwide. 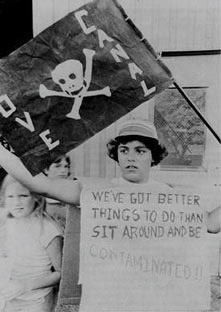 Love Canal, an area in Niagara Falls, New York, was the site of chemical dumping that led to many birth defects and other health problems.

Hazardous waste sites are parcels of land and water that have been contaminated by the dumping of dangerous chemicals into the ground by factories and other industrial buildings. The most famous (or rather, infamous) hazardous waste site in the United States is undoubtedly Love Canal, an area in a corner of Niagara Falls, New York. During the 1940s and 1950s, a chemical company dumped 20,000 tons of toxic chemicals into the canal and then filled it in with dirt and sold it for development to the local school board. A school and more than 800 homes, many of them low-income, were later built just near the site. The chemicals eventually leached into the groundwater, yards, and basements of the homes, reportedly causing birth defects and other health problems.