Because religion is such an important part of our society, sociologists and other observers have examined how religious thought and practice have changed in the last few decades. Two trends have been studied in particular: (a) secularization and (b) the rise of religious conservatism.

Secularization refers to the weakening importance of religion in a society. It plays less of a role in people’s lives, as they are less guided in their daily behavior by religious beliefs. The influence of religious organizations in society also declines, and some individual houses of worship give more emphasis to worldly concerns such as soup kitchens than to spiritual issues. There is no doubt that religion is less important in modern society than it was before the rise of science in the 17th and 18th centuries. Scholars of religion have tried to determine the degree to which the United States has become more secularized during the last few decades (Finke & Stark, 2005; Fenn, 2001).

The best evidence shows that religion has declined in importance since the 1960s but still remains a potent force in American society as a whole and for the individual lives of Americans (Finke & Scheitle, 2005). Although membership in mainstream Protestant denominations has declined since the 1960s, membership in conservative denominations has risen. Most people (92% in the Pew survey) still believe in God, and, as already noted, more than half of all Americans pray daily.

Scholars also point to the continuing importance of civil religion, or the devotion of a nation’s citizens to their society and government (Santiago, 2009). In the United States, love of country—patriotism—and admiration for many of its ideals are widespread. Citizens routinely engage in rituals, such as reciting the Pledge of Allegiance or singing the national anthem, that express their love of the United States. These beliefs and practices are the secular equivalent of traditional religious beliefs and practices and thus a functional equivalent of religion.

The Rise of Religious Conservatism 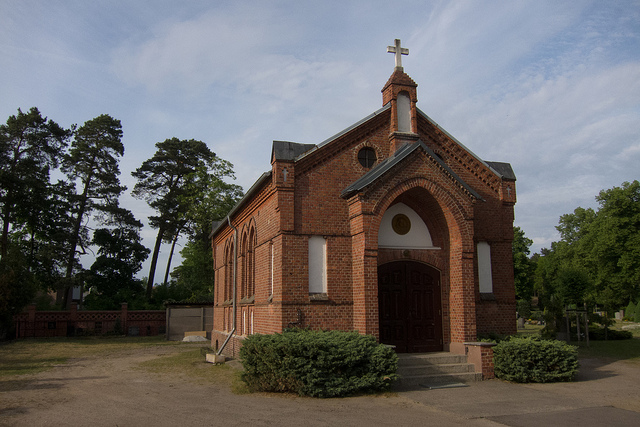 The rise of religious conservatism in the United States was partly the result of fears that the nation was becoming too secularized.

Today about one-third of Americans state a religious preference for a conservative denomination (Pew Forum on Religion & Public Life, 2008). Because of their growing numbers, religious conservatives have been the subject of increasing research. They tend to hold politically conservative views on many issues, including abortion and the punishment of criminals, and are more likely than people with other religious beliefs to believe in such things as the corporal punishment of children (Burdette, Ellison, & Hill, 2005). They are also more likely to believe in traditional roles for women.

Closely related to the rise of religious conservatism has been the increasing influence of what has been termed the “new religious right” in American politics (Martin, 2005; Capps, 1990; Moen, 1992). Since the 1980s, the religious right has been a potent force in the political scene at both the national and local levels, with groups like the Moral Majority and the Christian Coalition effective in raising money, using the media, and lobbying elected officials. As its name implies, the religious right tries to advance a conservative political agenda consistent with conservative religious concerns. Among other issues, it opposes legal abortion, gay rights, and violence and sex in the media, and it also advocates an increased religious presence in public schools. Although the influence of the religious right has waned since the 1990s, its influence on American politics is bound to be controversial for many years to come.

Sociological theory and research are relevant for understanding and addressing certain religious issues. One major issue today is religious intolerance. Émile Durkheim did not stress the hatred and conflict that religion has promoted over the centuries, but this aspect of conflict theory’s view of religion should not be forgotten. Certainly religious tolerance should be promoted among all peoples, and strategies for doing so include education efforts about the world’s religions and interfaith activities for youth and adults. The Center for Religious Tolerance (http://www.c-r-t.org/index.php), headquartered in Sarasota, Florida, is one of the many local and national organizations in the United States that strive to promote interfaith understanding. In view of the hostility toward Muslims that increased in the United States after 9/11, it is perhaps particularly important for education efforts and other activities to promote understanding of Islam.

Religion may also help address other social issues. In this regard, we noted earlier that religious belief and practice seem to promote physical health and psychological well-being. To the extent this is true, efforts that promote the practice of faith may enhance one’s physical and mental health.. In view of the health problems of older people and also their greater religiosity, some scholars urge that such efforts be especially undertaken for people in their older years (Moberg, 2008). We also noted that religiosity helps reduce drinking, drug use, and sexual behavior among adolescents and perhaps among adults. This does not mean that religion should be forced on anyone against his or her will, but this body of research does suggest that efforts by houses of worship to promote religious activities among their adolescents and younger children may help prevent or otherwise minimize risky behaviors during this important period of the life course.

Moen, M. (1992). The transformation of the Christian Right. Tuscaloosa: University of Alabama Press.

Santiago, J. (2009). From “civil religion” to nationalism as the religion of modern times: Rethinking a complex relationship. Journal for the Scientific Study of Religion, 48(2), 394–401.