Social Issues in the News


“Cows With Gas,” the headline said. In India, cows are considered sacred by that nation’s major religion, Hinduism. They are also an important source of milk and fertilizer. It is no surprise that India has almost 300 million cows, the highest number in the world, and that they roam freely in Indian cities and towns. But one problem of this abundance of cows is the methane gas they excrete as they burp and belch. They emit so much methane that scientists think Indian cows, along with some 180 million sheep and goats, are a significant cause of global warming. One reason Indian livestock emit so much methane, aside from their sheer numbers, is that they are underfed and undernourished; better diets would reduce their methane emission. However, India is such a poor country that the prospect of a better diet for livestock remains years away, and the problem of cows with gas will continue for some time to come. (Singh, 2009)

The idea of cows with too much gas, or any gas at all, roaming city streets is probably not very appealing, but cow worship is certainly a part of India’s culture. This news story provides just one of many examples of the importance of cultural differences for beliefs and behaviors. 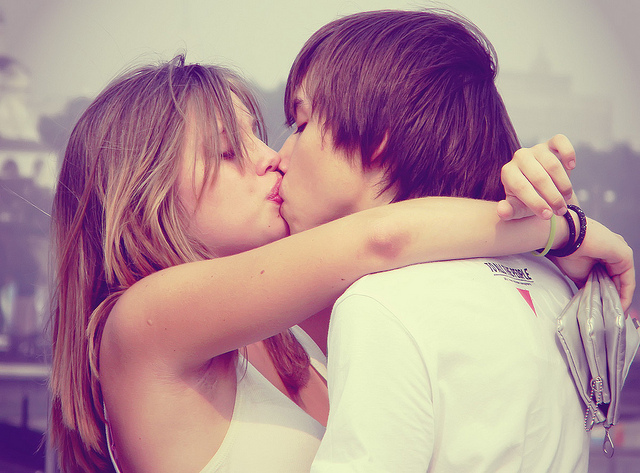 Although kissing certainly seems like a very normal and natural act, anthropological evidence indicates that culture affects whether people kiss and whether they like kissing.

Here is a more pleasing example. When you are in love, what can be more natural and enjoyable than kissing? This simple act is the highlight of countless movies and television shows where two people meet each other, often not liking each other at first, but then slowly but surely fall madly in love and have their first magical kiss. What we see on the screen reflects our own interest in kissing. When we reach puberty, many of us yearn for our first kiss. That kiss is as much a part of growing up as almost anything else we can think of, and many of us can remember when, where, and with whom our first kiss occurred.

Kissing certainly seems a natural, enjoyable act to most of us, but evidence from some societies indicates kissing might not be so natural after all. In traditional societies such as the Balinese and Tinguian of Oceania, the Chewa and Thonga of Africa, and the Siriono of South America, kissing is unknown, as the people there think it is unhealthy and disgusting. When the Thonga first saw Europeans kissing, they retorted, “Look at them—they eat each other’s saliva and dirt” (Ford & Beach, 1972, p. 49). Even in industrial societies, kissing is not always considered desirable. Until fairly recently, the Japanese abhorred kissing and did not even have a word for it until they created kissu from the English kiss, and even today older Japanese frown on kissing in public. Reflecting the traditional Japanese view, when Rodin’s famous statue The Kiss arrived in Japan in the 1920s as part of a European art show, the Japanese hid it behind a curtain. In other societies, people do kiss, but their type of kissing differs greatly from what we are used to. In one of these, people kiss the mouth and the nose simultaneously, while people in a few other societies kiss only by sucking the lips of their partners (Tanikawa, 1995; Tiefer, 1995).