Our society, like many of the others discussed earlier, has a mixed view of aging and older people. While we generally appreciate our elderly, we have a culture oriented toward youth, as evidenced by the abundance of television characters in their 20s and lack of those in their older years. As individuals, we do our best not to look old, as the many ads for wrinkle creams and products to darken gray hair attest. Moreover, when we think of the elderly, negative images often come to mind. We often think of someone who has been slowed by age both physically and mentally. She or he may have trouble walking up steps, picking up heavy grocery bags, standing up straight, or remembering recent events. The term senile often comes to mind, and phrases like “doddering old fool,” “geezer,” and other disparaging remarks sprinkle our language when we talk about them. Meanwhile, despite some improvement, the elderly are often portrayed in stereotypical ways on television and in movies (Lee, Carpenter, & Meyers, 2007).

How true is this negative image? What do we know of physical and psychological changes among the elderly? How much of what we think we know about aging and the elderly is a myth, and how much is reality? Gerontologists have paid special attention to answering these questions (Craik & Salthouse, 2008; Binstock & George, 2006).

Biological changes certainly occur as we age. The first signs are probably in our appearance. Our hair begins to turn gray, our (male) hairlines recede, and a few wrinkles set in. The internal changes that often accompany aging are more consequential, among them being that (a) fat replaces lean body mass, and many people gain weight; (b) bone and muscle loss occurs; (c) lungs lose their ability to take in air, and our respiratory efficiency declines; (d) the functions of the cardiovascular and renal (kidney) systems decline; (e) the number of brain cells declines, as does brain mass overall; and (f) vision and hearing decline (Hooyman & Kiyak, 2011). Cognitive and psychological changes also occur. Learning and memory begin declining after people reach their 70s; depression and other mental/emotional disorders can set in; and dementia, including Alzheimer’s disease, can occur. All of these conditions yield statistics such as follows: about half of people 65 or older have arthritis or high blood pressure; almost one-fifth have coronary heart disease; more than one-fifth have diabetes; and about 60% of women in their 70s have osteoporosis (Centers for Disease Control and Prevention & The Merck Company Foundation, 2007). 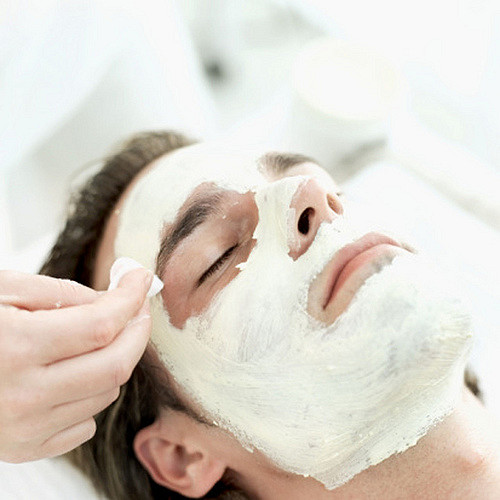 Because our society values youthfulness, many people try to do their best not to look old.

Still, the nature and extent of all of these changes vary widely among older people (Sawchuk, 2009). Some individuals are frail at 65, while others remain vigorous well into their 70s and beyond. People can be “old” at 60 or even 50, while others can be “young” at 80. Many elders are no longer able to work, but others remain in the labor force. All in all, then, most older people do not fit the doddering image myth and can still live a satisfying and productive life.

To what extent are the effects of biological and psychological aging the inevitable results of chronological aging? Gerontologists are still trying to understand what causes these effects, and their explanations center on such things as a declining immune system, the slowing of cellular replication, and other processes that need not concern us here.

Some recent research has focused on centenarians—people at least 100 years of age—to try to find out what enables them to live so long. There are about 85,000 centenarians in the United States, and this number is expected to reach 580,000 by 2040 (Mozes, 2008). They tend to be as healthy as people in their early 80s, and their medical expenses are lower. Some eat red meat and some are vegetarians, and some exercise a lot while others exercise little. Scientists think they may have “supergenes” that protect them from cancer or Alzheimer’s disease and are trying to find these genes. The relative health of the centenarians led one researcher to observe, “Now that we know that a substantial number of people can remain robust and healthy through their 90s, at least, that should change our attitude about old age. It is no longer a curse, but an opportunity” (Hilts, 1999, p. D7).

We do not all have supergenes and we will not all become centenarians, but research shows we can still take several steps to help us age better, because what we do as we enter our older years matters much more than genetics (Centers for Disease Control and Prevention & The Merck Company Foundation, 2007). To the extent this is true, the effects of biological and psychological aging are not necessarily inevitable, and “successful aging” is possible (Evans, 2009). The steps highlighted in the gerontological literature are by now almost a cliché, but regular exercise, good nutrition, and stress reduction stand at the top of most gerontologists’ recommendations for continued vitality in later life. In fact, Americans live about 10 years less than an average set of genes should let them live because they do not exercise enough and because they eat inadequate diets (Perls & Silver, 1999).

Research by social gerontologists suggests at least two additional steps older people can take if they want “successful aging.” The first is involvement in informal, personal networks of friends, neighbors, and relatives. The importance of such networks is one of the most thoroughly documented in the social gerontological literature (Binstock & George, 2006; Adams & Blieszner, 1995) (see the “Sociology Making a Difference” box). Networks enhance successful aging for at least two reasons. First, they provide practical support, such as help buying groceries and visiting the doctor, to the elderly who need it. Second, they help older people maintain their self-esteem, meet their desire for friendships, and satisfy other emotional needs and thereby enhance their psychological well-being.

A second step for successful aging suggested by scholarly research is religious involvement (Barkan & Greenwood, 2003; Moberg, 2008). Religious involvement enhances psychological well-being among older adults for at least two reasons. As people worship in a congregation, they interact with other congregants and, as just noted, enhance their social support networks. Moreover, as they practice their religious faith, they reduce their stress and can cope better with personal troubles. For both these reasons, attendance at religious services and the practice of prayer are thought to enhance psychological well-being among the elderly. Some elders cannot attend religious services regularly because they have health problems or are no longer able to drive a car. But prayer and other private devotional activities remain significant for many of them. To the extent that religion makes a difference for elders’ well-being, health-care facilities and congregations should do what they can to enable older adults to attend religious services and to otherwise practice their religious faith.

Building on the insights of Émile Durkheim, a founder of sociology discussed in Chapter 1 “Sociology and the Sociological Perspective”, sociologists have long emphasized the importance of social networks for social stability and individual well-being.

As the text discusses, social networks improve the lives of older Americans by providing both practical and emotional support. Early research on social networks and aging focused more on relatives than on friends (Roscow, 1967). Rebecca G. Adams, former president of the Southern Sociological Society, was one of the first sociologists to emphasize the role that friends can also play in the lives of the elderly. She interviewed 70 older women who lived in a Chicago suburb and asked them many questions about the extent and quality of their friendships (Adams, 1986).

In one of her most important findings, Adams discovered that the women reported receiving more help from friends than other researchers had assumed was the case. The women were somewhat reluctant to ask friends for help but did so when family members were not available and when they would not overly inconvenience the friends whom they asked for help. Adams also found that “secondary” friendships—those involving friends that a woman spent time with but with whom she was not especially close—were more likely than “primary” friendships (very close friendships) to contribute to her interviewees’ psychological well-being, as these friendships enabled the women to meet new people, to become involved in new activities, and thus to be engaged with the larger society. This finding led Adams (1986) to conclude that one should not underestimate how important friends are to older people, particularly to the elderly without family. Friends are an important source of companionship and possibly a more important source of service support than most of the current literature suggests.

Adams also asked the women about their friendships with men (Adams, 1985). The 70 women she interviewed reported 670 friendships, of which only 3.6% were with men. (About 91% were with other women, and 6% were with couples.) Although prior research had assumed that the number of these friendships is small because there are so few unmarried elderly men compared to the number of unmarried elderly women, Adams discovered from her interviews some additional reasons. Her respondents interpreted any friendship with a man as a courting or romantic friendship, which they thought would be viewed negatively by their children and by their peers. Adopting a traditional gender-role orientation, they also expected any man they might marry to be able to protect them physically and financially. Yet they also realized that any elderly man they might know would be very likely unable to do so. For all of these reasons, they shied away from friendships with men.

Work by Adams and other sociologists on the friendships and other aspects of the social support systems for older Americans has contributed greatly to our understanding of the components of successful aging. It points to the need for programs and other activities to make it easier for the elderly to develop and maintain friendships with both sexes to improve their ability to meet both their practical and emotional needs. In this manner, sociology is again making a difference.