Social Problems in the News

“War Crimes Haunt Iraq Vet,” the headline said. In the early 2000s, John Milton, a pseudonym, joined the Army and was sent to Iraq. There he served as a medic but was also armed. At age 21, he and five other soldiers were driving one day back from a beer run when a small bomb hit their vehicles. One of the soldiers died instantly, but the others survived and shot the bomber. As the bomber was lying on the ground and needing medical attention, the soldiers began to punch and kick him. Instead of tending to the bomber’s injuries, Milton fatally shot him in the head.

In the years since his military service ended, Milton’s war crime has haunted him. He continues to have nightmares and cannot get rid of his guilt. He talked with a psychiatrist at a Veterans Administration hospital, but that did not help because the psychiatrist “didn’t understand what [he] was talking about.” Before he entered the Army, Milton said, he “used to love being around people, but no more.” He was thinking of moving from his home in New Jersey to a quieter, emptier state like Montana or Wyoming.

Milton also remembered being ordered to euthanize wounded but treatable Iraqi soldiers, yet another war crime. After he did so several times, he decided he could no longer in good conscience follow those orders. He recalled, “I can still see every one of their faces, individually, exactly what they looked like that day.”

Great war novels like The Red Badge of Courage and War and Peace highlight the heroism and horror that both occur on the battlefield. This news story likewise reminds us that war, however heroic, is also horrible. Atrocities happen; soldiers are killed or wounded, physically and/or mentally; and civilians suffer and die. As Sydney H. Schanberg (2005, p. 1), a former New York Times reporter who covered the US wars in Vietnam and Cambodia, has bluntly observed, “‘History,’ Hegel said, ‘is a slaughterhouse.’ And war is how the slaughter is carried out.”

For much of human history, people considered war a necessary evil that was often waged for noble reasons. World War II, for example, was what we now call “the good war,” fought to end Hitler’s attempt to conquer much of the world. Millions died on the battlefield, in cities bombed by planes, and in concentration camps before Hitler and his allies were finally defeated.

About two decades after World War II ended, the United States began fighting another war meant to save the world for democracy, but this war was very different from the one against Hitler. This war was fought in Vietnam, and however a noble effort World War II might have been, the Vietnam War was just as ignoble to its critics. It was a war, some said, not to save the world for democracy but to help extend America’s power where it did not belong. The war’s severest critics called it an act of genocide against Asians. If the World War II generation grew up with a patriotic love for their nation, the Vietnam War generation grew up with much more cynicism about their government and about the military.

Ironically, that generation’s concern about the military was shared by none other than President Dwight D. Eisenhower, who warned about the dangers of what he called the military-industrial complex—the friendly interplay of the military, the defense industry, and political leaders—in his farewell presidential address (Ledbetter, 2011). Eisenhower himself had been a member of the military-industrial complex, having served as a five-star general and supreme commander of the Allied forces in Europe during World War II before becoming president. His military experience made him no fan of warfare; as he once observed, “I hate war as only a soldier who has lived it can, only as one who has seen its brutality, its futility, its stupidity.” He also feared that the military-industrial complex was becoming too powerful and gaining “unwarranted influence” over American life as it acted for its own interests and not necessarily for those of the nation as a whole. He warned that the “potential for the disastrous rise of misplaced power exists and will persist” (Eisenhower, 1960). 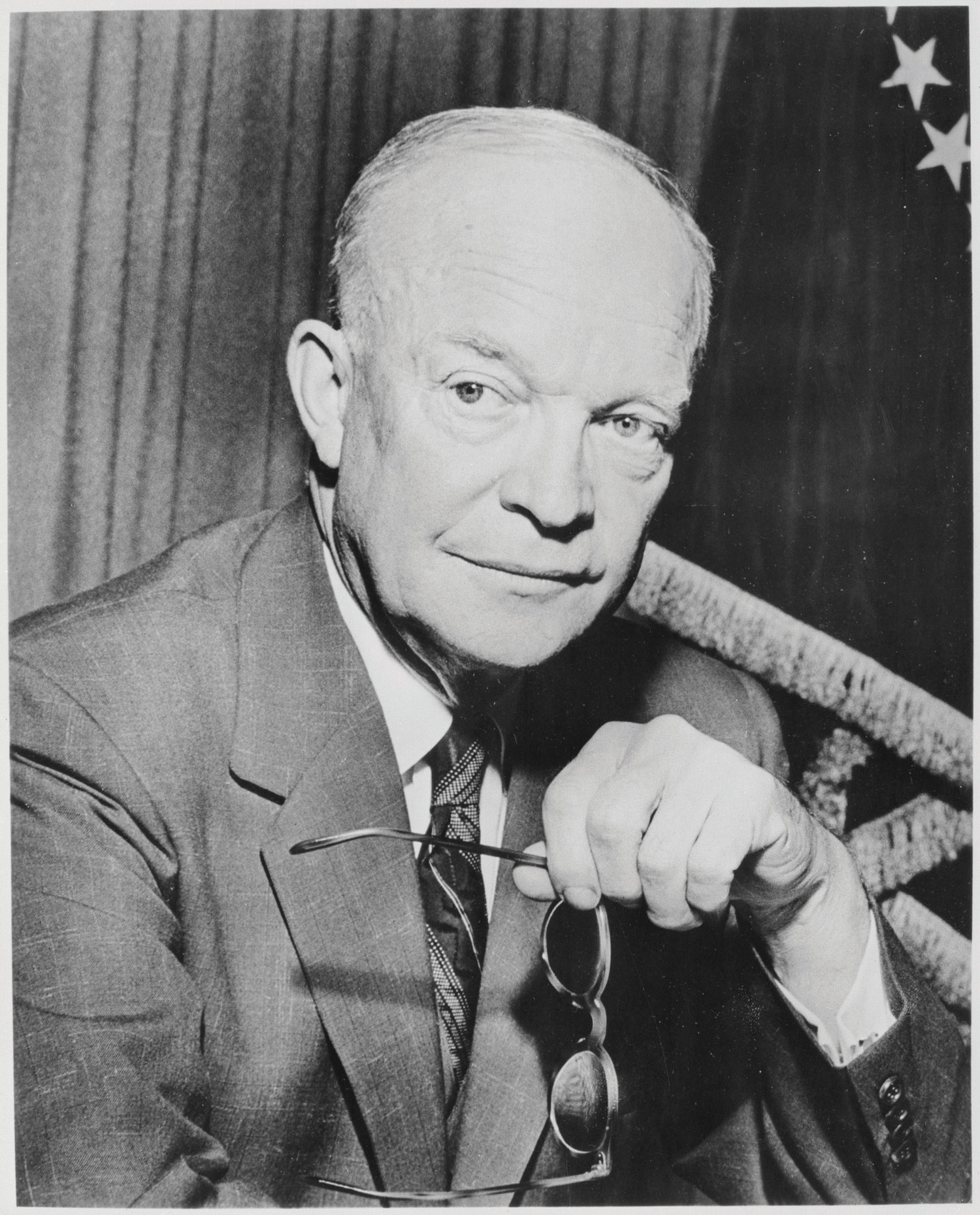 President Dwight D. Eisenhower warned about what he called the “unwarranted influence” of the military-industrial complex.

Eisenhower’s fears about the military-industrial complex reflected his more general concern about militarism, or an overemphasis on military policy and spending, which he thought was costing the nation far too much money. In a remarkable and now famous statement made early in his presidency, Eisenhower (1960, p. A1) declared, “Every gun that is made, every warship launched, every rocket fired, signifies in the final sense, a theft from those who hunger and are not fed, those who are cold and are not clothed. This world in arms is not spending money alone. It is spending the sweat of its laborers, the genius of its scientists, the hopes of its children. This is not a way of life at all in any true sense. Under the clouds of war, it is humanity hanging on a cross of iron.”

Eisenhower’s concerns are even more valid today. As the United States and other governments spend hundreds of billions of dollars annually on their militaries, mass death and destruction from war beyond what Eisenhower could have ever imagined are a major concern, and serious social needs go unmet. It is probably trite to say that war profoundly affects societies, but that is precisely why war and the threat of war are considered perhaps the most pressing social problem of our times and a threat to the entire planet.

Terrorism also profoundly affects societies. Yet most Americans probably did not consider terrorism a social problem before September 11, 2001, when, as has often been said, the world changed. On that terrible day, terrorists drove two passenger jets into the World Trade Center in New York and another into the Pentagon; a fourth plane apparently headed for a Washington, DC, target crashed in central Pennsylvania when brave passengers fought back. The shock of the 3,000 deaths that resulted continues to haunt us even as we have become accustomed to homeland security measures in our airports and elsewhere that would have seemed inconceivable a generation ago.

Against this horrific backdrop of the modern era, this chapter examines war and terrorism as the final social problems discussed in this book. As forms of armed conflict that aim to defeat an opponent, war and terrorism have been part of the human experience for thousands of years. However, their manifestation in the contemporary era is particularly frightening, thanks to ever more powerful weapons, such as nuclear arms, that threaten human existence. We consider their causes, dynamics, and consequences before discussing certain actions and policies that might conceivably reduce these threats to peaceful societies and human existence.