Often racial and ethnic prejudice lead to discrimination against the subordinate racial and ethnic groups in a given society. Discrimination in this context refers to the arbitrary denial of rights, privileges, and opportunities to members of these groups. The use of the word arbitrary emphasizes that these groups are being treated unequally not because of their lack of merit but because of their race and ethnicity.

Usually prejudice and discrimination go hand-in-hand, but Robert Merton (1949) stressed this is not always so. Sometimes we can be prejudiced and not discriminate, and sometimes we might not be prejudiced and still discriminate. Table 3.1 “The Relationship between Prejudice and Discrimination” illustrates his perspective. The top-left cell and bottom-right cell consist of people who behave in ways we would normally expect. The top-left one consists of “active bigots,” in Merton’s terminology, people who are both prejudiced and discriminatory. An example of such a person is the white owner of an apartment building who dislikes people of color and refuses to rent to them. The bottom-right cell consists of “all-weather liberals,” as Merton called them, people who are neither prejudiced nor discriminatory. An example would be someone who holds no stereotypes about the various racial and ethnic groups and treats everyone the same regardless of her or his background.

Table 3.1 The Relationship between Prejudice and Discrimination

The remaining two cells of Table 3.1 “The Relationship between Prejudice and Discrimination” are the more unexpected ones. On the bottom left, we see people who are prejudiced but who nonetheless do not discriminate; Merton called them “timid bigots.” An example would be white restaurant owners who do not like people of color but still serve them anyway because they want their business or are afraid of being sued if they do not serve them. At the top right, we see “fair-weather liberals,” or people who are not prejudiced but who still discriminate. An example would be white store owners in the South during the segregation era who thought it was wrong to treat blacks worse than whites but who still refused to sell to them because they were afraid of losing white customers.

The discussion so far has centered on individual discrimination, or discrimination that individuals practice in their daily lives, usually because they are prejudiced but sometimes even if they are not prejudiced. Individual discrimination is common, as Joe Feagin (1991), a former president of the American Sociological Association, found when he interviewed middle-class African Americans about their experiences. Many of the people he interviewed said they had been refused service, or at least received poor service, in stores or restaurants. Others said they had been harassed by the police, and even put in fear of their lives, just for being black. Feagin concluded that these examples are not just isolated incidents but rather reflect the larger racism that characterizes US society. 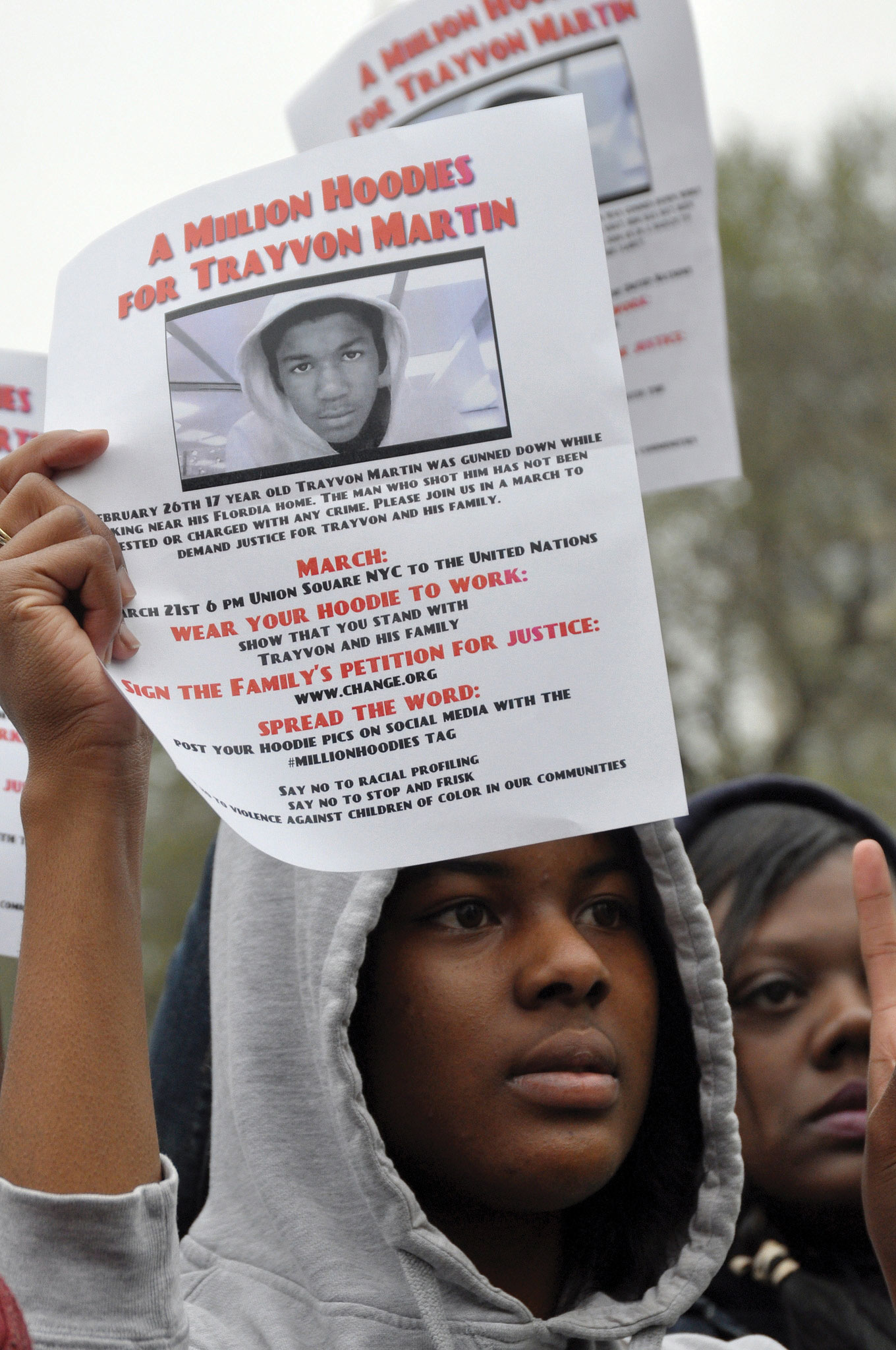 In February 2012, neighborhood watch volunteer George Zimmerman fatally shot 17-year-old Trayvon Martin as Martin was walking back from a 7-Eleven carrying some Skittles and iced tea. Critics said Zimmerman was suspicious of Martin only because Martin was black. 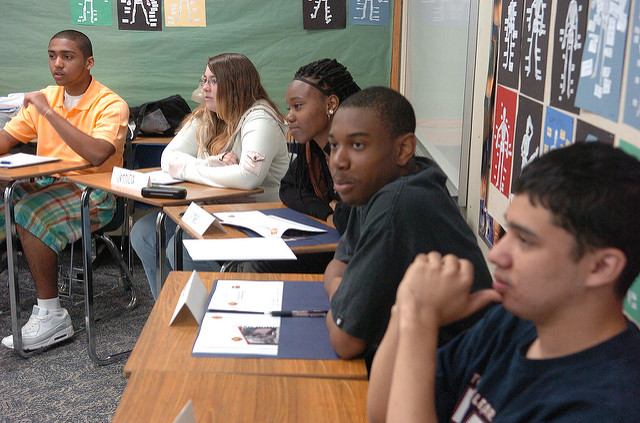 Sociologist Joe Feagin’s study of middle-class African Americans found that many had been harassed by police and had otherwise experienced various kinds of racial slights. 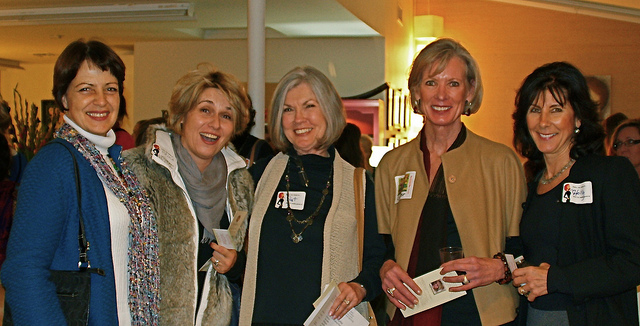 Sociologist Denise Segura found that more than 40 percent of the Mexican American women she interviewed at a public university had encountered workplace discrimination based on their ethnicity and/or gender.

To many observers, the fatal shooting of Trayvon Martin in February 2012 was a deadly example of individual discrimination. Martin, a 17-year-old African American, was walking in a gated community in Sanford, Florida, as he returned from a 7-Eleven with a bag of Skittles and some iced tea. An armed neighborhood watch volunteer, George Zimmerman, called 911 and said Martin looked suspicious. Although the 911 operator told Zimmerman not to approach Martin, Zimmerman did so anyway; within minutes Zimmerman shot and killed the unarmed Martin and later claimed self-defense. According to many critics of this incident, Martin’s only “crime” was “walking while black.” As an African American newspaper columnist observed, “For every black man in America, from the millionaire in the corner office to the mechanic in the local garage, the Trayvon Martin tragedy is personal. It could have been me or one of my sons. It could have been any of us” (Robinson, 2012).

Much individual discrimination occurs in the workplace, as sociologist Denise Segura (Segura, 1992) documented when she interviewed 152 Mexican American women working in white-collar jobs at a public university in California. More than 40 percent of the women said they had encountered workplace discrimination based on their ethnicity and/or gender, and they attributed their treatment to stereotypes held by their employers and coworkers. Along with discrimination, they were the targets of condescending comments like “I didn’t know that there were any educated people in Mexico that have a graduate degree.”

The bottom line is this: Institutions can discriminate even if they do not intend to do so. Consider height requirements for police. Before the 1970s, police forces around the United States commonly had height requirements, say five feet ten inches. As women began to want to join police forces in the 1970s, many found they were too short. The same was true for people from some racial/ethnic backgrounds, such as Latinos, whose stature is smaller on the average than that of non-Latino whites. Of course, even many white males were too short to become police officers, but the point is that even more women, and even more men of certain ethnicities, were too short.

This gender and ethnic difference is not, in and of itself, discriminatory as the law defines the term. The law allows for bona fide (good faith) physical qualifications for a job. As an example, we would all agree that someone has to be able to see to be a school bus driver; sight therefore is a bona fide requirement for this line of work. Thus even though people who are blind cannot become school bus drivers, the law does not consider such a physical requirement to be discriminatory. 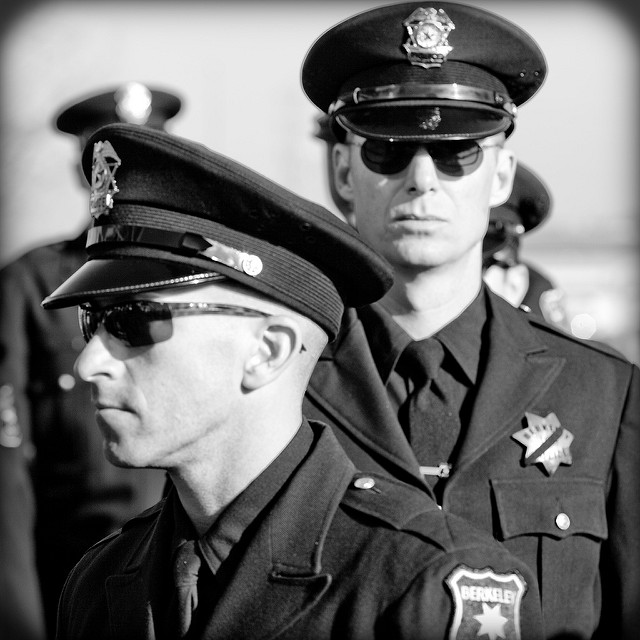 People of color have higher rates of disease and illness than whites, a fact explored further in Chapter 12 “Work and the Economy”’s treatment of health and medicine. One question that arises is why their health is worse. One possible answer involves institutional discrimination based on race and ethnicity.

Several studies use hospital records to investigate whether people of color receive optimal medical care, including coronary bypass surgery, angioplasty, and catheterization. After taking the patients’ medical symptoms and needs into account, these studies find that African Americans are much less likely than whites to receive the procedures just listed. This is true when poor blacks are compared to poor whites and also when middle-class blacks are compared to middle-class whites (Smedley, Stith, & Nelson, 2003). In a novel way of studying race and cardiac care, one study performed an experiment in which several hundred doctors viewed videos of African American and white patients, all of whom, unknown to the doctors, were actors. In the videos, each “patient” complained of identical chest pain and other symptoms. The doctors were then asked to indicate whether they thought the patient needed cardiac catheterization. The African American patients were less likely than the white patients to be recommended for this procedure (Schulman et al., 1999).

Why does discrimination like this occur? It is possible, of course, that some doctors are racists and decide that the lives of African Americans just are not worth saving, but it is far more likely that they have unconscious racial biases that somehow affect their medical judgments. Regardless of the reason, the result is the same: African Americans are less likely to receive potentially life-saving cardiac procedures simply because they are black. Institutional discrimination in health care, then, is literally a matter of life and death.

When loan officers review mortgage applications, they consider many factors, including the person’s income, employment, and credit history. The law forbids them to consider race and ethnicity. Yet African Americans and Latinos are more likely than whites to have their mortgage applications declined (Blank, Venkatachalam, McNeil, & Green, 2005). Because members of these groups tend to be poorer than whites and to have less desirable employment and credit histories, the higher rate of mortgage rejections may be appropriate, albeit unfortunate.

To control for this possibility, researchers take these factors into account and in effect compare whites, African Americans, and Latinos with similar incomes, employment, and credit histories. Some studies are purely statistical, and some involve white, African American, and Latino individuals who independently visit the same mortgage-lending institutions. Both types of studies find that African Americans and Latinos are still more likely than whites with similar qualifications to have their mortgage applications rejected (Turner et al., 2002). We will probably never know whether loan officers are consciously basing their decisions on racial prejudice, but their practices still amount to racial and ethnic discrimination whether the loan officers are consciously prejudiced or not.

There is also evidence of banks rejecting mortgage applications for people who wish to live in certain urban, supposedly high-risk neighborhoods, and of insurance companies denying homeowner’s insurance or else charging higher rates for homes in these same neighborhoods. Practices like these that discriminate against houses in certain neighborhoods are called redlining, and they also violate the law (Ezeala-Harrison, Glover, & Shaw-Jackson, 2008). Because the people affected by redlining tend to be people of color, redlining, too, is an example of institutional discrimination. 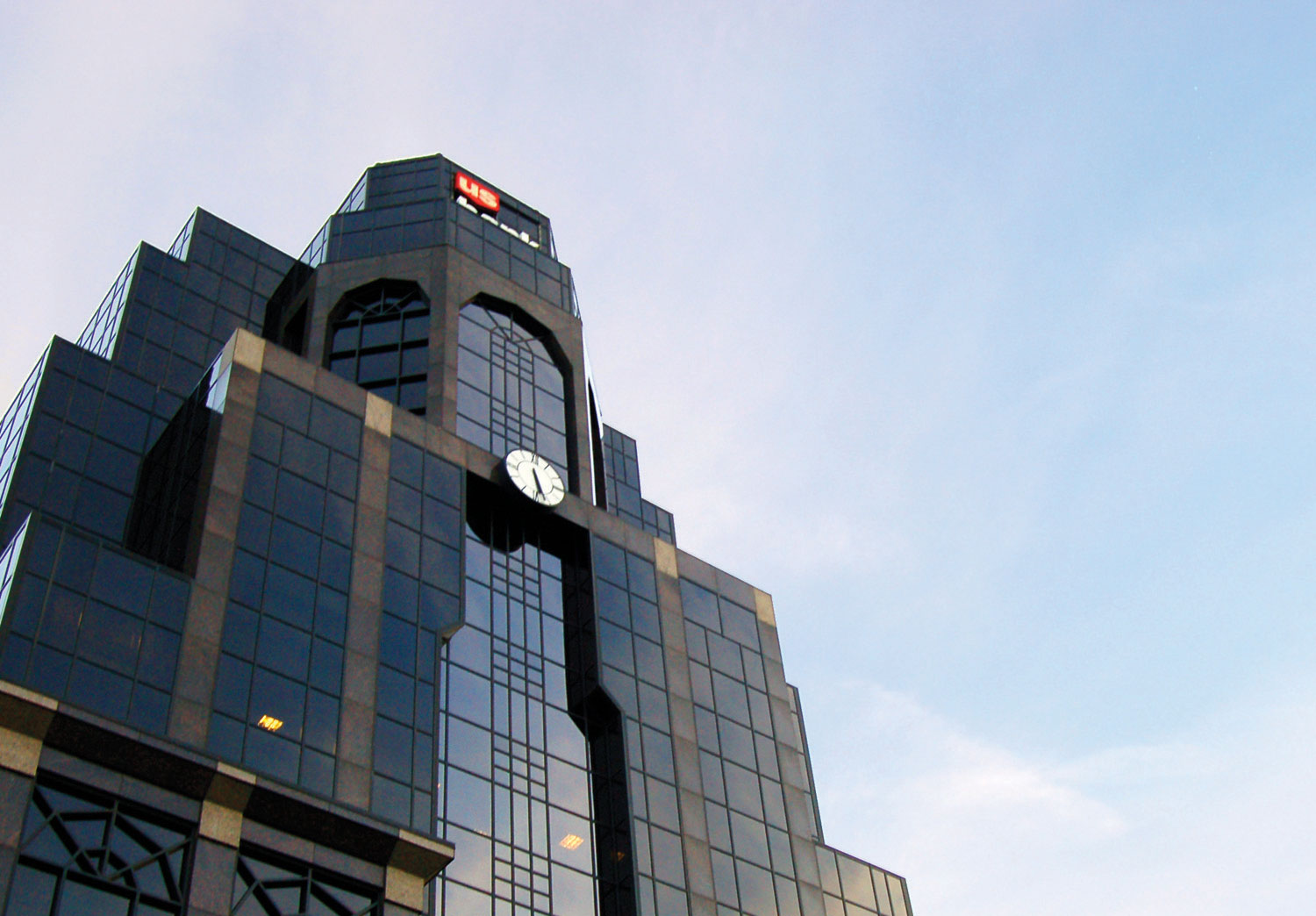 Banks have rejected mortgage applications from people who wish to live in certain urban, high-risk neighborhoods. This practice, called redlining, violates the law. Because many of the loan applicants who experience redlining are people of color, redlining is an example of institutional discrimination.

Mortgage rejections and redlining contribute to another major problem facing people of color: residential segregation. Housing segregation is illegal but is nonetheless widespread because of mortgage rejections and other processes that make it very difficult for people of color to move out of segregated neighborhoods and into unsegregated areas. African Americans in particular remain highly segregated by residence in many cities, much more so than is true for other people of color. The residential segregation of African Americans is so extensive that it has been termed hypersegregation and more generally called American apartheid (Massey & Denton, 1993).

In addition to mortgage rejections, a pattern of subtle discrimination by realtors and homeowners makes it difficult for African Americans to find out about homes in white neighborhoods and to buy them (Pager, 2008). For example, realtors may tell African American clients that no homes are available in a particular white neighborhood, but then inform white clients of available homes. The now routine posting of housing listings on the Internet might be reducing this form of housing discrimination, but not all homes and apartments are posted, and some are simply sold by word of mouth to avoid certain people learning about them.

The hypersegregation experienced by African Americans cuts them off from the larger society, as many rarely leave their immediate neighborhoods, and results in concentrated poverty, where joblessness, crime, and other problems reign. For several reasons, then, residential segregation is thought to play a major role in the seriousness and persistence of African American poverty (Rothstein, 2012; Stoll, 2008).

Title VII of the federal Civil Rights Act of 1964 banned racial discrimination in employment, including hiring, wages, and firing. However, African Americans, Latinos, and Native Americans still have much lower earnings than whites. Several factors explain this disparity, including the various structural obstacles discussed in Chapter 2 “Poverty”’s examination of poverty. Despite Title VII, however, an additional reason is that people of color continue to face discrimination in hiring and promotion (Hirsh & Cha, 2008). It is again difficult to determine whether such discrimination stems from conscious prejudice or from unconscious prejudice on the part of potential employers, but it is racial discrimination nonetheless.