As usual, the major sociological perspectives offer insights that help us understand issues relating to population growth and to the environment. Table 15.1 “Theory Snapshot” summarizes their assumptions.

Functionalism considers population growth and its various components (birth, death, and migration) as normal and essential processes for any society. A society certainly cannot survive if it loses members, but it can thrive only if it grows so that it can meet future challenges. Functionalism also considers pollution and other environmental problems to be an inevitable consequence of today’s society, but it assumes that environmental problems that are too severe are certainly dysfunctional for society.

The reasons for the importance of population growth depend on the type of a society’s economy. For example, agricultural and other nonindustrial societies need high birth rates to counteract their high death rates. Industrial societies have lower death rates, but they still need to be able to hire younger workers as older workers retire, while new industries need to be able to count on hiring enough young workers with the skills and knowledge these industries require. However, population growth that is too rapid and severe can be dysfunctional for a society. Such growth creates crowding and can use up valuable resources such as food, and it can also harm the environment. 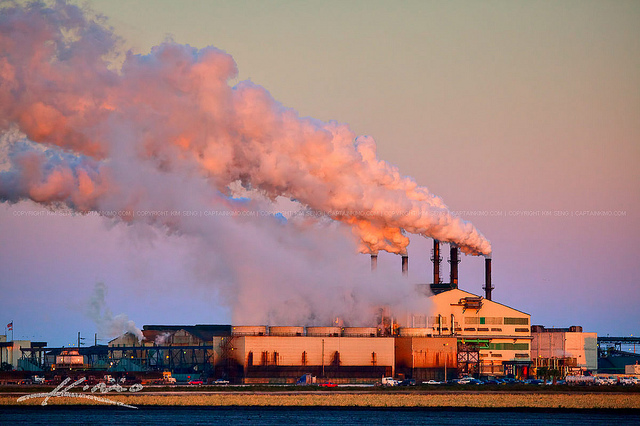 Conflict theory blames many environmental problems on pollution by multinational corporations that occurs because of weak regulations and a failure to enforce the regulations that do exist.

At the same time, conflict theory recognizes that many poor nations still have population growth that is more than desirable. The theory blames this growth on the failure of these nations’ governments to make contraceptives readily available and to do everything possible to increase women’s education and independence (which both reduce their birth rates).

In regard to a particular population issue we will discuss (immigration), conflict theory emphasizes the role played by racial and ethnic prejudice in popular views on immigration. It generally favors loosening restrictions on immigration into the United States and making it possible for undocumented immigrants to become US citizens if they so desire.

Conflict theory also assumes that the world’s environmental problems are not inevitable and instead arise from two related sources. First, multinational corporations engage in practices that pollute the air, water, and ground. Second, the United States and other governments fail to have strong regulations to limit corporate pollution, and they fail to adequately enforce the regulations they do have.

Second, it emphasizes people’s perceptions of population and environmental problems. To the extent that public attitudes play a key role in the persistence of these problems, it is important to know the reasons for public views on these problems so that efforts to address the problems may be better focused.

Next, symbolic interactionism assumes that population and environmental problems are to some extent social constructions (see Chapter 1 “Understanding Social Problems”), as these problems do not come to be considered social problems unless sufficient numbers of people and/or influential organizations in the public and private sectors recognize them as problems. For example, lead was a serious health problem long before the US government banned it in paint in 1977 and in gasoline in 1990. As early as the first few years of the twentieth century, scientists were calling attention to the toxic properties of lead paint and more generally of lead itself. Still, lead was added to gasoline in 1922 to raise octane levels. Despite growing evidence over the next few decades of lead’s toxic qualities, various industries continued to say that lead was safe for the general public (Michaels, 2008). The banning of lead was ultimately due to the efforts of environmental groups and to the fact that the growing amount of scientific evidence of lead’s dangers became overwhelming

Finally, symbolic interactionism emphasizes that people from different social backgrounds and from different cultures may have different understandings of population issues and of environmental issues. For example, someone who grows up in a rural area may consider even a small city to be incredibly crowded, while someone who grows up in a large city may consider a small city to be too tiny and lacking in museums, restaurants, and other amenities that large cities offer.