Put most simply, crime is behavior that is prohibited by the criminal law because it is considered especially harmful or offensive. This simple definition, however, raises many questions:

These questions lie at the heart of the sociological study of deviance, of which crime is a special type. Deviance is behavior that violates social norms and arouses strong social disapproval. This definition reflects the common sociological view that deviance is not a quality of a behavior itself but rather the result of what other people think about the behavior. This view is reflected in an often-cited quote from sociologist Howard S. Becker (1963, p. 9), who wrote several decades ago that “deviance is not a quality of the act the person commits, but rather a consequence of the application by others of rules or sanctions to an ‘offender.’ The deviant is one to whom that label has been successfully applied; deviant behavior is behavior that people so label.”

This definition reminds us that some harmful behaviors, such as white-collar crime, may not be considered deviant and fail to result in severe legal punishment, perhaps because wealthy individuals perform them. It also reminds us that some less harmful behaviors, such as prostitution, may be considered very deviant because the public deems the behavior immoral and because poor people engage in them. As these possibilities suggest, the application of a criminal label to an offender is problematic: People arrested and/or convicted of a crime may not have engaged in a very harmful behavior or even in the behavior of which they are suspected, and people with no criminal record have in fact engaged in harmful and even criminal behavior.

The American public is clearly concerned about crime. Two-thirds of the public said in a 2011 Gallup poll that crime had risen from the previous year. More than a third, 38 percent, said they would be “afraid to walk alone at night” within one mile of their residence; this figure translates to more than 86 million adults. In the same poll, 47 percent (or about 114 million adults) said they worry about their homes being burglarized, and 44 percent said they worry about thefts of or from their motor vehicles. Corresponding figures for other crimes were: experiencing identity theft, 67 percent; getting mugged, 34 percent; getting attacked while driving your car, 19 percent; being sexually assaulted, 22 percent (including 37 percent of women); and getting murdered, 20 percent (among the lowest figures in this list, but one that still amounts to 42 million adults worrying about being murdered).

Although the public is concerned about crime, at least some of this concern might exceed what the facts about crime would justify. For example, although most of the public, as we just noted, thinks the crime rate has been rising, this rate has actually been declining since the early 1990s. And although one-fifth of the public worries about getting murdered, homicides comprise less than one-tenth of 1 percent of all violent and property crime (street crime); only about 7 of every 100,000 Americans, or 0.007 percent, are murdered every year; homicide does not rank among the top ten causes of death (which include heart disease and cancer); and the number of homicides is much lower than the number of deaths from harmful behavior by corporations (such as pollution or unsafe products and workplaces). Crime is indeed a real problem, but public concern about crime may be higher than the facts warrant.

To the extent this is true, news media coverage of crime may be partly responsible (Robinson, 2011). For example, if the television news and newspapers suddenly have several stories about a few sensational crimes, public concern about crime may jump, even though crime in general has not risen at all. Similarly, the news media have increased their crime coverage even when crime is falling, as happened during the early 1990s when the major US television networks more than doubled their nightly news stories about crime even though crime had been declining (Freeman, 1994).

The news media, in fact, distort the amount and nature of crime in several ways (Surette, 2011). First, they overdramatize crime by reporting it in many news stories. Crime dominates news coverage in many newspapers and television newscasts, and, as just noted, the media may devote much coverage to a few sensational crimes and create the false impression that a “crime wave” is occurring when the crime rate may even be declining.

Second, the media devote particularly heavy coverage to violent crime, reflecting the common saying that “if it bleeds, it leads.” For example, more than 25 percent of the crime stories on evening newscasts and in newspapers concern homicide, even though homicide comprises less than 1 percent of all crime (Feld, 2003). Similarly, the vast majority of crime stories feature violent crime, even though violent crime comprises only about 12–14 percent of all street crimes combined. Media attention to violent crime thus gives the public the false impression that most crime is violent when in fact most crime involves a theft of some sort (property crime). 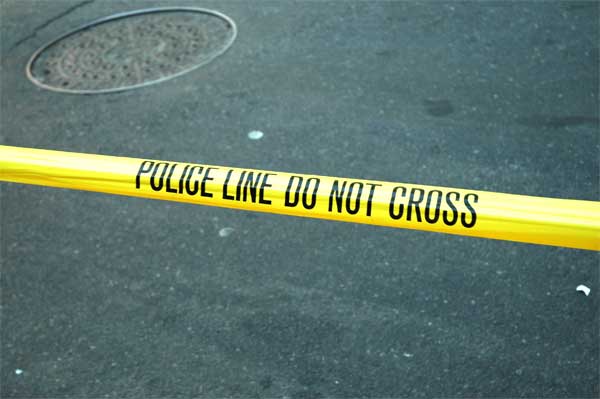 Third, the media tend to highlight crimes committed by African Americans or other people of color and crimes with white victims. A greater percentage of crime stories involve people of color as offenders than is true in arrest statistics. A greater percentage of crime stories also involve whites as victims than is actually true, and newspaper stories of white-victim crimes are longer than those of black-victim crimes. Crimes in which African Americans are the offenders and whites are the victims also receive disproportionate media coverage even though most crimes involve offenders and victims of the same race. In all these ways, the news media exaggerate the extent to which people of color commit crimes and the extent to which whites are victims of crimes.

Fourth, the media also tend to highlight crimes committed by youths. In one study of thousands of local newscast stories, about two-thirds of the stories about violence depicted youthful offenders, even though teenagers commit only about 14–16 percent of violent crime (Jackson, 1997). In a related problem, media stories involving teenagers are much more likely to show them committing crime or other antisocial acts than committing good deeds or other positive behavior. In these ways, the news media convey a false impression that leads the public to believe both that youths commit much of our violent crime and that youth violence has been rising even though it has actually declined since the early 1990s.

It is surprisingly difficult to know how much crime occurs. Crime is not like the weather, when we all can see whether it is raining, snowing, or sunny. Usually when crime occurs, only the criminal and the victim, and sometimes an occasional witness, know about it. We thus have an incomplete picture of the crime problem, but because of various data sources we still have a pretty good understanding of how much crime exists and of who is most likely to commit it and be victimized by it.

The government’s primary source of crime data is the Uniform Crime Reports (UCR), published annually by the Federal Bureau of Investigation. The FBI gathers its data from police departments around the country who tell the FBI about crimes that have come to their attention. The police also tell the FBI whether someone is arrested for the crime and, if so, the person’s age, gender, and race. The FBI gathers all these UCR data and reports them in an annual volume called Crime in the United States (Federal Bureau of Investigation, 2011).

Most UCR data concern the so-called Part I Crimes, eight felonies that the FBI considers the most serious. Four of these are violent crimes—homicide, rape, aggravated assault, and robbery—and four are property crimes—burglary, larceny (e.g., shoplifting, pick-pocketing, purse-snatching), motor vehicle theft, and arson.

According to the FBI, 1,246,248 violent crimes and 9,082,887 property crimes occurred in 2010, for a total of about 10.3 million. This is the nation’s official crime count, and by any standard it is a lot of crime. However, this number is much lower than it should be because more than half of all crime victims do not report their crimes to the police, and the police thus do not know about them. These unreported crimes represent “hidden” crimes or, as they are often called, the dark figure of crime. Thus the true crime problem is much greater than suggested by the UCR.

This underreporting of crime represents a major problem for the UCR’s validity. Several other problems exist. First, the UCR excludes white-collar crimes and thus diverts attention away from their harm. Second, police practices affect the number of crimes listed in the UCR. For example, the police do not record every report they hear from a citizen as a crime. Sometimes they do not have the time to do so, and sometimes they do not believe the citizen. If they do not record the report, the FBI does not count it as a crime. If the police start recording more reports or fail to record even more reports, the official crime rate will rise or fall, respectively, even though the actual number of crimes has not changed. This fact has led to crime-reporting scandals during the past two decades, as police departments in several major cities failed to record many crimes or downgraded others (e.g., calling a rape a simple assault) in an apparent effort to make it appear as if the crime rate were falling (Hart, 2004). In a third problem, if crime victims become more or less likely to report their crimes to the police (e.g., the advent of the 911 emergency number may have increased calls to the police), the official crime rate will again change, even if the actual number of crimes has not.

To get a more accurate picture of crime, the federal government began in the early 1970s to administer a survey, now called the National Crime Victimization Survey (NCVS), to tens of thousands of randomly selected US households. People in the households are asked whether they or their residence has been the victim of several different types of crimes in the past half year. Their responses are then extrapolated to the entire US population to yield fairly accurate estimates of the actual number of crimes occurring in the nation. These estimates are thought to be more accurate than the UCR’s figures, even if it is true that victims sometimes might not want to tell NCVS interviewers what happened to them (Catalano, 2006).

Table 8.1 “Number of Crimes: Uniform Crime Reports (UCR) and National Crime Victimization Survey (NCVS), 2010” lists the number of street crimes as reported by the UCR and estimated by NCVS. Note that these two crime sources do not measure exactly the crimes. For example, the NCVS excludes commercial crimes such as shoplifting, while the UCR includes them. The NCVS also includes simple assaults (where someone receives only a minor injury), while the UCR excludes them. These differences notwithstanding, we can still see that the NCVS estimates about 1.8 times as many crimes as the UCR reports to us. The dark figure of crime is large indeed.

A third source of crime information is the self-report survey. Here subjects, usually adolescents, indicate on an anonymous questionnaire whether and how often they committed various offenses in, say, the past year. Typically, they also answer questions about their family relationships, school performance, and other aspects of their backgrounds. Self-report studies have yielded valuable information about delinquency and explanations of crime. Like the NCVS, they underscore how much crime is committed that does not come to the attention of the police.