The topics of population and the environment raise many issues within the United States and across the globe for which a sociological perspective is very relevant. We address a few of these issues here.

We saw earlier that experts disagree over how concerned we should be generally about global population growth, and especially about the degree to which overpopulation is responsible for world hunger. Still, almost everyone would agree that world hunger is a matter of the most serious concern, even if they do not agree on why world hunger is so serious and so persistent. Both across the globe and within the United States, children and adults go hungry every day, and millions starve in the poorest nations in Africa and Asia.

As our earlier discussion indicated, many experts believe it is a mistake to blame world hunger on a scarcity of food. Instead, they attribute world hunger to various inequalities in access to, and in the distribution of, what is actually a sufficient amount of food to feed the world’s people. To effectively reduce world hunger, inequalities across the globe and within the United States based on income, ethnicity, and gender must be addressed; some ways of doing so have been offered in previous chapters.

Population growth in poor nations has slowed but remains a significant problem. Their poverty, low educational levels, and rural settings all contribute to high birth rates. More effective contraception is needed to reduce their population growth, and the United Nations and other international bodies must bolster their efforts, with the aid of increased funding from rich nations, to provide contraception to poor nations. But contraceptive efforts will not be sufficient by themselves. Rather, it is also necessary to raise these nations’ economic circumstances and educational levels, as birth rates are lower in nations that are wealthier and more educated. In particular, efforts that raise women’s educational levels are especially important if contraceptive use is to increase. In all these respects, we once again see the importance of a sociological perspective centering on the significance of socioeconomic inequality.

These two insights have important implications for how to improve our environment. Simply put, we must change the behaviors and decisions of individuals, businesses, and other organizations that harm the environment, and we must do everything possible to lessen the extra environmental harm that the poor and people of color experience. Many environmental scholars and activists believe that these efforts need to focus on the corporations whose industrial activities are often so damaging to the air, water, and land.

Beyond these general approaches to improving the environment, there are many strategies and policies that the United States and other nations could and should undertake to help the environment. Although a full discussion of these lies beyond the scope of this chapter, environmental experts recommend a number of actions for the United States to undertake (Lever-Tracy, 2011; Madrid, 2010; McNall, 2011). These include the following: 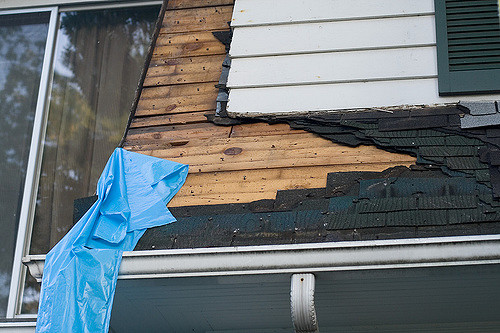 If the rooftops of houses were painted white or covered with light-colored shingles, atmospheric temperatures would reduce.

Another strategy is perhaps delightfully simple: turn rooftops and paved surfaces white! In many US cities, roofs of houses, high-rises, and other buildings are covered with dark asphalt shingles. Dark surfaces trap heat from the sun and promote higher air temperatures. Painting roofs white or using white shingles to reflect the sun’s heat would reduce these temperatures and help offset the effects of global warming (Levinson et al., 2010; Lomborg, 2010). A similar offset would occur from changing the color of our streets. Many roads in cities and other areas are composed of dark asphalt; using a lighter material would also help reduce air temperature and counter global warming. If these measures reduced air temperature in warm cities, less air conditioning would be needed. In turn, electricity use and carbon dioxide emissions would also decline.

To repeat what was said at the outset of this chapter, it is no exaggeration to say that the fate of our planet depends on the successful implementation of these and other strategies and policies. Because, as sociology emphasizes, the environmental problems that confront the world are the result of human activity, changes in human activity are necessary to save the environment.

Madrid, J. (2010). From a “green farce” to a green future: Refuting false claims about immigrants and the environment. Washington, DC: Center for American Progress.