The elasticity measures encountered so far in this chapter all relate to the demand side of the market. It is also useful to know how responsive quantity supplied is to a change in price.

Suppose the demand for apartments rises. There will be a shortage of apartments at the old level of apartment rents and pressure on rents to rise. All other things unchanged, the more responsive the quantity of apartments supplied is to changes in monthly rents, the lower the increase in rent required to eliminate the shortage and to bring the market back to equilibrium. Conversely, if quantity supplied is less responsive to price changes, price will have to rise more to eliminate a shortage caused by an increase in demand.

Figure 5.10 Increase in Apartment Rents Depends on How Responsive Supply Is 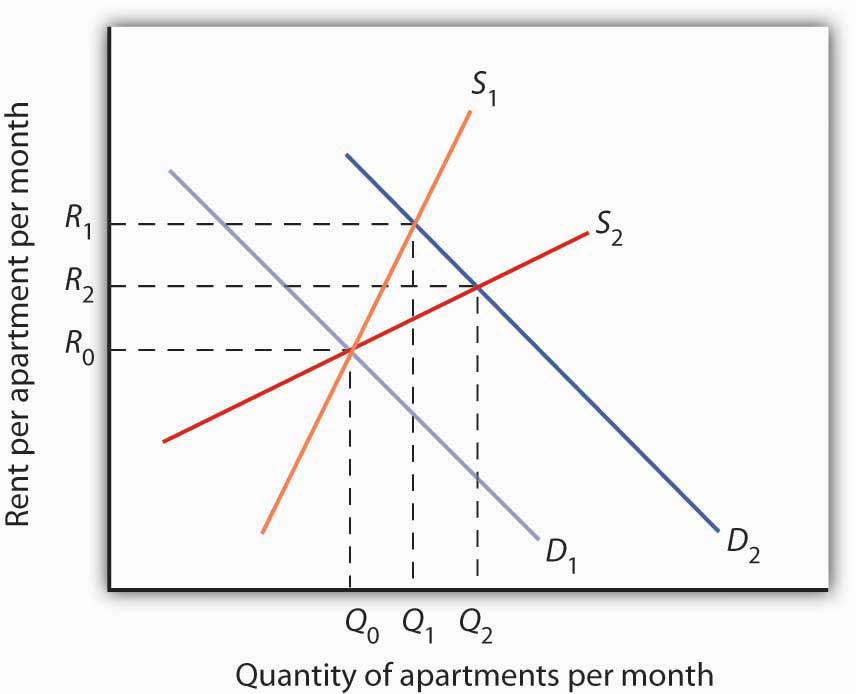 The more responsive the supply of apartments is to changes in price (rent in this case), the less rents rise when the demand for apartments increases.

Time: An Important Determinant of the Elasticity of Supply

Time plays a very important role in the determination of the price elasticity of supply. Look again at the effect of rent increases on the supply of apartments. Suppose apartment rents in a city rise. If we are looking at a supply curve of apartments over a period of a few months, the rent increase is likely to induce apartment owners to rent out a relatively small number of additional apartments. With the higher rents, apartment owners may be more vigorous in reducing their vacancy rates, and, indeed, with more people looking for apartments to rent, this should be fairly easy to accomplish. Attics and basements are easy to renovate and rent out as additional units. In a short period of time, however, the supply response is likely to be fairly modest, implying that the price elasticity of supply is fairly low. A supply curve corresponding to a short period of time would look like S1 in Figure 5.10 “Increase in Apartment Rents Depends on How Responsive Supply Is”. It is during such periods that there may be calls for rent controls.

If the period of time under consideration is a few years rather than a few months, the supply curve is likely to be much more price elastic. Over time, buildings can be converted from other uses and new apartment complexes can be built. A supply curve corresponding to a longer period of time would look like S2 in Figure 5.10 “Increase in Apartment Rents Depends on How Responsive Supply Is”.

The concept of price elasticity of supply can be applied to labor to show how the quantity of labor supplied responds to changes in wages or salaries. What makes this case interesting is that it has sometimes been found that the measured elasticity is negative, that is, that an increase in the wage rate is associated with a reduction in the quantity of labor supplied.

In most cases, labor supply curves have their normal upward slope: higher wages induce people to work more. For them, having the additional income from working more is preferable to having more leisure time. However, wage increases may lead some people in very highly paid jobs to cut back on the number of hours they work because their incomes are already high and they would rather have more time for leisure activities. In this case, the labor supply curve would have a negative slope. The reasons for this phenomenon are explained more fully in a later chapter.

This chapter has covered a variety of elasticity measures. All report the degree to which a dependent variable responds to a change in an independent variable. As we have seen, the degree of this response can play a critically important role in determining the outcomes of a wide range of economic events. Table 5.2 “Selected Elasticity Estimates”1 provides examples of some estimates of elasticities.

Case in Point: A Variety of Labor Supply Elasticities 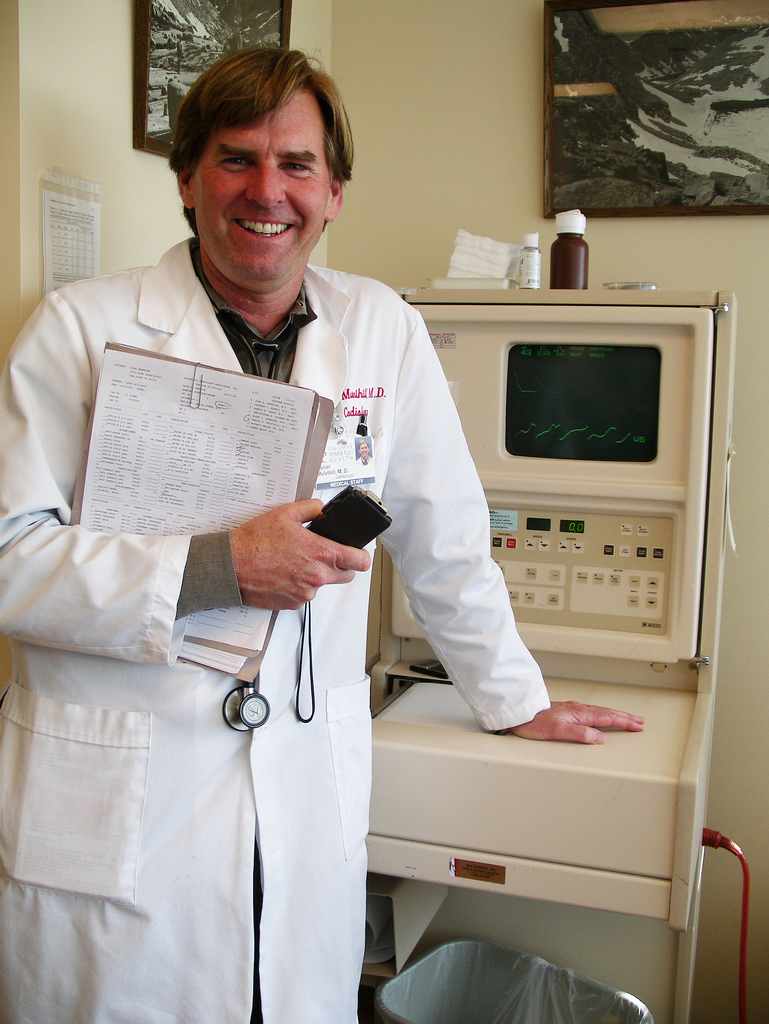 Studies support the idea that labor supply is less elastic in high-paying jobs than in lower-paying ones.

1Although close to zero in all cases, the significant and positive signs of income elasticity for marijuana, alcohol, and cocaine suggest that they are normal goods, but significant and negative signs, in the case of heroin, suggest that heroin is an inferior good. Saffer and Chaloupka (cited below) suggest the effects of income for all four substances might be affected by education. [Other References listed below]

Bhuyan, S., and Rigoberto A. Lopez, “Oligopoly Power in the Food and Tobacco Industries,” American Journal of Agricultural Economics 79 (August 1997):1035–1043.

Bresson, G., Joyce Dargay, Jean-Loup Madre, and Alain Pirotte, “Economic and Structural Determinants of the Demand for French Transport: An Analysis on a Panel of French Urban Areas Using Shrinkage Estimators,” Transportation Research: Part A 38:4 (May 2004): 269–285.