Firms in monopoly, monopolistic competition, and oligopoly use advertising when they expect it to increase their profits. We see the results of these expenditures in a daily barrage of advertising on television, radio, newspapers, magazines, billboards, passing buses, park benches, the mail, home telephones, and the ubiquitous pop-up advertisements on our computers—in virtually every medium imaginable. Is all this advertising good for the economy?

We have already seen that a perfectly competitive economy with fully defined and easily transferable property rights will achieve an efficient allocation of resources. There is no role for advertising in such an economy, because everyone knows that firms in each industry produce identical products. Furthermore, buyers already have complete information about the alternatives available to them in the market.

Advertising, like all other economic phenomena, has benefits as well as costs. To assess those benefits and costs, let us examine the impact of advertising on the economy.

Advertising does inform us about products and their prices. Even critics of advertising generally agree that when advertising advises consumers about the availability of new products, or when it provides price information, it serves a useful function. But much of the information provided by advertising appears to be of limited value. Hearing that “Pepsi is the right one, baby” or “Tide gets your clothes whiter than white” may not be among the most edifying lessons consumers could learn.

Some economists argue, however, that even advertising that seems to tell us nothing may provide useful information. They note that a consumer is unlikely to make a repeat purchase of a product that turns out to be a dud. Advertising an inferior product is likely to have little payoff; people who do try it are not likely to try it again. It is not likely a firm could profit by going to great expense to launch a product that produced only unhappy consumers. Thus, if a product is heavily advertised, its producer is likely to be confident that many consumers will be satisfied with it and make repeat purchases. If this is the case, then the fact that the product is advertised, regardless of the content of that advertising, signals consumers that at least its producer is confident that the product will satisfy them.

If advertising creates consumer loyalty to a particular brand, then that loyalty may serve as a barrier to entry to other firms. Some brands of household products, such as laundry detergents, are so well established they may make it difficult for other firms to enter the market.

Empirical studies of markets in which advertising is not allowed have confirmed that advertising encourages price competition. One of the most famous studies of the effects of advertising looked at pricing for prescription eyeglasses. In the early 1970s, about half the states in the United States banned advertising by firms making prescription eyeglasses; the other half allowed it. A comparison of prices in the two groups of states by economist Lee Benham showed that the cost of prescription eyeglasses was far lower in states that allowed advertising than in states that banned it (Benham, L., 1972). Mr. Benham’s research proved quite influential—virtually all states have since revoked their bans on such advertising. Similarly, a study of the cigarette industry revealed that before the 1970 ban on radio and television advertising market shares of the leading cigarette manufacturers had been declining, while after the ban market shares and profit margins increased (Eckard, W., 1991).

Advertising may also allow more entry by new firms. When Kia, a South Korean automobile manufacturer, entered the U.S. low-cost compact car market in 1994, it flooded the airwaves with advertising. Suppose such advertising had not been possible. Could Kia have entered the market in the United States? It seems highly unlikely that any new product could be launched without advertising. The absence of advertising would thus be a barrier to entry that would increase the degree of monopoly power in the economy. A greater degree of monopoly power would, over time, translate into higher prices and reduced output.

Advertising is thus a two-edged sword. On the one hand, the existence of established and heavily advertised rivals may make it difficult for a new firm to enter a market. On the other hand, entry into most industries would be virtually impossible without advertising.

Throughout the text up to this point, we have assumed that firms sold all units of output at the same price. In some cases, however, firms can charge different prices to different consumers. If such an opportunity exists, the firm can increase profits further.

Examples of price discrimination abound. Senior citizens and students are often offered discount fares on city buses. Children receive discount prices for movie theater tickets and entrance fees at zoos and theme parks. Faculty and staff at colleges and universities might receive discounts at the campus bookstore. Airlines give discount prices to customers who are willing to stay over a Saturday night. Physicians might charge wealthy patients more than poor ones. People who save coupons are able to get discounts on many items. In all these cases a firm charges different prices to different customers for what is essentially the same product.

Why would a firm charge different prices to different consumers? The answer can be found in the marginal decision rule and in the relationship between marginal revenue and elasticity.

Suppose an airline has found that its long-run profit-maximizing solution for a round-trip flight between Minneapolis and Cleveland, when it charges the same price to all passengers, is to carry 300 passengers at $200 per ticket. The airline has a degree of monopoly power, so it faces a downward-sloping demand curve. The airline has noticed that there are essentially two groups of customers on each flight: people who are traveling for business reasons and people who are traveling for personal reasons (visiting family or friends or taking a vacation). We will call this latter group “tourists.” Of the 300 passengers, 200 are business travelers and 100 are tourists. The airline’s revenue from business travelers is therefore currently $40,000 ($200 times 200 business travelers) and from tourists is currently $20,000 ($200 times 100 tourists).

It seems likely that the price elasticities of demand of these two groups for a particular flight will differ. Tourists may have a wide range of substitutes: They could take their trips at a different time, they could vacation in a different area, or they could easily choose not to go at all. Business travelers, however, might be attending meetings or conferences at a particular time and in a particular city. They have options, of course, but the range of options is likely to be more limited than the range of options facing tourists. Given all this, tourists are likely to have relatively more price elastic demand than business travelers for a particular flight.

Of course, the airline can impose a discriminatory fare structure only if it can distinguish tourists from business travelers. Airlines typically do this by looking at the travel plans of their customers. Trips that involve a stay over a weekend, for example, are more likely to be tourist related, whereas trips that begin and end during the workweek are likely to be business trips. Thus, airlines charge much lower fares for trips that extend through a weekend than for trips that begin and end on weekdays.

It is always in the interest of a firm to discriminate. Yet most of the goods and services that we buy are not offered on a discriminatory basis. A grocery store does not charge a higher price for vegetables to vegetarians, whose demand is likely to be less elastic than that of its omnivorous customers. An audio store does not charge a different price for Pearl Jam’s compact disks to collectors seeking a complete collection than it charges to casual fans who could easily substitute a disk from another performer. In these cases, firms lack a mechanism for knowing the different demands of their customers and for preventing resale.

Explain why price discrimination is often found in each of the following settings. Does it make sense in terms of price elasticity of demand? 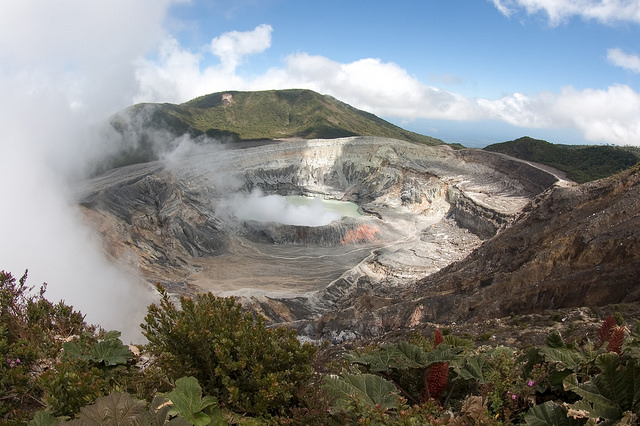 Costa Rica boasts some of the most beautiful national parks in the world. An analysis by Francisco Alpizar, an economist with Gothenburg University in Sweden and CATIE, a tropical research institute in Costa Rica, suggests that Costa Rica should increase the degree to which it engages in price discrimination in pricing its national parks.

The country has experimented with a wide range of prices for its national parks, with the price varying between $.80 and $15 for a daily visit. With data on the resultant number of visitors at each price, Professor Alpizar was able to estimate the demand curve, compute the price elasticity of demand, and develop a recommendation for pricing the country’s national parks.

Presumably, foreign visitors have a relatively less elastic demand for visiting the parks than do local citizens. Local citizens have better knowledge of substitutes for the parks—namely other areas in Costa Rica. And, of course, once foreign travelers are in the country, they have already committed the expense of getting there, and are less likely to be willing to pass up a visit to national parks based on pricing considerations.

Costa Rica already discriminates to a large degree. Foreigners are charged $7 per day to visit the parks; locals are charged $2. Professor Alpizar proposes increasing the degree of discrimination.

He estimates that the price elasticity of foreign demand for visits to Costa Rica’s national parks is −0.68. That, of course, suggests inelastic demand. Costa Rica could increase its revenue from foreign visitors by increasing the fee. Professor Alpizar proposes increasing the fee for foreigners to $10. He proposes that the price charged to Costa Ricans remain at $2—a price that he calculates equals the marginal cost of an additional visit.

Professor Alpizar calculates a fee of $10 per visit by a foreigner would more than pay the country’s fixed cost of maintaining its extensive park system, which utilizes 24% of the country’s land. The higher price would thus allow the government to meet the major costs of operating the national parks. Charging a $2 fee to locals would satisfy the efficiency requirement that price equal marginal cost for local visitors; the $10 fee to foreigners would permit the country to exploit its monopoly power in permitting people to visit the parks. The Costa Rican government has asked Professor Alpizar to design three pilot projects aimed at incorporating his proposal to raise park fees to foreign visitors.