How important is international trade?

Take a look at the labels on some of your clothing. You are likely to find that the clothes in your closet came from all over the globe. Look around any parking lot. You may find cars from Japan, Korea, Sweden, Britain, Germany, France, and Italy—and even the United States! Do you use a computer? Even if it is an American computer, its components are likely to have been assembled in Indonesia or in some other country. Visit the grocery store. Much of the produce may come from Latin America and Asia.

The international market is important not just in terms of the goods and services it provides to a country, but as a market for that country’s goods and services. Because foreign demand for U.S. exports is almost as large as investment and government purchases as a component of aggregate demand, it can be very important in terms of growth. The increase in exports from 2000 to 2007, for example, accounted for almost 20% of the gain in U.S. real GDP during that period. For the period 2004 to 2007, the increase in exports accounted for about 30% of the gain.

The Case for Trade

The conceptual argument for free trade is a compelling one; virtually all economists support policies that reduce barriers to trade. Economists were among the most outspoken advocates for the 1993 ratification of the North American Free Trade Agreement (NAFTA), which virtually eliminated trade restrictions between Mexico, the United States, and Canada, and the 2004 Central American Free Trade Agreement (CAFTA), which did the same for trade between the United States, Central America, and the Dominican Republic. Most economists have also been strong supporters of worldwide reductions in trade barriers, including the 1994 ratification of the General Agreement on Tariffs and Trade (GATT), a pact slashing tariffs and easing quotas among 117 nations, including the United States, and the Doha round of World Trade Organization negotiations, named after the site of the first meeting in Doha, Qatar, in 2001 and still continuing. In Europe, member nations of the European Union (EU) have virtually eliminated trade barriers among themselves, and 15 EU nations now have a common currency, the euro, and a single central bank, the European Central Bank, established in 1999. Trade barriers have also been slashed among the economies of Latin America and of Southeast Asia. A treaty has been signed that calls for elimination of trade barriers among the developed nations of the Pacific Rim (including the United States and Japan) by 2010 and among all Pacific rim nations by 2020.

The global embrace of the idea of free trade demonstrates the triumph of economic ideas over powerful forces that oppose free trade. One source of opposition to free trade comes from the owners of factors of production used in industries in which a nation lacks a comparative advantage.

Further, trade has no effect on real wage levels for the economy as a whole. The equilibrium real wage depends on the economy’s demand for and supply curve of labor. Trade affects neither.

Protectionist sentiment always rises during recessions. The recession that began in the United States in 2007 is no exception. The stimulus bill contained a provision ordering U.S. government agencies and contractors to purchase goods and services produced in the United States in preference to goods and services from other countries. Our trading partners have already begun threatening a trade war as a result of this provision. The stimulus bill does say that the “buy America first” provision should be “consistent with international obligations.” As yet, it is not clear how significant this provision would become.

The Rising Importance of International Trade

International trade is important, and its importance is increasing. From 1965 to 2007, world output rose by about 300%. But the gains in total exports were even more spectacular; they soared by over 1,000%!

Why has world trade risen so spectacularly? Two factors have been important. First, advances in transportation and communication have dramatically reduced the costs of moving goods around the globe. The development of shipping containerization that allows cargo to be moved seamlessly from trucks or trains to ships, which began in 1956, drastically reduced the cost of moving goods around the world, by as much as 90%. As a result, the numbers of container ships and their capacities have markedly increased1. Second, we have already seen that trade barriers between countries have fallen and are likely to continue to fall. 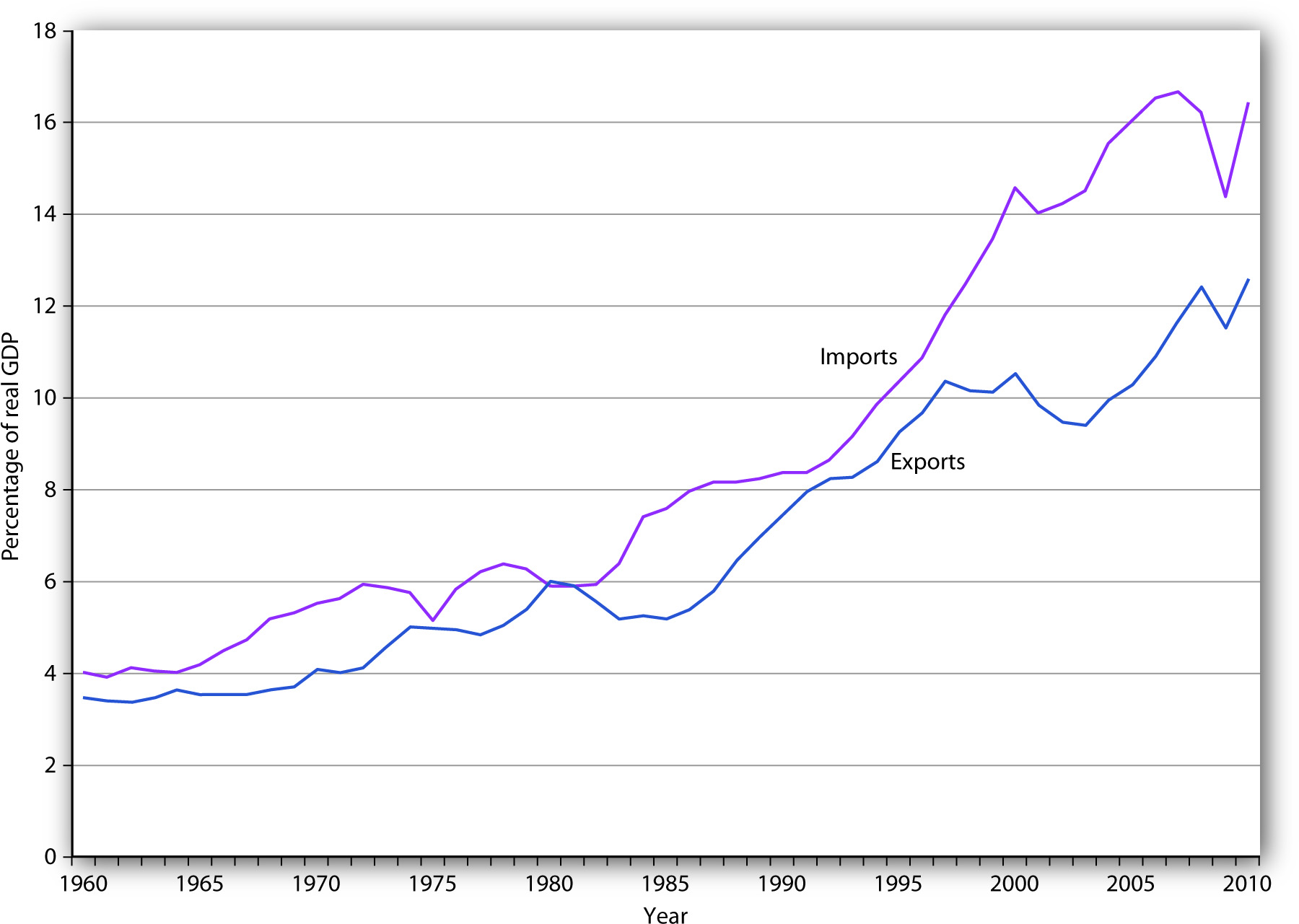 The chart shows exports and imports as a percentage of real GDP from 1960 through the third quarter of 2010.

Net Exports and the Economy

As trade has become more important worldwide, exports and imports have assumed increased importance in nearly every country on the planet. We have already discussed the increased shares of U.S. real GDP represented by exports and by imports. We will find in this section that the economy both influences, and is influenced by, net exports. First, we will examine the determinants of net exports and then discuss the ways in which net exports affect aggregate demand.

Net exports equal exports minus imports. Many of the same forces affect both exports and imports, albeit in different ways.

A nation’s own level of income affects its imports the same way it affects consumption. As consumers have more income, they will buy more goods and services. Because some of those goods and services are produced in other nations, imports will rise. An increase in real GDP thus boosts imports; a reduction in real GDP reduces imports. Figure 30.2 “U.S. Real GDP and Imports, 1960–2010” shows the relationship between real GDP and the real level of import spending in the United States from 1960 through 2010. Notice that the observations lie close to a straight line one could draw through them and resemble a consumption function. 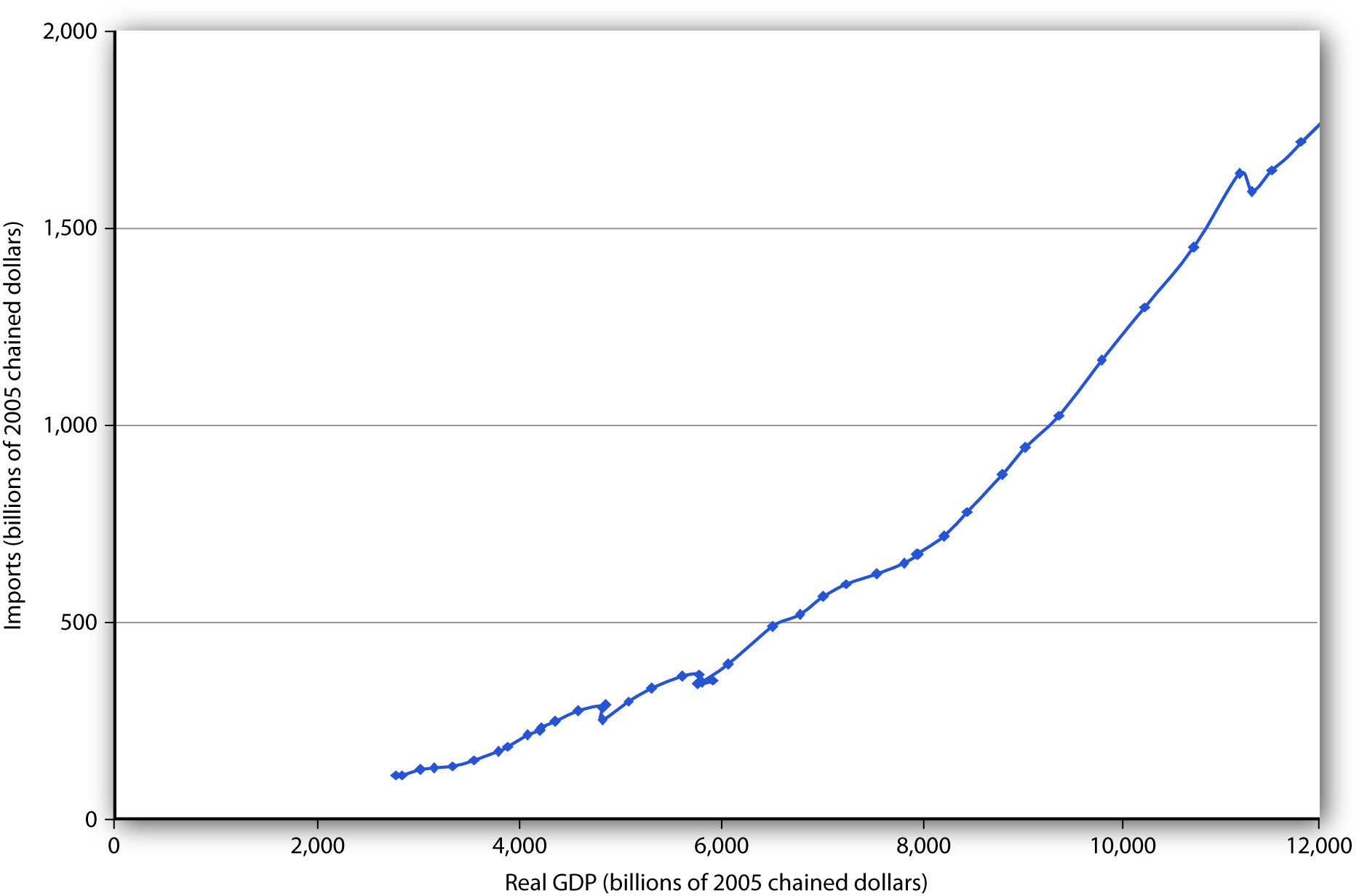 The chart shows annual values of U.S. real imports and real GDP from 1960 through 2010. The observations lie quite close to a straight line.

A country’s exports depend on its own trade policies as well as the trade policies of other countries. A country may be able to increase its exports by providing some form of government assistance (such as special tax considerations for companies that export goods and services, government promotional efforts, assistance with research, or subsidies). A country’s exports are also affected by the degree to which other countries restrict or encourage imports. The United States, for example, has sought changes in Japanese policies toward products such as U.S.-grown rice. Japan banned rice imports in the past, arguing it needed to protect its own producers. That has been a costly strategy; consumers in Japan typically pay as much as 10 times the price consumers in the United States pay for rice. Japan has given in to pressure from the United States and other nations to end its ban on foreign rice as part of the GATT accord. That will increase U.S. exports and lower rice prices in Japan.

Similarly, a country’s imports are affected by its trade policies and by the policies of its trading partners. A country can limit its imports of some goods and services by imposing tariffs or quotas on them—it may even ban the importation of some items. If foreign governments subsidize the manufacture of a particular good, then domestic imports of the good might increase. For example, if the governments of countries trading with the United States were to subsidize the production of steel, then U.S. companies would find it cheaper to purchase steel from abroad than at home, increasing U.S. imports of steel.

Consumer preferences are one determinant of the consumption of any good or service; a shift in preferences for a foreign-produced good will affect the level of imports of that good. The preference among the French for movies and music produced in the United States has boosted French imports of these services. Indeed, the shift in French preferences has been so strong that the government of France, claiming a threat to its cultural heritage, has restricted the showing of films produced in the United States. French radio stations are fined if more than 40% of the music they play is from “foreign” (in most cases, U.S.) rock groups.

Changes in technology can affect the kinds of capital firms import. Technological changes have changed production worldwide toward the application of computers to manufacturing processes, for example. This has led to increased demand for high-tech capital equipment, a sector in which the United States has a comparative advantage and tends to dominate world production. This has boosted net exports in the United States.

Changes in net exports that shift the aggregate demand curve can have a significant impact on the economy. The United States, for example, experienced a slowdown in the rate of increase in real GDP in the second and third quarters of 1998—virtually all of this slowing was the result of a reduction in net exports caused by recessions that staggered economies throughout Asia. The Asian slide reduced incomes there and thus reduced Asian demand for U.S. goods and services. We will see in the next section another mechanism through which difficulties in other nations can cause changes in a nation’s net exports and its level of real GDP in the short run.

Draw graphs showing the aggregate demand and short-run aggregate supply curves in each of four countries: Mexico, Japan, Germany, and the United States. Assume that each country is initially in equilibrium with a real GDP of Y1 and a price level of P1. Now show how each of the following four events would affect aggregate demand, the price level, and real GDP in the country indicated. 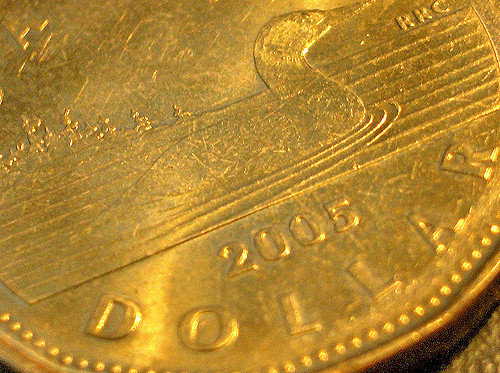 Throughout 2003 and the first half of 2004, the Canadian dollar, nicknamed the loonie after the Canadian bird that is featured on its one-dollar coin, rose sharply in value against the U.S. dollar. Because the United States and Canada are major trading partners, the changing exchange rate suggested that, other things equal, Canadian exports to the United States would fall and imports rise. The resulting fall in net exports, other things equal, could slow the rate of growth in Canadian GDP.

Fortunately for Canada, “all other things” were not equal. In particular, strong income growth in the United States and China increased the demand for Canadian exports. In addition, the loonie’s appreciation against other currencies was less dramatic, and so Canadian exports remained competitive in those markets. While imports did increase, as expected due to the exchange rate change, exports grew at a faster rate, and hence net exports increased over the period.

In sum, Canadian net exports grew, although not by as much as they would have had the loonie not appreciated. As Beata Caranci, an economist for Toronto Dominion Bank put it, “We might have some bumpy months ahead but it definitely looks like the worst is over. … While Canadian exports appear to have survived the loonie’s run-up, their fortunes would be much brighter if the exchange rate were still at 65 cents.” 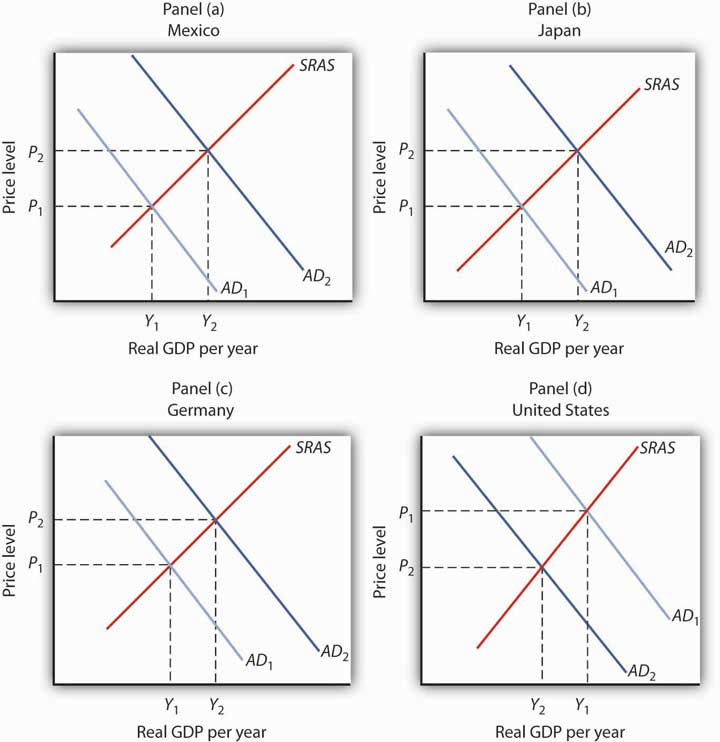 1For an interesting history of this remarkable development, see Marc Levinson, The Box: How the Shipping Container Made the World Smaller and the World Economy Bigger (Princeton: Princeton University Press, 2006).