In the short run, changes in investment cause aggregate demand to change. Consider, for example, the impact of a reduction in the interest rate, given the investment demand curve (ID). In Figure 29.10 “A Change in Investment and Aggregate Demand”, Panel (a), which uses the investment demand curve introduced in Figure 29.7 “The Investment Demand Curve”, a reduction in the interest rate from 8% to 6% increases investment by $50 billion per year. Assume that the multiplier is 2. With an increase in investment of $50 billion per year and a multiplier of 2, the aggregate demand curve shifts to the right by $100 billion to AD2 in Panel (b). The quantity of real GDP demanded at each price level thus increases. At a price level of 1.0, for example, the quantity of real GDP demanded rises from $8,000 billion to $8,100 billion per year.

Figure 29.10 A Change in Investment and Aggregate Demand 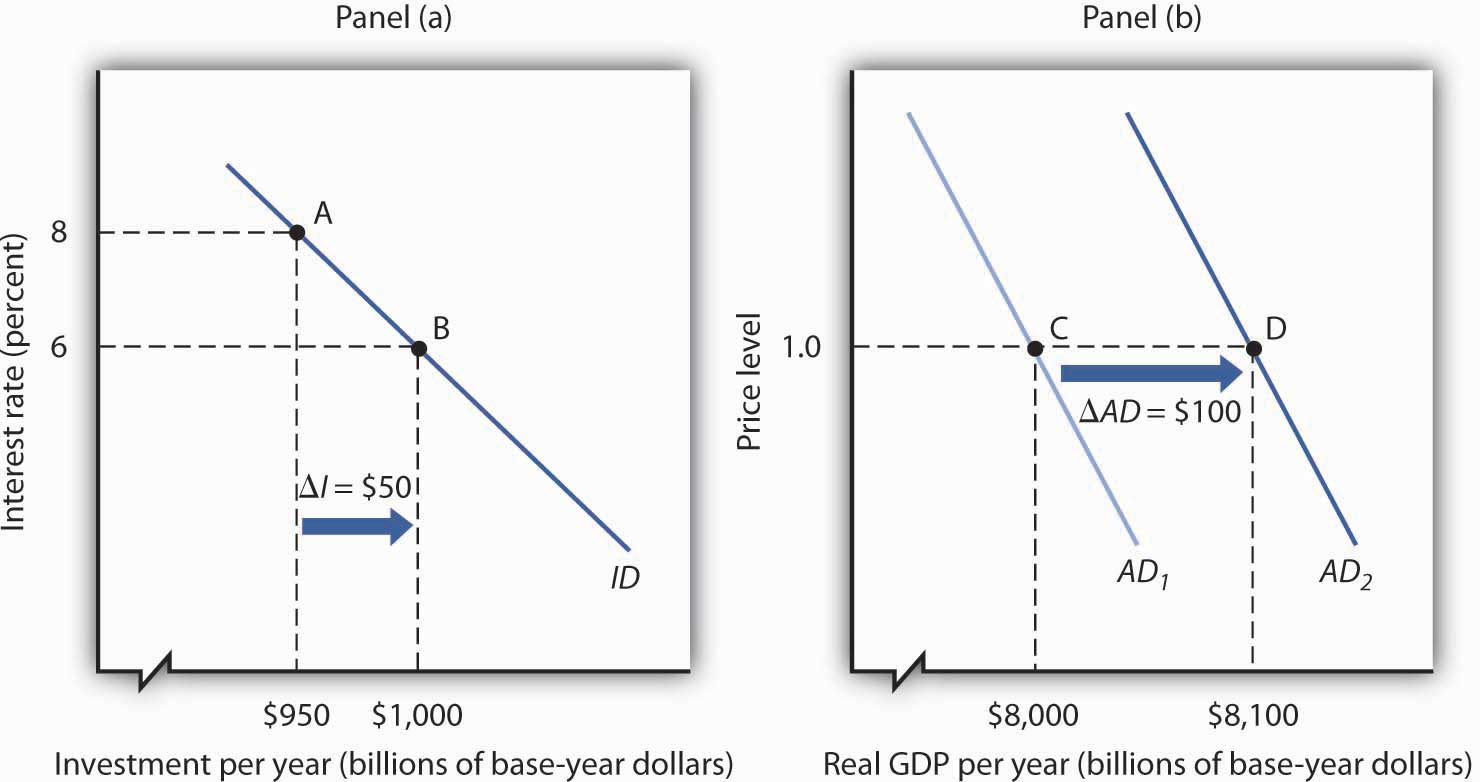 A reduction in investment would shift the aggregate demand curve to the left by an amount equal to the multiplier times the change in investment.

Investment adds to the stock of capital, and the quantity of capital available to an economy is a crucial determinant of its productivity. Investment thus contributes to economic growth. We saw in Figure 29.4 “The Choice between Consumption and Investment” that an increase in an economy’s stock of capital shifts its production possibilities curve outward. (Recall from the chapter on economic growth that it also shifts the economy’s aggregate production function upward.) That also shifts its long-run aggregate supply curve to the right. At the same time, of course, an increase in investment affects aggregate demand, as we saw in Figure 29.10 “A Change in Investment and Aggregate Demand”.

Case in Point: Investment by Businesses Saves the Australian Expansion 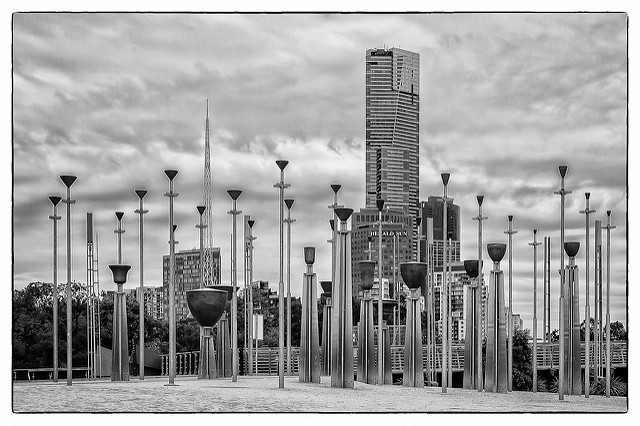 The data supported his conclusions. The level of investment spending in Australia on new buildings, plant, and equipment was 17% higher in 2005 than in 2004. Within the investment category, mining investment, spurred on by high prices for natural resources, was particularly strong.

Panel (a) shows AD shifting by more than LRAS; the price level will rise in the long run.

Panel (b) shows AD and LRAS shifting by equal amounts; the price level will remain unchanged in the long run.