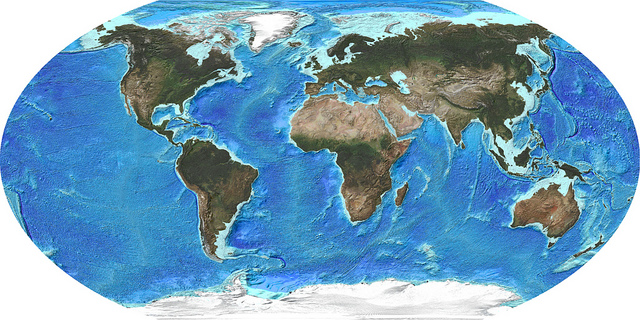 Do you wear Nike shoes or Timberland boots? Buy groceries at Tops Friendly Markets, Giant Stores, or Stop & Shop? Listen to Beyonce, Pitbull, Britney Spears, Jennifer Lopez, the Dixie Chicks, Foster the People, or the Dave Matthews Band? If you answered yes to any of these questions, you’re a global business customer. Both Nike and Timberland manufacture most of their products overseas. The Dutch firm Royal Ahold owns all three supermarket chains. Sony Music, the label that records Beyonce, J. Lo, the Dixie Chicks, and the other artists mentioned, belongs to a Japanese company.

Take an imaginary walk down Orchard Road, the most fashionable shopping area in Singapore. You’ll pass department stores such as Tokyo-based Takashimaya and London’s very British Marks & Spencer, both filled with such well-known international labels as Ralph Lauren Polo, Burberry, Chanel, and Nokia. If you need a break, you can also stop for a latte at Seattle-based Starbucks.

When you’re in the Chinese capital of Beijing, don’t miss Tiananmen Square. Parked in front of the Great Hall of the People, the seat of Chinese government, are fleets of black Buicks, cars made by General Motors in Flint, Michigan. If you’re adventurous enough to find yourself in Faisalabad, a medium-size city in Pakistan, you’ll see locals riding donkeys, camels pulling carts piled with agricultural produce, and Hamdard University, located in a refurbished hotel. Step inside its computer labs, and the sensation of being in a faraway place will likely disappear: on the computer screens, you’ll recognize the familiar Microsoft flag—the same one emblazoned on screens in Microsoft’s hometown of Seattle and just about everywhere else on the planet.