If you want to start a new business, you probably should avoid certain types of businesses. You’d have a hard time, for example, setting up a new company to make automobiles or aluminum, because you’d have to make tremendous investments in property, plant, and equipment, and raise an enormous amount of capital to pay your workforce.

Fortunately, plenty of opportunities are still available if you’re willing to set your sights a little lower. Many types of businesses require reasonable initial investments, and not surprisingly, these are the ones that usually present attractive small business opportunities.

We’ll have more to say about industries and how to analyze them in later chapters. Here, we’ll simply define an industry as a group of companies that compete with one another to sell similar products, and we’ll focus on the relationship between a small business and the industry in which it operates. First, we’ll discuss the industries in which small businesses tend to be concentrated. To do this, we’ll divide businesses into two broad types of industries, or sectors: the goods-producing sector and the service-producing sector. 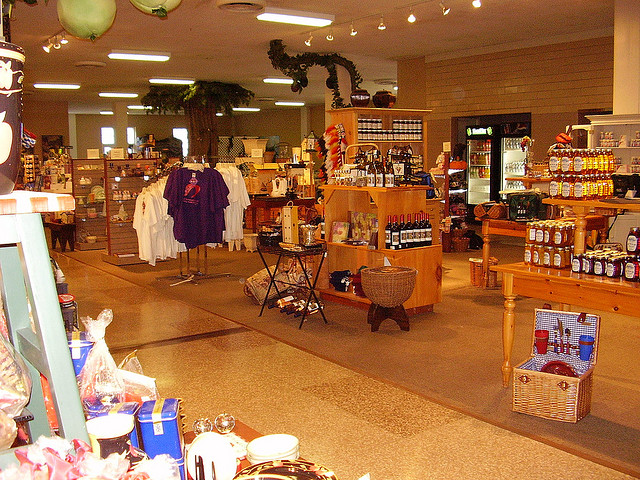 A high percentage of small businesses are in the retail sector.

The largest areas of the goods-producing sector are construction and manufacturing. Construction businesses are often started by skilled workers, such as electricians, painters, plumbers, and home builders. They tend to be small and generally work on local projects. Though manufacturing is primarily the domain of large businesses, there are exceptions. BTIO/Realityworks, for example, is a manufacturing enterprise (components come from Ohio and China, and assembly is done in Wisconsin).

Another small manufacturer is Reveal Entertainment, which was founded in 1996 to make and distribute board games. Founder Jeffrey Berndt started with a single award-winning game—a three-dimensional finance and real estate game called “Tripoly”—and now boasts a product line of dozens of board games. There are strategy games, like “Squad Seven,” which uses a CD soundtrack to guide players through a jungle in search of treasure; children’s games, like “Portfolio Junior,” which teaches kids the rudiments of personal finances; and party games, like “So Sue Me,” in which players get to experience the fun side of suing their neighbors and taking their possessions (Reveal Entertainment, 2011).

How about making something out of trash? Daniel Blake never followed his mother’s advice at dinner when she told him to eat everything on his plate. When he served as a missionary in Puerto Rico, Aruba, Bonaire, and Curacao after his first year in college, he noticed that the families he stayed with didn’t follow her advice either. But they didn’t throw their uneaten food into the trash. Instead they put it on a compost pile and used the mulch to nourish their vegetable gardens and fruit trees. While eating at an all-you-can-eat breakfast buffet back home at Brigham Young University, Blake was amazed to see volumes of uneaten food in the trash. This triggered an idea: why not turn the trash into money. Two years later, he was running his company—EcoScraps—that collects 40 tons of food scraps a day from 75 grocers (including Costco) and turns it into high-quality potting soil that he sells online and to nurseries and garden supply stores. What’s his profit from this venture? Almost half a million dollars on sales of $1.5 million. Beats cleaning your plate. One person’s trash is another person’s treasure.

Many small businesses in this sector are retailers—they buy goods from other firms and sell them to consumers, in stores, by phone, through direct mailings, or over the Internet. In fact, entrepreneurs are turning increasingly to the Internet as a venue for start-up ventures. Take Tony Roeder, for example, who had a fascination with the red Radio Flyer wagons that many of today’s adults had owned as children. In 1998, he started an online store through Yahoo! to sell red wagons from his home. In three years, he turned his online store into a million-dollar business (Isidro, 2011). When we talk about Internet entrepreneurs, we have to mention Mark Zuckerberg, the king of Internet entrepreneurship. As is well known, he founded Facebook while a student at Harvard and, by age 27, had built up a personal wealth of $13.5 billion (Forbes, 2011).

Other small business owners in this sector are wholesalers—they sell products to businesses that buy them for resale or for company use. A local bakery, for example, is acting as a wholesaler when it sells desserts to a restaurant, which then resells them to its customers. A small business that buys flowers from a local grower (the manufacturer) and resells them to a retail store is another example of a wholesaler.

A high proportion of small businesses in this sector provide professional, business, or personal services. Doctors and dentists are part of the service industry, as are insurance agents, accountants, and lawyers. So are businesses that provide personal services, such as dry cleaning and hairdressing.

David Marcks, for example, entered the service industry about fourteen years ago when he learned that his border collie enjoyed chasing geese at the golf course where he worked. Anyone who’s been on a golf course recently knows exactly what the goose problem is. While they are lovely to look at, they answer the call of nature on tees, fairways, and greens. That’s where Marcks’s company, Geese Police, comes in: Marcks employs specially trained dogs to chase the geese away. He now has twenty-seven trucks, thirty-two border collies, and five offices. Golf courses account for only about 5 percent of his business, as his dogs now patrol corporate parks and playgrounds as well (Isidro, 2008)1. 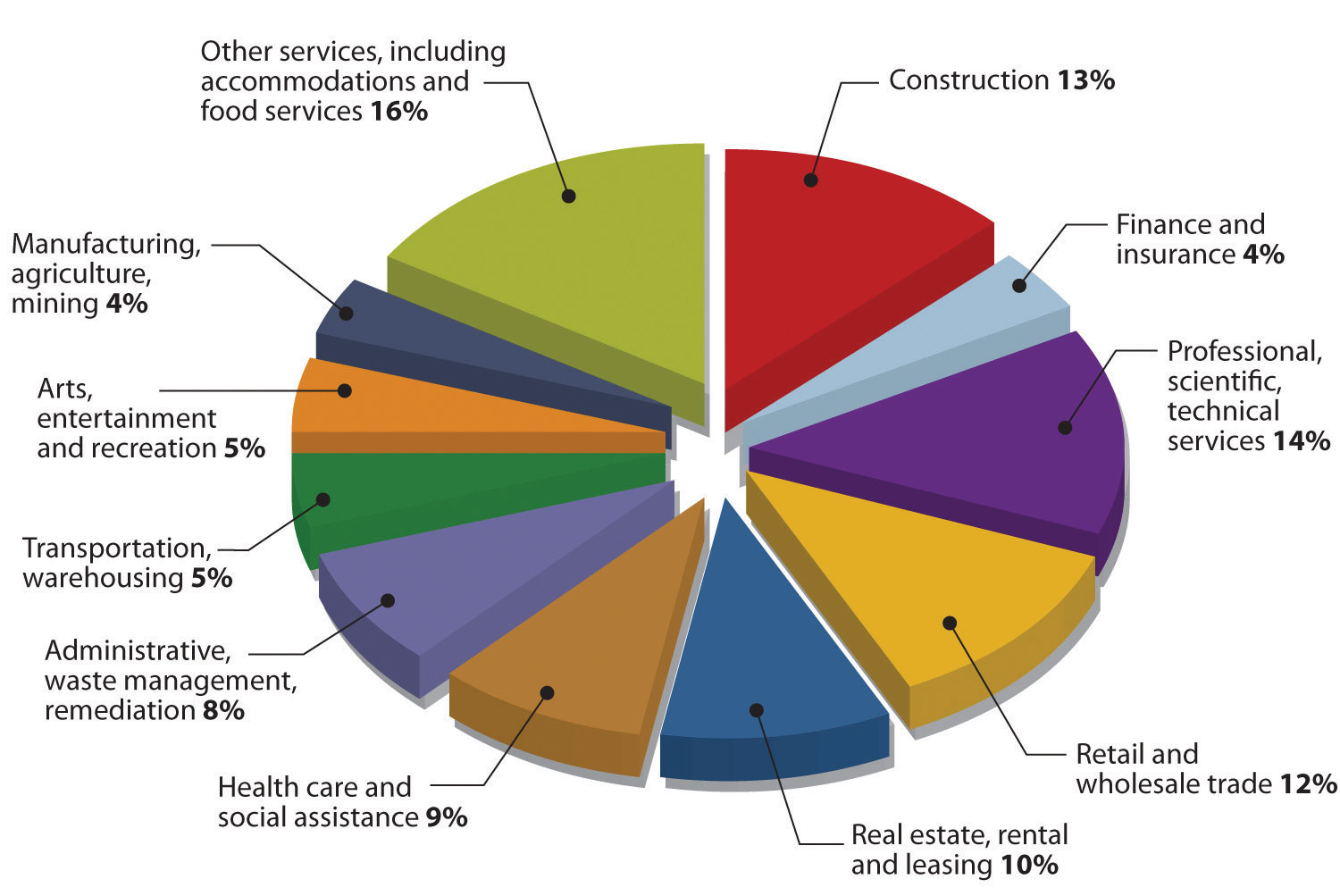