Now that we know a little bit about how teams work, we need to ask ourselves why they work. Not surprisingly, this is a fairly complex issue. In this section, we’ll answer these closely related questions: Why are teams often effective? Why are they sometimes ineffective?

First, let’s begin by identifying several factors that, in practice, tend to contribute to effective teamwork. Generally speaking, teams are effective when the following factors are met (Whetten & Cameron, 2007):

Most of these explanations probably make pretty clear intuitive sense. Unfortunately, because such issues are rarely as clear-cut as they may seem at first glance, we need to examine the issue of group effectiveness from another perspective—one that considers the effects of factors that aren’t quite so straightforward.

What Makes a Team Cohesive?

Numerous factors may contribute to team cohesiveness, but in this section, we’ll focus on five of the most important: 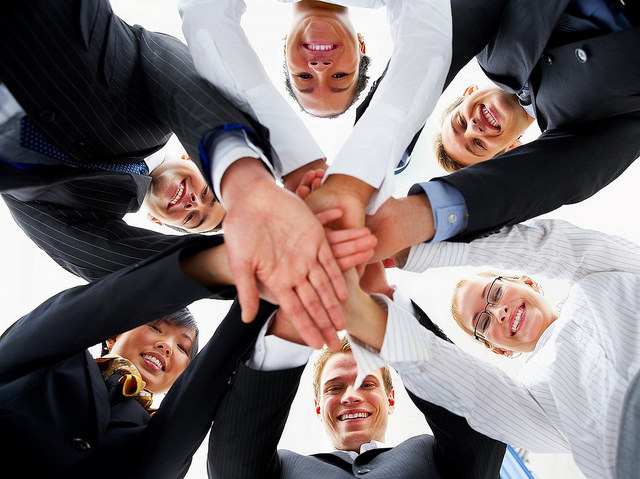 A cohesive team with goals that are aligned with the goals of the organization is most likely to succeed.

There’s such a thing as too much cohesiveness. When, for instance, members are highly motivated to collaborate in performing the team’s activities, the team is more likely to be effective in achieving its goals. Clearly, when those goals are aligned with the goals of the larger organization, the organization, too, will be happy. If, however, its members get too wrapped up in more immediate team goals, the whole team may lose sight of the larger organizational goals toward which it’s supposed to be working.

Likewise, it’s easier for leaders to direct members toward team goals when members are all on the same page—when there’s a basic willingness to conform to the team’s rules and guidelines. When there’s too much conformity, however, the group can become ineffective: It may resist change and fresh ideas and, what’s worse, may end up adopting its own dysfunctional tendencies as its way of doing things. Such tendencies may also encourage a phenomenon known as groupthink—the tendency to conform to group pressure in making decisions, while failing to think critically or to consider outside influences.

Groupthink is often cited as a factor in the explosion of the space shuttle Challenger in January 1986: Engineers from a supplier of components for the rocket booster warned that the launch might be risky because of the weather but were persuaded to reverse their recommendation by NASA officials who wanted the launch to proceed as scheduled (Griffin, 2011).

Teams don’t always work. To learn why, let’s take a quick look at four common obstacles to success in introducing teams into an organization (Greenberg & Baron, 2008):

Finally, remember that teams are composed of people, and whatever the roles they happen to be playing at a given time, people are subject to psychological ups and downs. As members of workplace teams, they need motivation, and as we observed in Chapter 7 “Recruiting, Motivating, and Keeping Quality Employees”, when motivation is down, so are effectiveness and productivity. As you can see in Figure 8.3 “Sources of Frustration”, the difficulty of maintaining a high level of motivation is the chief cause of frustration among members of teams. As such, it’s also a chief cause of ineffective teamwork, and that’s one reason why more employers now look for the ability to develop and sustain motivation when they’re hiring new managers (Thompson, 2008). 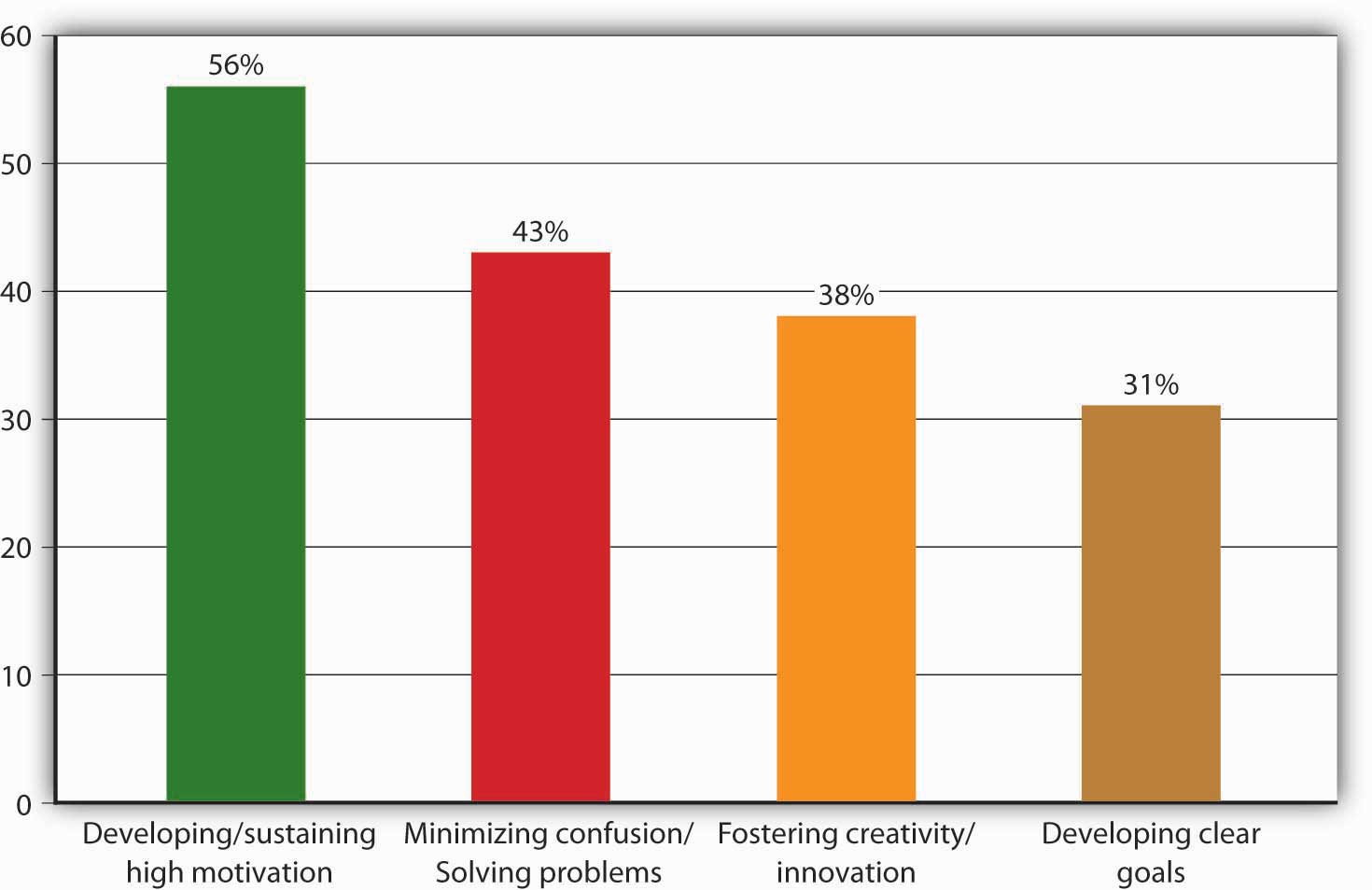 At some point in the coming week, while you’re working on an assignment for any one of your classes, ask at least one other member of the class to help you with it or to collaborate with you in studying for it. After you’ve completed your assignment, make a list of the advantages and disadvantages of working on the assignment with another person.