“Life Is All about Group Work”

“I’ll work extra hard and do it myself, but please don’t make me have to work in a group.”

Like it or not, you’ll probably be given some teamwork assignments while you’re in college. More than two-thirds of all students report having participated in the work of an organized team, and if you’re in business school, you will almost certainly find yourself engaged in team-based activities (Whetten & Cameron, 2007; Wellins et. al., 1991).

Why do we put so much emphasis on something that, reportedly, makes many students feel anxious and academically drained? Here’s one college student’s practical-minded answer to this question:

In the real world, you have to work with people. You don’t always know the people you work with, and you don’t always get along with them. Your boss won’t particularly care, and if you can’t get the job done, your job may end up on the line. Life is all about group work, whether we like it or not. And school, in many ways, prepares us for life, including working with others” (Nichols, 2003).

She’s right. In placing so much emphasis on teamwork skills and experience, college business departments are doing the responsible thing—preparing students for the business world that awaits them. A survey of Fortune 1000 companies reveals that 79 percent already rely on self-managing teams and 91 percent on various forms of employee work groups. Another survey found that the skill that most employers value in new employees is the ability to work in teams (Whetten & Cameron, 2007; Lawler, 2003). If you’re already trying to work your way up an organizational ladder, consider the advice of former Chrysler Chairman Lee Iacocca: “A major reason that capable people fail to advance is that they don’t work well with their colleagues” (Paulson, 1990). The importance of the ability to work in teams was confirmed in a survey of leadership practices of more than sixty of the world’s top organizations (Fortune Magazine, 1999). When top executives in these organizations were asked, “What causes high-potential leadership candidates to derail? (stop moving up in the organization),” 60 percent of the organizations cited “inability to work in teams.” Interestingly, only 9 percent attributed the failure of these executives to advance to “lack of technical ability.” While technical skills will be essential in your getting hired into an organization, your team skills will play a significant role in your ability to advance.

Will You Make a Good Team Member?

What if your instructor in this course decides to divide the class into several three-, four-, or five-member teams and assigns each team to develop a new product plus a business plan to get it into production and out on the market? What teamwork skills could you bring to the table? What teamwork skills do you need to work on? What qualities do you possess that might make you a good team leader?

What Skills Does the Team Need?

Sometimes we hear about a sports team made up of mostly average players who win a championship because of coaching genius, flawless teamwork, and superhuman determination (Robbins & Judge, 2009). But not terribly often. In fact, we usually hear about such teams simply because they’re newsworthy—exceptions to the rule. Typically a team performs well because its members possess some level of talent. This doesn’t mean, however, that we should reduce team performance to the mere sum of its individual contributions: Members’ talents aren’t very useful if they’re not managed in a collective effort to achieve a common goal.

In the final analysis, of course, a team can succeed only if its members provide the skills that need managing. In particular, every team requires some mixture of three sets of skills:

The key to success is ultimately the right mix of these skills. Remember, too, that no team needs to possess all these skills—never mind the right balance of them—from day one. In many cases, a team gains certain skills only when members volunteer for certain tasks and perfect their skills in the process of performing them. For the same reason, effective teamwork develops over time as team members learn how to handle various team-based tasks. In a sense, teamwork is always work in progress.

What Roles Do Team Members Play?

Like your teamwork skills, expect your role on a team to develop over time. Also remember that, both as a student and as a member of the workforce, you’ll be a member of a team more often than a leader (a subject that we’ll take up in the next section). Team members, however, can have as much impact on a team’s success as its leaders. The key is the quality of the contributions they make in performing nonleadership roles (Whetten & Cameron, 2007).

What, exactly, are those roles? At this point, you’ve probably concluded that every team faces two basic challenges:

Whether you affect the team’s work positively or negatively depends on the extent to which you help it or hinder it in meeting these two challenges (Whetten & Cameron, 2007). We can thus divide teamwork roles into two categories, depending on which of these two challenges each role addresses. These two categories (task-facilitating roles and relationship-building roles) are summarized in Table 8.2 “Roles that Team Members Play”.

Task-facilitating roles address challenge number one—accomplishing the team goals. As you can see from Table 8.2 “Roles that Team Members Play”, such roles include not only providing information when someone else needs it but also asking for it when you need it. In addition, it includes monitoring (checking on progress) and enforcing (making sure that team decisions are carried out). Task facilitators are especially valuable when assignments aren’t clear or when progress is too slow. Moreover, every team needs people who recognize when a little task facilitation is called for.

When you challenge unmotivated behavior or help other team members understand their roles, you’re performing a relationship-building role and addressing challenge number two—maintaining or improving group cohesiveness. This type of role includes just about every activity that improves team “chemistry,” from confronting to empathizing.

Bear in mind three points about this model of team-membership roles: (1) Teams are most effective when there’s a good balance between task facilitation and relationship building; (2) it’s hard for any given member to perform both types of roles, as some people are better at focusing on tasks and others on relationships; and (3) overplaying any facet of any role can easily become counterproductive. For example, elaborating on something may not be the best strategy when the team needs to make a quick decision; and consensus building may cause the team to overlook an important difference of opinion.

Finally, review Table 8.3 “How to Block Teamwork”, which summarizes a few characteristics of another kind of team-membership role. So-called blocking roles consist of behavior that inhibits either team performance or that of individual members. Every member of the team should know how to recognize blocking behavior. If teams don’t confront dysfunctional members, they can destroy morale, hamper consensus building, create conflict, and hinder progress.

Table 8.3 How to Block Teamwork

As we highlighted earlier, throughout your academic career you’ll likely participate in a number of team projects. Not only will you make lasting friends by being a member of a team, but in addition you’ll produce a better product. To get insider advice on how to survive team projects in college (and perhaps really enjoy yourself in the process), let’s look at some suggestions offered by two students who have gone through this experience (Nichols, 2003; Feenstra, 2002).

What Does It Take to Lead a Team?

“Some people are born leaders, some achieve leadership, and some have leadership thrust upon them.” Or so Shakespeare might have said if he were managing a twenty-first-century work team instead of a sixteenth-century theater troupe. At some point in a successful career, whether in business, school, or any other form of organizational work, you may be asked (or assigned) to lead a team. The more successful you are, the more likely you are to receive such an invitation. So, what will you have to do as a leader? What skills will you need?

Like so many of the questions that we ask in this book, these questions don’t have any simple answers. As for the first question—what does a leader have to do?—we can provide one broad answer: A leader must help members develop the attitudes and behavior that contribute to team success: interdependence, collective responsibility, shared commitment, and so forth.

Team leaders must be able to influence their team members. And notice that we say influence: except in unusual circumstances, giving commands and controlling everything directly doesn’t work very well (Whetten & Cameron, 2007). As one team of researchers puts it, team leaders are more effective when they work with members rather than on them (Whetten & Cameron, 2007). Hand in hand with the ability to influence is the ability to gain and keep the trust of team members. People aren’t likely to be influenced by a leader whom they perceive as dishonest or selfishly motivated. 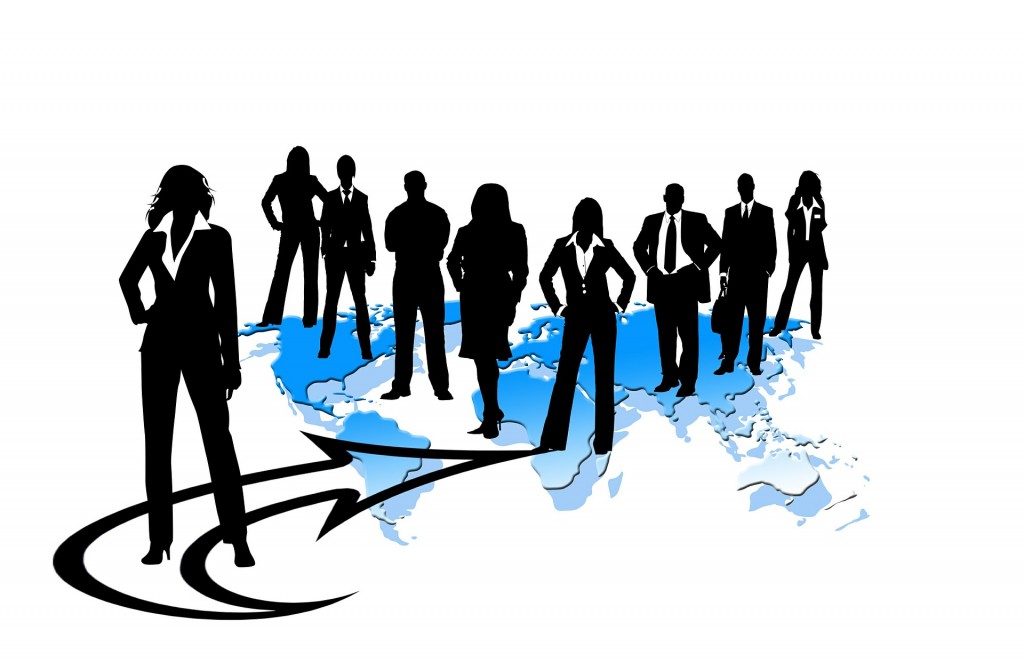 Team leaders are most effective when they can not only influence members but also gain their trust.

Assuming you were asked to lead a team, there are certain leadership skills and behaviors that would help you influence your team members and build trust. Let’s look at seven of these:

One student, a veteran of team-based assignments, has some good advice to offer students who are following in her footsteps. Don’t start, she advises, until you’ve drawn up a team charter. This charter (or contract) should include the following: the goals of the group; information on meeting times and places; ways to ensure that each member’s ideas are considered and respected; methods for resolving conflicts; a “kick-out” clause—a statement of what will happen if a team member skips meetings or fails to do his or her share of the work (Feenstra, 2002).

Now assume that you’ve just been assigned to a team in one of your classes. Prepare a first-draft charter in which you spell out rules of conduct for the team and its members.