The second of the four Ps in the marketing mix is price. Pricing a product involves a certain amount of trial and error because there are so many factors to consider. If you price too high, a lot of people simply won’t buy your product. Or you might find yourself facing competition from some other supplier that thinks it can beat your price. On the other hand, if you price too low, you might not make enough profit to stay in business. So how do you decide on a price? Let’s look at several pricing options that were available to those marketers at Wow Wee who were responsible for pricing Robosapien. We’ll begin by discussing two strategies that are particularly applicable to products that are being newly introduced.

When Robosapien was introduced into the market, it had little direct competition in its product category. True, there were some “toy” robots available, but they were not nearly as sophisticated. Sony offered a pet dog robot called Aibo, but its price tag of $1,800 was really high. Even higher up the price-point scale was the $3,600 iRobi robot made by the Korean company Yujin Robotics to entertain kids and even teach them foreign languages. Parents could also monitor kids’ interactions with the robot through its own video-camera eyes; in fact, they could even use the robot itself to relay video messages telling kids to shut it off and go to sleep (Edwards, 2004).

Because Wow Wee was introducing an innovative product in an emerging market with few direct competitors, it considered one of two pricing strategies:

In their search for the best price level, Wow Wee’s marketing managers could consider a variety of other approaches, such as cost-based pricing, demand-based pricing, target costing, odd-even pricing, and prestige pricing. Any of these methods could be used not only to set an initial price but also to establish long-term pricing levels.

Before we examine these strategies, let’s pause for a moment to think about the pricing decisions that you have to make if you’re selling goods for resale by retailers. Most of us think of price as the amount that we—consumers—pay for a product. But when a manufacturer (such as Wow Wee) sells goods to retailers, the price it gets is not what we the consumers will pay for the product. In fact, it’s a lot less.

Here’s an example. Say you buy a shirt at a store in the mall for $40. The shirt was probably sold to the retailer by the manufacturer for $20. The retailer then marks up the shirt by 100 percent, or $20, to cover its costs and to make a profit. The $20 paid to the manufacturer plus the $20 markup results in a $40 sales price to the consumer.

Using cost-based pricing, Wow Wee’s accountants would figure out how much it costs to make Robosapien and then set a price by adding a profit to the cost. If, for example, it cost $40 to make the robot, Wow Wee could add on $10 for profit and charge retailers $50.

Let’s say that Wow Wee learns through market research how much people are willing to pay for Robosapien. Following a demand-based pricing approach, it will use this information to set the price that it charges retailers. If consumers are willing to pay $120 retail, Wow Wee will charge retailers a price that will allow retailers to sell the product for $120. What would that price be? Here’s how we would arrive at it: $120 consumer selling price minus a $60 markup by retailers means that Wow Wee can charge retailers $60.

With target costing, you work backward. You figure out (again using research findings) how much consumers are willing to pay for a product. You then subtract the retailer’s profit. From this price—the selling price to the retailer—you subtract an amount to cover your profit. This process should tell you how much you can spend to make the product. For example, Wow Wee determines that it can sell Robosapien to retailers for $70. The company decides that it wants to make $15 profit on each robot. Thus, Wow Wee can spend $55 on the product ($70 selling price to the retailer minus $15 profit means that the company can spend $55 to make each robot). 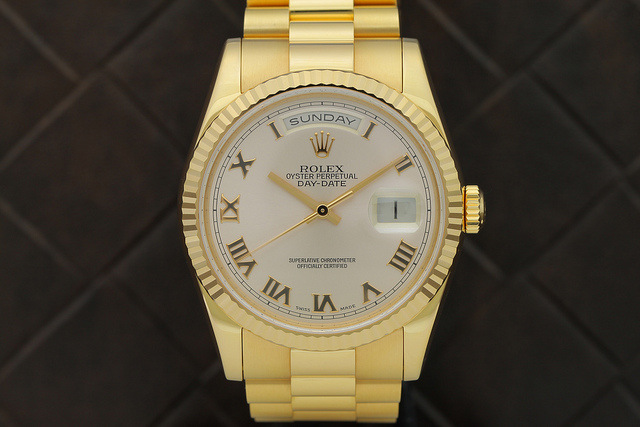 Luxury goods, like jewelry and watches, are priced based on a prestige approach.

Some people associate a high price with high quality—and, in fact, there generally is a correlation. Thus, some companies adopt a prestige-pricing approach—setting prices artificially high to foster the impression that they’re offering a high-quality product. Competitors are reluctant to lower their prices because it would suggest that they’re lower-quality products. Let’s say that Wow Wee finds some amazing production method that allows it to produce Robosapien at a fraction of its current cost. It could pass the savings on by cutting the price, but it might be reluctant to do so: What if consumers equate low cost with poor quality?

Do you think $9.99 sounds cheaper than $10? If you do, you’re part of the reason that companies sometimes use odd-even pricing—pricing products a few cents (or dollars) under an even number. Retailers, for example, might price Robosapien at $99 (or even $99.99) if they thought consumers would perceive it as less than $100.

Most calculators come with a book of instructions. Unfortunately, if you misplace the book, you’re left to your own devices in figuring out how to use the calculator. Wouldn’t it be easier if the calculator had a built-in “help” function similar to the one on your computer? You could just punch the “Help” key on your keypad and call up the relevant instructions on your display screen. You just invented a calculator with this feature, and you’re ready to roll it out. First, however, you have to make some pricing decisions:

Prepare a report describing both your introductory and your long-term alternatives. Then explain and justify your choice of the methods that you’ll use.