The WorldCom situation is not an isolated incident. The boom years of the 1990s were followed by revelations of massive corporate corruption, including criminal schemes at companies such as Enron, Adelphia, and Tyco. In fall 2001, executives at Enron, an energy supplier, admitted to accounting practices concocted to overstate the company’s income over a period of four years. In the wake of the company’s collapse, stock prices plummeted from $90 to $1 a share, inflicting massive financial losses on the investment community. Thousands of employees lost not only their jobs but their retirement funds, as well (Kadlec, 2002). Before the Enron story was off the front pages, officials at Adelphia, the nation’s sixth-largest cable company, disclosed that founder and CEO John Rigas had treated the publicly owned firm as a personal piggy bank, siphoning off billions of dollars to support his family’s extravagant lifestyle and bankrupting the company in the process (Lieberman, 2004). Likewise, CEO Dennis Koslowzki of conglomerate Tyco International was apparently confused about what was his and what belonged to the company. Besides treating himself to a $30 million estate in Florida and a $7 million Park Avenue apartment, Koslowzki indulged in a taste for expensive office accessories—such as a $15,000 umbrella stand, a $17,000 traveling toilette box, and a $2,200 wastebasket—that eventually drained $600 million from company coffers1.

As crooked as these CEOs were, Bernie Madoff, founder of Bernard L. Madoff Investment Securities and former chairman of the NASDAQ stock exchange, makes them seem like dime-store shoplifters2. Madoff is alleged to have run a giant Ponzi scheme (Langan, 2008) that cheated investors of up to $65 billion. His wrongdoings won him a spot at the top of Time Magazine’s Top 10 Crooked CEOs. According to the SEC charges, Madoff convinced investors to give him large sums of money. In return, he gave them an impressive 8 percent to 12 percent return a year. But Madoff never really invested their money. Instead, he kept it for himself. He got funds to pay the first investors their return (or their money back if they asked for it) by bringing in new investors. Everything was going smoothly until the fall of 2008, when the stock market plummeted and many of his investors asked for their money back. As he no longer had their money, the game was over and he had to admit that the whole thing was just one big lie. Thousands of investors, including many of his wealthy friends, not-so-rich retirees who trusted him with their life savings, and charitable foundations, were financially ruined. All those harmed by Madoff either directly or indirectly were pleased when he was sentenced to jail for one-hundred and fifty years.

Are these cases merely aberrations? A Time/CNN poll conducted in the midst of all these revelations found that 72 percent of those surveyed don’t think so. They believe that breach of investor and employee trust represents an ongoing, long-standing pattern of deceptive behavior by officials at a large number of companies (Gibbs, et. al., 2002). If they’re right, then a lot of questions need to be answered. Why do such incidents happen (and with such apparent regularity)? Who are the usual suspects? How long until the next corporate bankruptcy record is set? What action can be taken—by individuals, organizations, and the government—to discourage such behavior?

The Idea of Business Ethics

It’s in the best interest of a company to operate ethically. Trustworthy companies are better at attracting and keeping customers, talented employees, and capital. Those tainted by questionable ethics suffer from dwindling customer bases, employee turnover, and investor mistrust.

Let’s begin this section by addressing one of the questions that we posed previously: What can individuals, organizations, and government agencies do to foster an environment of ethical and socially responsible behavior in business? First, of course, we need to define two terms: business ethics and social responsibility. They’re often used interchangeably, but they don’t mean the same thing.

You probably already know what it means to be ethical: to know right from wrong and to know when you’re practicing one instead of the other. At the risk of oversimplifying, then, we can say that business ethics is the application of ethical behavior in a business context. Acting ethically in business means more than simply obeying applicable laws and regulations: It also means being honest, doing no harm to others, competing fairly, and declining to put your own interests above those of your company, its owners, and its workers. If you’re in business you obviously need a strong sense of what’s right and what’s wrong (not always an easy task). You need the personal conviction to do what’s right, even if it means doing something that’s difficult or personally disadvantageous.

What Is Social Responsibility?

Corporate social responsibility deals with actions that affect a variety of parties in a company’s environment. A socially responsible company shows concern for its stakeholders—anyone who, like owners, employees, customers, and the communities in which it does business, has a “stake” or interest in it. We’ll discuss corporate responsibility later in the chapter. At this point, we’ll focus on ethics.

How Can You Recognize an Ethical Organization?

One goal of anyone engaged in business should be to foster ethical behavior in the organizational environment. How do we know when an organization is behaving ethically? Most lists of ethical organizational activities include the following criteria:

Whether you work for a business or for a nonprofit organization, you probably have a sense of whether your employer is ethical or unethical. Employees at companies that consistently make Business Ethics magazine’s list of the “100 Best Corporate Citizens” regard the items on the previous list as business as usual in the workplace. Companies that routinely win good-citizenship awards include Procter & Gamble, Hewlett-Packard, Intel, Avon Products, Cisco Systems, and Merck3.

By contrast, employees with the following attitudes tend to suspect that their employers aren’t as ethical as they should be: 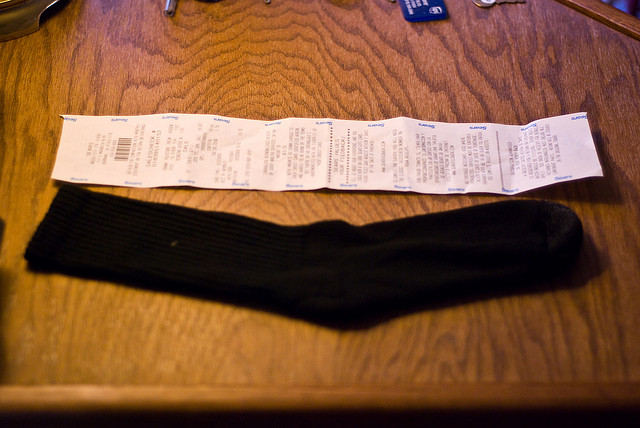 In the early 1990s, many Sears automotive customers were surprised by hefty repair bills. Their complaints raised red flags with law-enforcement officials and forced Sears to refund $60 million.

In the early 1990s, many workers in Sears automotive service centers shared suspicions about certain policies, including the ways in which they were supposed to deal with customers. In particular, they felt uncomfortable with a new compensation plan that rewarded them for selling alignments, brake jobs, shock absorbers, and other parts and services. Those who met quotas got bonuses; those who didn’t were often fired. The results shouldn’t be surprising: In their zeal to meet quotas and keep their jobs, some employees misled customers into believing they needed parts and services when, in fact, they were not needed. Before long, Sears was flooded with complaints from customers—as were law-enforcement officials—in more than forty states. Sears denied any intent to deceive customers but was forced not only to eliminate sales commissions but also to pay out $60 million in refunds.

Ideally, prison terms, heavy fines, and civil suits should put a damper on corporate misconduct, but, unfortunately, many experts suspect that this assumption may be a bit optimistic. Whatever the condition of the ethical environment in the near future, one thing seems clear: The next generation entering business—which includes most of you—will find a world much different than the one that waited for the previous generation. Recent history tells us in no uncertain terms that today’s business students, many of whom are tomorrow’s business leaders, need a much sharper understanding of the difference between what is and isn’t ethically acceptable. As a business student, one of your key tasks is learning how to recognize and deal with the ethical challenges that will confront you.

Moreover, knowing right from wrong will make you more marketable as a job candidate. Asked what he looked for in a new hire, Warren Buffet, the world’s most successful investor, replied: “I look for three things. The first is personal integrity, the second is intelligence, and the third is a high energy level.” He paused and then added: “But if you don’t have the first, the second two don’t matter.”4

At most schools, information on academic integrity is available from one of the following sources:

Locate information on your school’s academic integrity policies and answer the following questions: