Family theories hold promise for assessing the complex web of factors that influence family resettlement processes. As students, researchers, and/or clinicians, we must consider the values represented by the theories we choose to use. We offer several considerations as you evaluate potential theories.

In general, past and current ideas about the resettlement process place great responsibility for resettlement on the immigrants and their families. These ideas are grounded in the viewpoint that because these individuals and families choose to migrate, often to improve their life prospects, they should be held accountable for their success. However, underlying this viewpoint is a cultural bias towards personal responsibility and self-reliance. Although sometimes well-meaning, it can be at odds with different beliefs and practices held by immigrant communities. The bias towards personal responsibility and self-reliance is rooted in ideals of meritocracy that is widely accepted in the (commonly labeled) individualistic United States society. Meritocracy assumes that success and material possession results from an individual’s hard work and initiative within a fair and just society, and thus all privilege is attributed to one’s own hard work (Case, 2013). The argument against placing some responsibility on the larger society for the successful resettlement of immigrants emerges from the possible cultural incompatibility with this individualistic, capitalistic way of life. Most immigrant families arrive with hopes for achieving a better life and are prepared to continue to make sacrifices and work hard to do so. However, adapting to a new context with no frame of reference, little ability to communicate, and scarce resources may be a daunting task without external help. 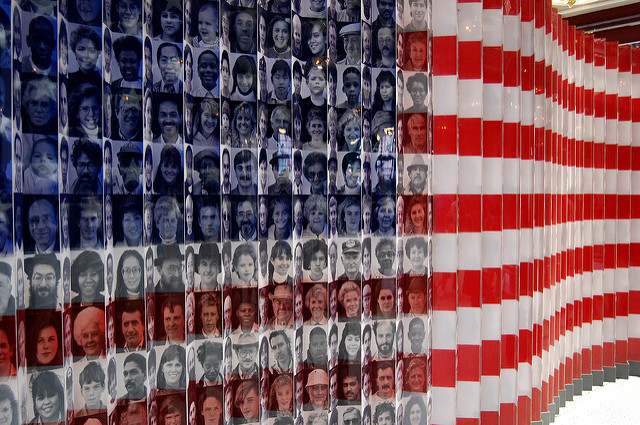 Immigrants have described their experiences of loss and disruption, which is magnified when they are visible minorities in their receiving country (Abbott, Wong, Williams, Au, & Young, 2005). In-depth studies with immigrant men and women reported that almost all initial interactions they had with members of the dominant group were experienced as condescending with messages of superiority and discrimination (Muwanguzi & Musambira, 2012). One very direct way that local community receptions and perceptions can negatively impact resettlement experiences for immigrants is parent-school involvement and immigrant children’s scholastic achievement. Studies have consistently shown that parent school involvement for immigrant families has been low (Kao, 1995, 2004; Nord & Griffin, 1999; Turney & Kao, 2009). Kwon (2006) found that Korean immigrant mothers felt disempowered in their role and involvement with the school system, specifically related to their identity, cultural differences, and English skills. Focusing solely on conventional ways of parental involvement can overlook and underestimate immigrant parent strengths and efforts to support their children academically (Tiwana, 2012). In sum, the assumptions and expectations from commonly held values, when not critically analyzed, can act as barriers to immigrant families’ abilities to thrive in a new society.