Substances may be used as a means of coping with previous or ongoing trauma, stress, isolation, and uncertainty (Ezard, 2012; United Nations, 2014; Weaver & Roberts, 2010). Each of these phenomena can be a risk factor for substance use and related disorders in immigrant communities. Additionally, particular practices and cultural norms in the country of origin along with acculturation stressors related to local customs in the United States can put immigrants at an increased risk for substance use.

However, many immigrants and refugees avoid substance use even after traumatic exposure and distress. In a study of Cambodian refugees 20 years after arrival, alcohol use disorder was positively related to trauma exposure since arriving in the United States, but not to trauma exposure prior to arrival (Marshall, Schell, Elliott, Berthold, & Chun, 2005). A low rate (4%) of alcohol use disorder was found in spite of high rates of PTSD (62%) and major depression disorder (51%) in this community. Similarly, in focus groups conducted with Karen refugees, trauma was described as a much more influential factor in substance use in the refugee camps than in the United States.

Stresses after resettlement. Immigrants face significant stressors as they seek employment and a new life in the United States, particularly when they face discrimination along the way. These stressors are associated with increased substance use. For example, migrant workers report that three of their most common reasons for drinking are isolation from family, boredom, and stress, along with work constraints that lead to lack of dry recreation or opportunities for social connection (Organista, 2007). Furthermore, immigrants’ experiences of unfair treatment and perceived discrimination in finding work are associated with alcohol disorders, prescription drug abuse, and illicit drug use (Gee, Delva, & Takeuchi, 2007).

Immigrants also face stressors linked to the legal consequences of substance use. Within the United States, individuals who abuse alcohol and identify as being from racial minority backgrounds are seen as “doubly vulnerable” (Gwyn & Colin 2010, p. 38). The legal ramifications for racial minority communities are more severe than for majority communities, such as criminal charges (Iguchi, Bell, Ramchand & Fain, 2005) and increased involvement with social service related organizations (i.e., Child Protective Services, Department of Social Services; Roberts & Nuru-Jeter, 2012). Legal proceedings are often expensive and difficult to understand for those without a formal legal education. For people who have language and cultural barriers, this process may become additionally challenging. Immigrants and refugees often experience these additional challenges. Differences in culture, religion, acculturation process, gender roles, hierarchy, collectivism/individualism, and family structures and dynamics often exacerbate the amount of stressors these families face (Rastogi & Wadhwa, 2006). Each of these challenges requires consideration in research, policy, and intervention.

Norms in country of origin and acculturation to local customs. The norms from the country of origin frequently play a role in an immigrant’s substance use and abuse after arrival. For example, in a study of Asian American immigrants, the detrimental drinking pattern (or the “extent to which frequent heavy drinking, drunkenness, festive drinking at community celebrations, drinking with meals, and drinking in public places are common”) in the country of origin was significantly associated with the risk of frequent drunkenness and alcohol-abuse symptoms (Cook, Bond, Karriker-Jaffe, & Zemore, 2013, p. 533). Drinking prevalence (or the “extent to which alcohol consumption is integrated into society as an ordinary occurrence”) in the country of origin was associated with alcohol dependence symptoms (Cook et al., 2013, p. 533). Acculturation to the United States consumption behaviors can also increase the risk of substance abuse (Ezard, 2012; Bacio, Mays, & Lau, 2012; Kam, 2011; Prado et al., 2009). Pumariega, Millsaps, Rodriguez, Moser, & Pumariega (2007), for example, found that adolescents may be at an increased risk of substance abuse due to the challenges of acculturation and adopting ‘Americanized’ activities. 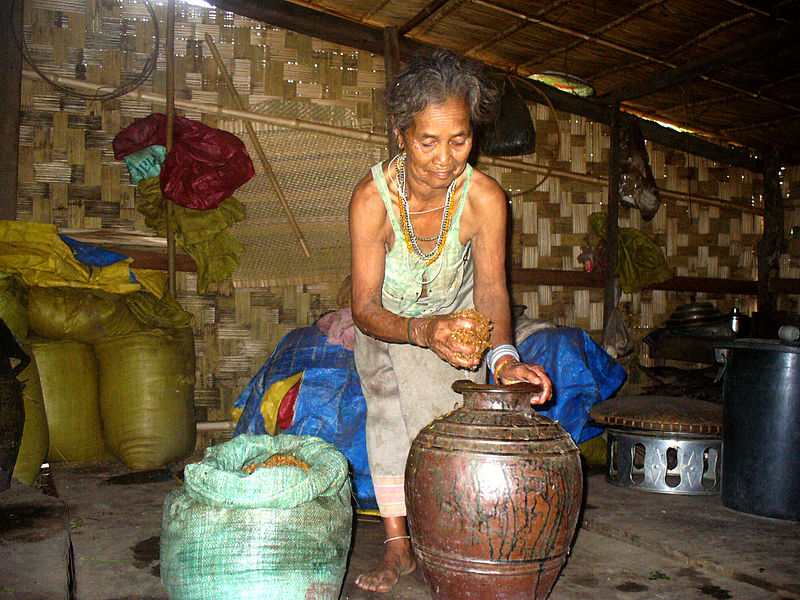 Knowing the various risk factors immigrants face, it is surprising that immigrants report less drug use (i.e., alcohol, cigarette, intravenous drugs, and other illegal drugs) than United States-born individuals (Hussey et al., 2007). This phenomenon of immigrants doing better than United States-born individuals has been termed the immigration paradox (for greater detail, see Chapter 8) because it contradicts assumptions that difficult transitions to a new country increase the likelihood of substance abuse. For example, one study found adolescents in neighborhoods of historical Mexican heritage (e.g., mostly non-immigrants) were at higher risk for alcohol and marijuana use; these neighborhoods tended to have higher rates of crime, poverty, and residential insecurity. However, youth living in neighborhoods that had higher numbers of immigrants reported lower use of alcohol, cigarettes, and marijuana. This suggests that there was something about neighborhoods with more of an immigrant presence that may act as a protective factor in adolescent substance use (Kulis et al., 2007). While this paradox does not hold true for all immigrant groups (Hernandez, Denton, MaCartney, & Blanchard, 2012), many researchers are puzzled at these findings. Recent literature suggests that family support may explain why this is the case.