“When it became so unsafe we could not stay anymore. Some of the men who had returned [from Thailand] were my uncles, and they said that if we wanted to go with them to Thailand they would help us out, so that is why we decided to leave for Thailand… I still remember lots of things about living in camp, such as the sicknesses, not enough water to drink, the very hot weather, and not enough food…Everything about it was bad. We were living on the Thai people’s land, so they treated us any way they wanted. When the Hmong went to the flea market, they were beaten.”

In order to be a refugee, families must have traveled to a new country in order to escape persecution. Families generally cross the border into another country where they have heard that some aid is available. Charity or government organizations will set up refugee camps, which provide some shelter, medical care, and food.

Refugee camps are set up in response to a sudden and great need. Consequently, there are rarely enough resources for all of the families. Women are particularly at risk after a disaster. They may struggle to compete with men for resources (Viswanath et al., 2013). Post-disaster resources tend to have little sensitivity to needs of women, such as sanitary towels, diapers, or privacy or protection near restroom facilities (Viswanath et al., 2013; Fisher, 2010). Women experience increased sexual violence and domestic abuse following a disaster (Luft, 2008; Neumayer & Plumper, 2007; Anastario, Larrance, & Lawry, 2008; Viswanath et al., 2013).

Families can sometimes be separated during this stage of relocation. For example, children are sometimes sent ahead to another camp that is thought to be safer, leading to separation from their parents (Luster, Qin, Bates, Johnson, & Rana, 2008). This can lead to both vulnerability and feelings of loss. 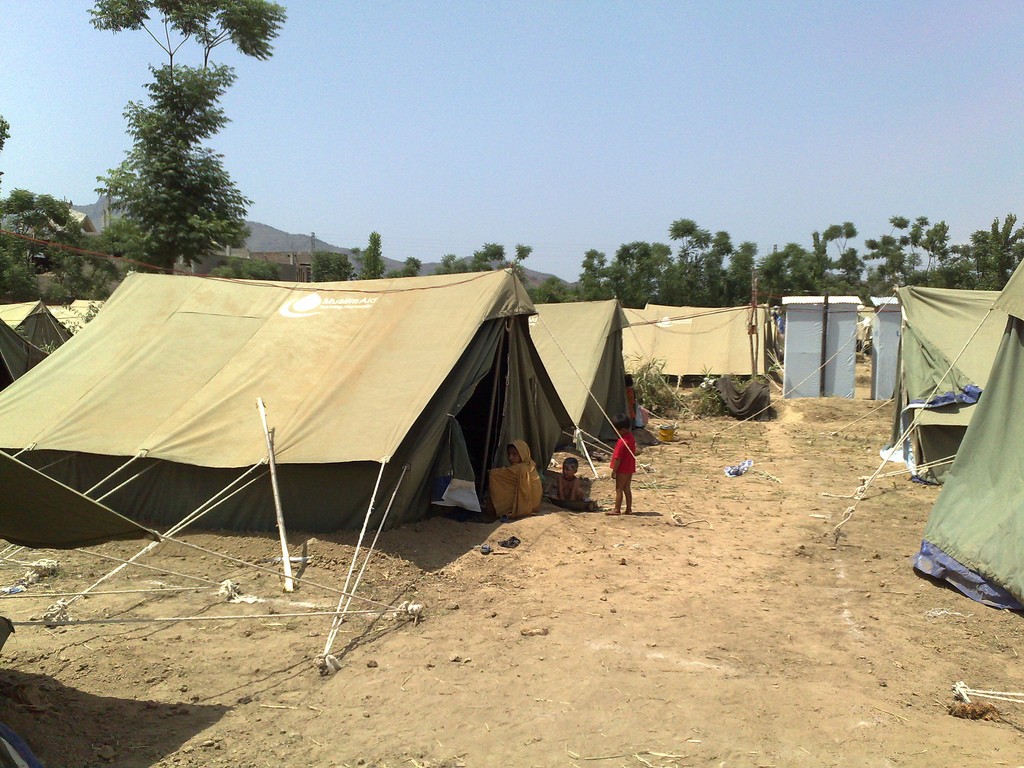