There are five primary purposes of immigration policy (US English Foundation, 2016; Fix & Passel, 1994).

There are many ideological differences among the stakeholders in immigration policy, and many different priorities. In order to meet the purposes listed above, policy-makers must balance the following goals against one another.

Provide refuge to all versus recruit the best. Some stakeholders desire to provide refuge for the displaced (Permanently stamped on the Statue of Liberty are the words, “Give me your tired, your poor, your huddled masses yearning to breathe free”). These stakeholders seek to welcome all who are separated from their families or face economic, political, or safety concerns in their current locations. Others aim to recruit those best qualified to add to the economy.

Meet labor force needs versus protect current citizen employment. Immigrant workers are expected to make up 30-50% of the growth in the United States labor force in the coming decades (Lowell, Gelatt, & Batalova, 2006). In general, immigrants provide needed employment and do not impact the wages of the current workforce. However, there are situations (i.e., during economic downturns) where immigration can threaten the current work force’s conditions or wages. 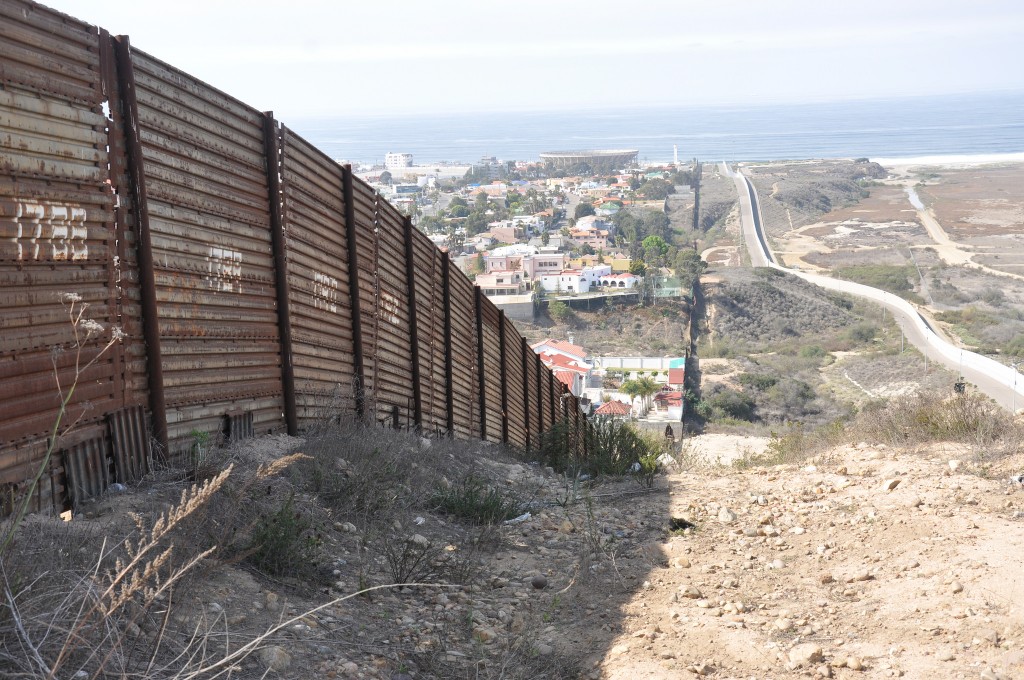 There are many groups who are deeply invested in immigration and immigrant policy; their fortunes rise or fall with the policies set. These groups are called “stakeholders.” Key stakeholders in immigration and immigrant policy in the United States include the federal government, state governments, voluntary agencies, employers, families, current workers, local communities, states, and the nation as a whole.

Families. As we described in the introduction, one of the most common motivations for immigration is to provide a better quality of life for one’s family, either by sending money to family in another country or by bringing family to the United States (Solheim, Rojas-Garcia, Olson, & Zuiker, 2012). Immigration policy impacts these families’ abilities to migrate to access safer living conditions and seek economic stability. Further, immigration policy impacts a family’s opportunity for reunification. Reunification means that immigrants with legal status in the United States can apply for visas to bring family members to join them. Approximately two-thirds of the immigrants in the United States were sponsored by family members who migrated first and became permanent residents (Kandel, 2014).

“My goals are to offer my family a decent life and economic stability, to guarantee them a future without serious problems, with a house, a means of transport… things that sometimes you can’t achieve in Mexico. Our goal must be for our family’s welfare, as much for my family here as for my family back there” – Mexican Immigrant, Solheim et al., 2012 p. 247.

Immigration responsibilities were originally housed in the Treasury Department and the Department of Labor, due to its connection to foreign commerce. In the 1940s, the immigration office (now called the “INS”) was moved to the United States Department of Justice due to its connection to protecting national public interest (USCIS, 2010). The federal departments and agencies that implement immigration laws and policies have changed significantly since the terrorist attacks of 2001. In 2001, the United States Commission on National Security created the Department of Homeland Security (DHS), which absorbed and assumed the duties of Immigration and Naturalization Services (INS). 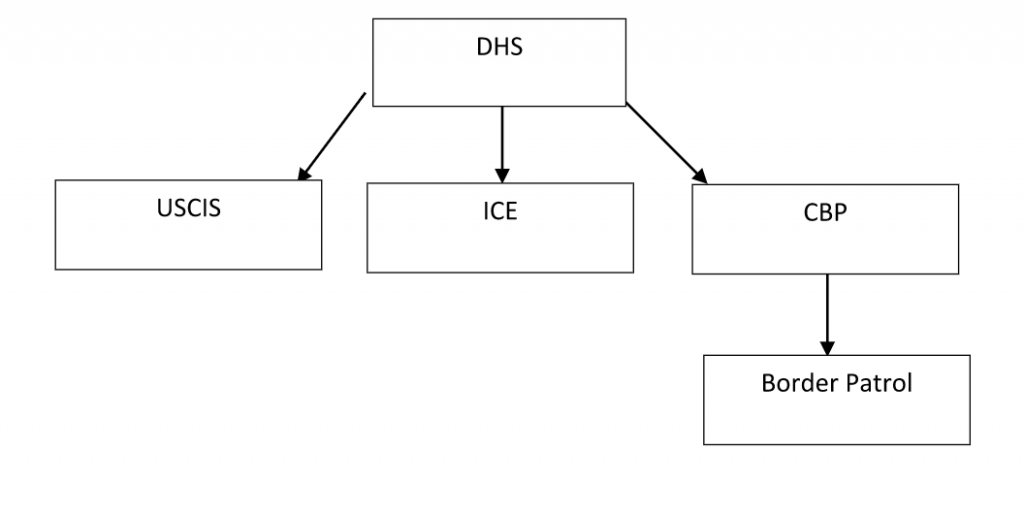 State governments. Although states have no power to create immigration policy, the Illegal Immigration Reform and Immigrant Responsibility Act (IIRIRA, 1996) enabled the Secretary of Homeland Security to enter into agreements with states to implement the administration and enforcement of federal immigration laws. States are also responsible for policy regarding immigrant and refugee integration. There is wide variation in how states pursue integration. Not all policies are welcoming. For example, several have passed legislation that limits access of public services to undocumented immigrants (e.g., Alabama, Georgia, Indiana, South Carolina, and Utah). In contrast, states such as Minnesota, have sought to expand immigrant access to public services. These drastically different approaches have promoted consideration of this critical important task at the federal level. In late 2014, President Obama formed the “White House Task Force on New Americans” whose primary purpose is to “create welcoming communities and fully integrating immigrants and refugees” (White House, 2014). This is the first time in United States history that the executive branch of the government has undertaken such an effort.

Employers are also impacted by requirements to monitor the immigrant status of employees. Following the Immigration Reform and Control Act (IRCA) of 1986, it became illegal to knowingly employ undocumented immigrants. Many employers are now required by state law or federal contract to use the e-verify program to confirm that prospective employees are not undocumented immigrants. Such requirements aim to reduce incentives for undocumented immigration, but also pose burdens of liability and reduced labor availability for employers. The National Council of Farmer Cooperatives (2015) and the American Farm Bureau Federation oppose measures that could constrict immigration such as the E-Verify program, stating that it could have a detrimental impact on the country’s agriculture. 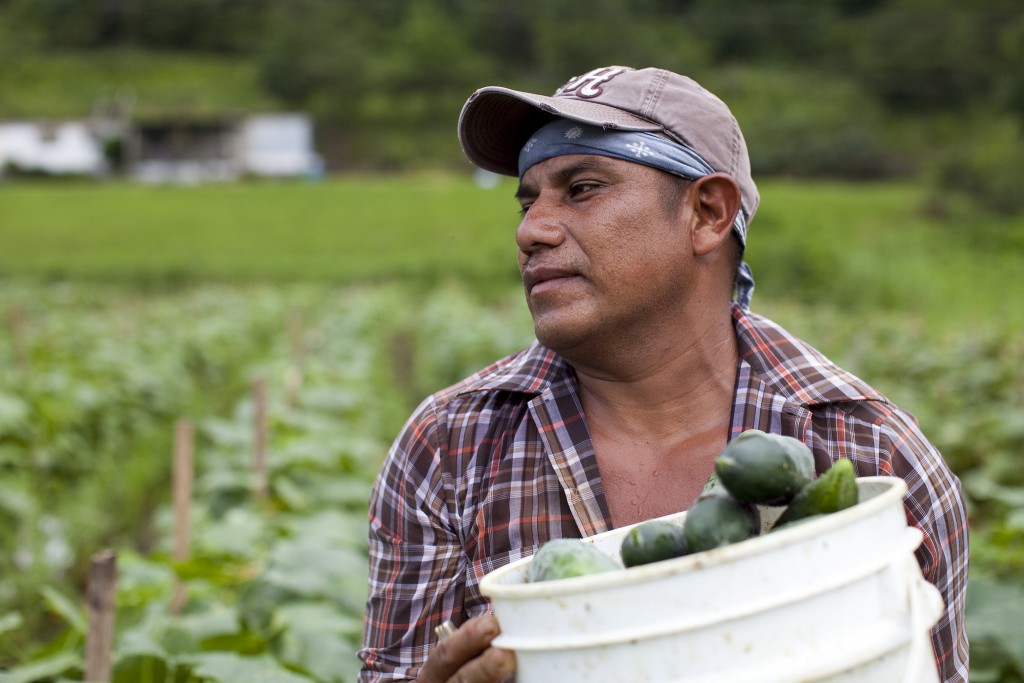 Immigration generally does not decrease job opportunities for United States-born workers, and may slightly increase them (Peri, 2010). However, during economic downturns when job growth is slowed, immigration may have short-term negative effects on job availability and wages for the current workforce (Peri, 2010). Immigrants create growth in community businesses (see Textbox 1, “Did you know”). It is nonetheless important to emphasize that the fear of non-citizens taking away employment opportunities from citizens is a primary driver for immigration laws (Weissbrodt & Danielson, 2011).

Communities. United States communities must provide education and health care regardless of immigration status (i.e., Plyer v. Doe, 1982). In areas with rapidly increasing numbers of immigrant workers and their families, this can tax local communities that are already overburdened (Meissner, Meyers, Papademetriou & Fix, 2006). The Congressional Budget Office found that most state and local governments provide services to unauthorized immigrants that cost more than those immigrants generate in taxes (2007). However, studies have found that immigrants may also infuse new growth in communities and sustain current levels of living for residents (Meissner, Meyers, Papademetriou & Fix, 2006).

Country. Immigrants provide many benefits at a national level. Overall, immigrants create more jobs than they fill, both through demand for goods and service and entrepreneurship. Foreign labor allows growth in the labor force and sustained standard of living (Meissner, Meyers, Papademetriou & Fix, 2006). Even though immigrants cost more in services than they provide in taxes at a state and local governments level, immigrants pay far more in taxes than they cost in services at a national level. In particular, immigrants (both documented and undocumented) contribute billions more to Medicare through payroll taxes than they use in medical services (Zallman, Woolhandler, Himmelstein, Bor & McCormick, 2013). Additionally, many undocumented immigrants obtain social security cards that are not in their name and thereby contribute to social security, from which they will not be authorized to benefit. The Social security administration estimates that $12 billion dollars were paid into social security in 2010 alone (Goss et al., 2013).

Did you know?
While immigrants make up 16% of the labor force, they make up 18% of the business owners
Between 2000 and 2013, immigrants accounted for nearly half of overall growth of business ownership in the United States (Fiscal Policy insitute, 2015).