Access to shelter and food are basic life necessities. Immigration has a positive impact on the rent and housing values for their communities, but immigrants themselves face barriers to accessing adequate housing. When immigrants enter a new area, rent and housing values in that area increase (Saiz, 2007). In metropolitan areas, immigrant inflow of 1% of the city’s population is tied to increases in housing values of 1% (Saiz, 2007). Despite this benefit to the community at large, immigrants are face barriers to achieving safe and affordable housing. They are less likely than native-born individuals to own a home and are more likely to live in overcrowded conditions (as measured by the number of people per room; Painter & Yu, 2010). Immigrant homeownership increases and overcrowding decreases the longer the immigrant lives in the United States. However, they still lag behind native-born citizens in home ownership and overcrowding even after living in the United States for 20 years (Painter & Yu, 2010).

Housing conditions are influenced by the immigrant’s documentation status and English language abilities. Immigrants who spent some time without documentation are less likely than documented immigrants to own a home, even if they now have documentation (McConnell & Akresh, 2008). Documentation likely influences access to high-paying jobs and to home loans. Similarly, English proficiency increases the chances of an individual becoming a home-owner, because English proficiency increases the ability to access labor and credit markets (Painter & Yu, 2010). 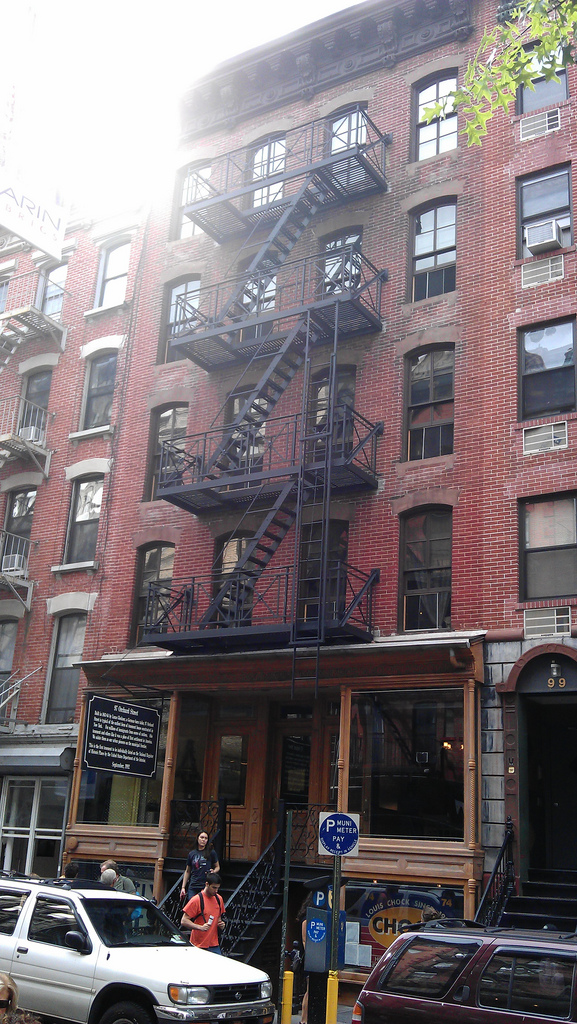 Additionally, housing access is influenced by discriminatory practices. In the United States 42 cities and counties have passed anti-illegal immigration laws that prohibit landlords from allowing undocumented immigrants to use or rent their property (Oliveri, 2009).
Although the Federal Fair Housing Act prohibits discrimination on the basis of national origin (110. 42 U.S.C. §§ 3601-3619, 3631), it is easier for these landlords to discriminate against prospective tenants who appear foreign than to process the immigration status of every prospective tenant (Oliveri, 2009). Due to these discriminatory practices, immigrants’ housing options becomes even more limited.

Immigrant households are at a substantially higher risk of food insecurity, or a lack of adequate food for everyone in the household, than native-born households (Chilton, 2009). Newly arrived immigrants face the greatest risk (Chilton, 2009), perhaps due to a lack of English skills or education. This lack of access to adequate food has significant consequences: household food insecurity significantly increases the risk of children in the household having only fair or poor health (Chilton, 2009). It can be difficult for immigrant families to access food-related resources. Among families that have trouble paying for food, those headed by immigrants are less likely than families headed by native-born individuals to receive food stamps (Reardon-Anderson, Capps, & Fix, 2002). Those who do receive food assistance through food shelves may find that the food offered is unfamiliar.

Although immigrants have high rates of labor force participation, they are less likely than native-born peers to have health insurance (Derose, Bahney, Lurie, & Escarce, 2009). There are few services in the United States that are as crucial and complex as the healthcare system, which continues to be a major indicator of socio-economic success. A person’s inability to access and utilize healthcare services gives a strong indication of critical unmet needs and barriers that impede the ability of successful integration and participation in society. Immigrants face substantial barriers to healthcare access, including restricted access to government based healthcare services, language difficulties, and cultural differences. 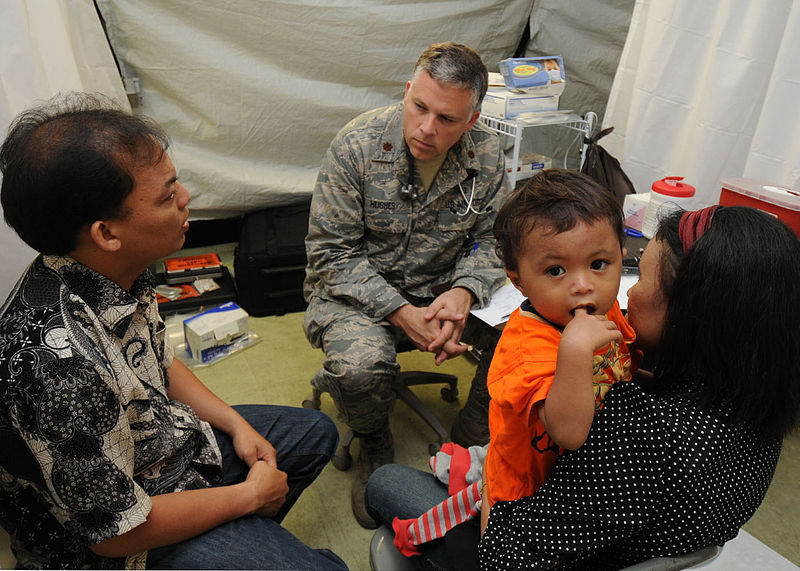 Legal Status Restricts Healthcare Benefit Eligibility. Immigration status is an important legal criterion that may hinder access to healthcare benefits. The Personal Responsibility and Work Opportunity Reconciliation Act (PRWORA), established in 1996, restricted Medicaid eligibility of immigrants. Immigrants cannot receive coverage, except in cases of medical emergencies, during their first five years in the country. States can choose to grant aid out of their own funds, but no federal welfare funds may be used for immigrant health care. The reform also stated that the eligibility of an immigrant for public services would be dependent on the income of the immigrant’s sponsor, who could be held financially liable for public benefits used by the immigrant. Finally, the Act required that states or local governments who fund benefits for undocumented immigrants take steps to identify their eligibility (Derose, Escarce, & Lurie, 2007). Hence, health benefits and insurance for most immigrants are highly dependent on eligibility through employment.

The Affordable Care Act (ACA; Pub. Law No. 111-148 and 111-152), established in 2010, updated some of these policies. This act ensured that legal permanent residents with incomes up to 400 percent below the federal poverty level could qualify for subsidized health care coverage. Medicaid and other health benefits still require a 5-year waiting period, however, states have the option to remove the 5-year waiting period and cover lawfully residing children and/or pregnant women in Medicaid or Children’s Health Insurance Program (CHIP). Undocumented immigrants receive no federal support under the ACA. Under the ACA, refugees who are admitted to the United States and meet the immigration status eligibility have immediate access to Medicaid, CHIP and health coverage options.

Language Difficulties. Language difficulties, including limited English language proficiency and poor English literacy skills, are one of the most formidable barriers for immigrant access to healthcare. Language ability affects all levels of accessing the healthcare system, including making appointments, filling out of paperwork, the ability to locate healthcare facilities, direct communication with healthcare professionals, understanding written materials, filling out prescriptions, understanding of treatment options and general decision making. Among children, for example, those from non-English primary language households were four times as likely to lack health insurance and twice as likely to lack access to a medical home (Yu & Singh, 2009). Similarly, Spanish-speaking Latinos/as were twice as likely as English-speaking Latinos/as to be uninsured, and twice as likely to be without a personal doctor, and received less preventative care (DuBard & Gizlice, 2008).

These difficulties impede the facilitation of patient autonomy in making healthcare decisions. This is especially relevant in the transmission of complicated medical jargon and limits in-depth conversations about treatment options between the healthcare provider and immigrant patients. Patients with language-discordant providers receive less health education that patients with a provider or interpreter who speaks their language (Ngo-Metzger et al., 2007). Among Hispanics, for example, those who speak a language other than English at home are less likely to receive all the health care services for which they are eligible (Cheng, Chen, & Cunningham, 2007).

In some cases, miscommunication and misinterpretation can have significant consequences. At times, if an immigrant can communicate in English, providers may assume that the level of understanding of the immigrant patient is higher than what the immigrant patient can actually understand (Flores, 2006). This causes misinterpretations and miscommunications that leave immigrants feeling frustrated, which may result in the avoidance of healthcare use unless it is critical.

To overcome the language gap, immigrants often utilize friends and family members as interpreters in medical settings (Diamond, Wilson-Stronks, & Jacobs, 2010). Children in immigrant families often speak, read and understand English better than their parents do and, as such, are often burdened with the duty of being the family translator and interpreter when dealing with the healthcare system (Kim & Keefe, 2010). This role reversal may cause conflicts within the family, as the child must take on the responsibility of communicating complex and difficult information. Additionally, the utilization of family and friends as interpreters is often ineffective as family and friends may not be accurately able to translate complex medical information and ensure accurate understanding of complex medical language, treatments, interventions or outcomes that are necessary in healthcare decision making (Flores, 2006). The use of family members, friends or even community members as interpreters also has great concerns in the ensuring of confidentiality of sensitive health information of immigrant patients, as they are not trained in appropriate confidentiality procedures.

Health care centers that offer professional interpreters or who have multi-lingual medical providers can greatly alleviate these stressors. The Civil Rights Act of 1964 requires that medical providers receiving federal funds provide language services for clients with limited English, and many states have similar guidelines (Jacobs, Chen, Karliner, Agger-Gapta, & Mutha, 2006). However, resource allocation is a significant issue in the actual implementation of interpreter services in healthcare facilities. Many healthcare providers find it difficult to provide adequate language services, as they may be understaffed, underfunded, and often unable to provide service due to other demands of the job (Morris et al., 2009). For example, though hospitals inform clients of their right to receive language services, many do so only in English (Diamond, Wilson-Stronks, & Jacobs, 2010). The majority of hospitals report providing language assistance in a timely manner only in the most commonly requested language (the most commonly requested languages varied by hospital area, but most frequently included Spanish, American Sign Language, and Vietnamese) (Diamond, Wilson-Stronks, & Jacobs, 2010). There is also a lack of minority and multilingual health professionals in the field. Most immigrants will choose to use healthcare resources in their native language or providers who are representative of their native culture, even at the cost of quality (Morris et al., 2009). In order to provide immigrants with effective healthcare services, great consideration and support must be made to ensure the diversification of the healthcare workforce. This can be achieved through the provision of educational and vocational pathways for minority students to enter academic programs and health care careers (Fernandez-Pena, 2012). The efforts to improve linguistically relevant health services is important as it increases provider cultural competence, cultural humility and language access for immigrants.

Culture. Culture is an important aspect to consider in healthcare access for immigrants as it determines the perceptions and values placed on systems and providers, willingness to utilize these services and ability to successfully navigate the system. 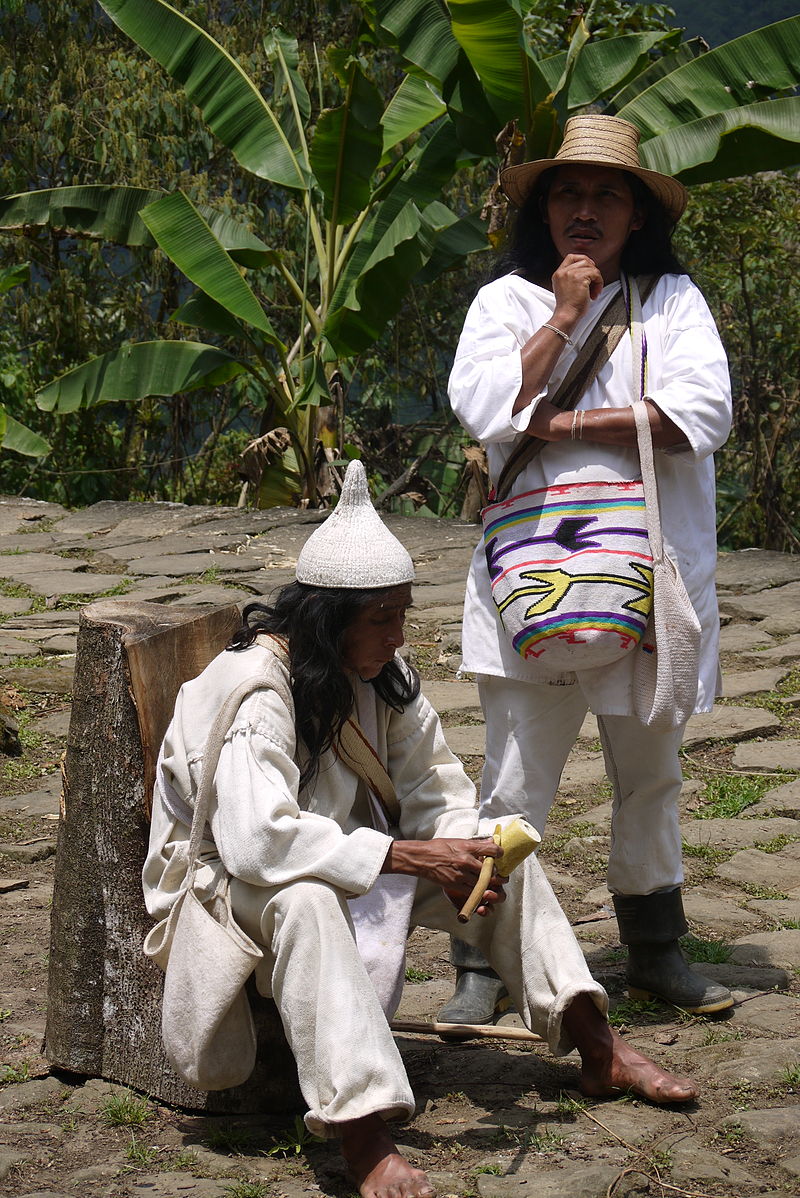 The Personal Responsibility and Work Opportunity Reconciliation Act (PRWORA) restricts access to food stamps, Medicaid, and housing assistance for most non-citizens with less than 5 years of United States residency (Van Hook & Balisteri, 2006). States, however, can decide to offer assistance for immigrants.

Many children of immigrants are native-born citizens, and consequently are eligible for public benefits including food stamps, housing assistance and health insurance. However, many immigrant parents fear that attempts to access these benefits may interfere with their process of becoming citizens or may result in deportation and separation of parents and other families’ members who are undocumented (Perreira et al., 2012).

Child welfare systems need to be prepared to respond to the numerous challenges of immigrant children and families who come to the attention of the system. Child welfare has largely been unaware of these challenges and response to cases with this particular group may be slow or impeded. This heralds the need for the development of tools, approaches, practices and policy improvements within the child welfare system to effectively address the needs of immigrant children and their families.