Substance abuse prevention and intervention programs within the United States are prevalent for both adolescents and adults. However, very few programs have been adapted for specific ethnic groups. There are no programs for refugees that incorporate the additional context of conflict-related displacement. In this section, we address the barriers to substance abuse treatment use among immigrants and refugees, suggestions for professionals providing substance abuse treatment for immigrants and refugees, and programs which have tried to address the barriers to treatment.

Barriers to treatment use and effective treatments. There are many barriers that prevent immigrant and refugee populations from receiving and/or seeking substance abuse treatment. There is common stigmatization of substance abuse, particularly given the potential legal consequences for immigrants determined to be drug abusers. When individuals choose to look into treatment options, they are likely to find a lack of culturally relevant evidence-based treatments and trained providers from various immigrant and refugee backgrounds (e.g., people who identify themselves as members within the community of interest; Amodeo et al., 2004). There may not be limited services available in the immigrant’s language. All of these factors can combine to prevent immigrants and refugees seeking treatment. For example, Arfken, Berry, and Owens (2009) conducted a study to investigate the barriers that prevent Arab Americans from beginning and remaining in substance abuse treatment programs. What they discovered is that the stigma of having a substance abuse problem and seeking treatment as well as language barriers prevented this group from receiving adequate treatment. In poor communities where there’s lack of information, immigrants can also opt not to seek treatment based on inadequate resources for their overall healthcare and their perception of how various laws and policies affect them (Moya & Shedlin, 2008).

Suggestions for professionals providing treatment for immigrants and refugees

Community professionals must be able to provide necessary services in as culturally responsible manner as possible. There are often limitations to providing such culturally tailored treatments (i.e., resources, training, money, etc.). When working with immigrants and refugees, it is important to focus on models that are inclusive of the family and systemic values (i.e., multiple causal factors, multidirectionality) because familial relationships promote protective factors for immigrants (Kim, Zane, & Hong, 2002). Different types of family-based treatments have been developed – some focusing on helping many families at one time, while others focus on individual families.

Group-based treatment. Group-based treatment can be helpful for immigrants because it provides a community context for healing. Social support is an essential part of behavior change (Mendenhall et al., 2012). Immigrants have often left behind important sources of social support (Pantin et al., 2003), which can be hard to duplicate in their new country. Effective treatments will rebuild some social support networks. Karen refugees, for example, report a direct connection between rebuilding communities and cultures that have been devastated by conflict, flight, displacement and resettlement and solving community-wide problems like substance use, intimate partner violence and stressed parent-child relationships. In focus groups, many Karen participants said that community rebuilding would be an essential part of recovery from harmful alcohol use (McCleary, 2013; McCleary & Wieling, in press).

Interventions that are group-based may involve the entire family or just specific members to experience the intervention. For example, an intervention may focus on the parents with the intent of participants implementing their new knowledge when they go back into their own family. Others may follow the protocols that include engaging the entire family in the intervention. Pantin et al. (2003) implemented a study to prevent substance use among immigrant adolescents which highlighted the needs of parents; the program included key variables of parenting, such as, communication, parenting behavioral problems, and parental involvement. These key variables seemed to be common in many interventions that focus on parents. For example, in a family treatment, Litrownik et al. (2000) focused on parent-child communication. Additional variables unique to this study included providing psychosocial information and social skills training. Marsiglia et al. (2010) similarly found familial communication to be helpful when working with adolescents of Mexican heritage. Adolescents were also taught decision making and risk assessment. Clearly adults and adolescents have some common needs (e.g., communication), but given their differing developmental levels (Carter & McGoldrick, 2005), it is appropriate that there be some differences in treatment also.

Family Therapy. Another route for intervention may be the treatment of the individual family. While this mode of treatment will be different depending on the provider and the family receiving services, there are some key components to keep in mind for treatment. Immigrant and refugee peoples may be in need of special consideration for potential differences in family structure and dynamics, religious considerations, language challenges, collectivism/individualism, hierarchy, gender roles, acculturation, and ethnic identity exploration (Rastogi & Wadhwa, 2006). Additionally, the provider must also focus on the identified problem the family wishes to address. Clearly this makes for complex needs and increases the need for clinicians to be culturally aware.

A small number of articles have described how they altered traditional substance abuse treatment programs to fit specific populations. Morelli, Fong, and Oliveira (2001) conducted a study on a residential, culturally competent substance abuse treatment for Asian/Pacific Islander mothers in Hawaii in which children could be with their mothers over the course of the program. The treatment program included traditional healing practices, infant healthcare services, and community elders lead the women in “infant-mother bonding” time. The women in the program found it especially helpful to, among other things, incorporate a blend of traditional healing practices along with conventional treatment methods, allowing mothers to be with their children in a nonjudgmental environment, and working with “consistent and competent” staff members.

Another study illustrated how Alcoholics Anonymous (AA) was adapted to suit immigrants from Central America. Hoffman (1994) reported factors such as location of AA meetings, adapting treatment to fit subpopulations within the Latino/a community in Los Angeles and incorporating the traditional 12 steps with group-specific values. The location of these AA meetings was crucial in getting young Latino/a males involved in the programs. Some meeting were held in churches, others in storefront buildings and others in more traditional rental spaces. These decisions were carefully made to ensure the groups’ abilities to reach their targeted populations. Some groups utilized a theme of Machismo in Terapia Dura (Rough Therapy) to remind members of the negative impact alcohol can have in their lives. Some elements of Terapia Dura include aggressiveness and competitiveness. Groups varied in their use of Machismo based on levels of acculturation and group values. Though such groups were not culturally sensitive to women’s and homosexual members’ needs, they provided a way to treat a specific group of people who have previously been shown to do poorly in traditional AA groups. 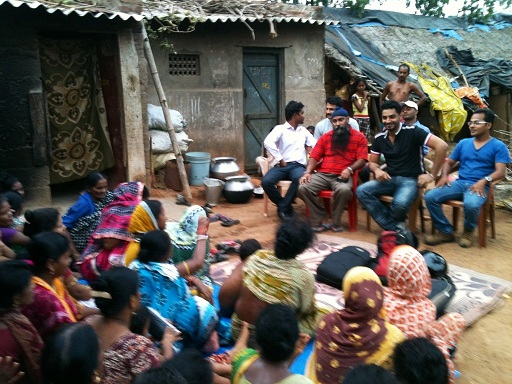 Amodeo, Peou, Grigg-Saito, Berke, Pin-Riebe, and Jones (2004) described a culturally specific treatment for Cambodian immigrants. The study implemented culturally significant techniques such as utilizing acupuncture, providing therapy in the participants’ native language, incorporating Buddhist believes, consulting with an advisory board of members of the Cambodian community, emphasizing relationships, cultural values, and coping mechanisms, as well as doing home visits and utilizing culturally relevant data gathering questionnaires. This treatment approach also took into consideration the location services would be provided. They chose a location that was respected and well known in the Cambodian community.