What are Human Rights?

António Guterres, the United Nations High Commissioner for Human Rights (UNHCR), wrote that the “…UNHCR has never had to address so much human misery in its 64-year history” (Project Syndicate, 2015). This maxim guides the importance of understanding and exploring the intricacies of human rights. The foundational definition of human rights, according to the UNHCR, encompasses “…inherent rights to all human beings, whatever the nationality, place of residence, sex, national or ethnic origin, color, religion, language, or any other status.” This definition is critical to understanding how and why the international community endeavors to define and protect these rights. A complete understanding of human rights includes moral values, ethical and philosophical norms such as autonomy, justice, beneficence and non-maleficence. All of these characteristics factor into the creation of a particular paradigm of rights for human beings that has been specifically and gradually shaped into international law since the United Nations was founded in 1945.

While human rights are based on moral values, it is important to recognize that values are fundamentally different from rights. The concept of values addresses what is important whereas human rights address social practices that seek to empower human beings. A right is not merely a benefit, since having a right also gives a person a significant legitimacy within the system of governmental authority. According to Donnelly (2003), “…a human rights conception of human dignity and political legitimacy rests on the fact that human beings have an essential, irreducible moral worth and dignity irrespective of the social groups to which they belong” (p. 27). This means that universal human rights, for the purpose of this discussion, are rights that have been codified (i.e., incorporated into a legal code) by the international community. 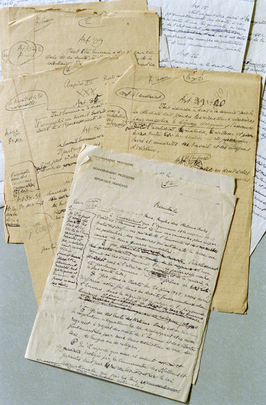 Early version of the Universal Declaration of Human Rights.

While human rights are based on an ideal, they also provide a social means of ensuring that nation-states grant to all human beings the opportunity to lead a life of human dignity; a life worthy for a human being. The specifics of exactly what human rights should entail have been enshrined in documents such as the Universal Declaration of Human Rights (UDHR, 1993), which conceptualizes the idea of human rights as a “self-fulfilling moral prophecy” (Donnelly, 2003, p 15). The UDHR has led to several international treaties, such as the International Covenant on Civil and Political Rights and the International Covenant on Economic Social, and Cultural Rights. These statutes and treaties are created by societies coming together in order to codify global requirements for the kind of human behavior that will support the thriving of all. Thus the notion of human rights as a social practice is integral to the process of understanding the impact on immigrant and refugee families.