Similarly, a study of immigrant adolescents in Massachusetts found they had a lower risk of alcohol, tobacco, and marijuana use than United States-born adolescents (Almeida, Johnson, Matsumoto, & Godette, 2012). According to the 1999-2001 National Survey on Drug Use and Health, the substance use rates across culture and substance can differ greatly across groups (Brown et al., 2005; see Table 1). These statistics show that understanding substance use and abuse is challenging and complex. 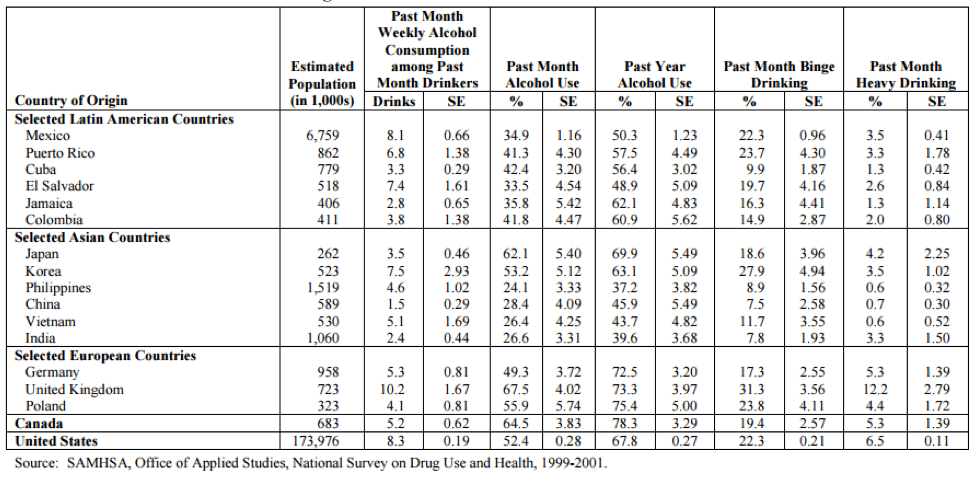 Little is known in terms of prevalence statistics of substance abuse in refugee communities in the United States, however in refugee camps, high rates of drug and alcohol use have been reported (Ezard et al., 2011; Luitel, Jordans, Murphy, Roberts, & McCambridge, 2013). In the refugee camps, common substances are alcohol, khat, and cannabis, some made for medicinal purposes and others for recreational use (Streel & Schilperoord, 2010). 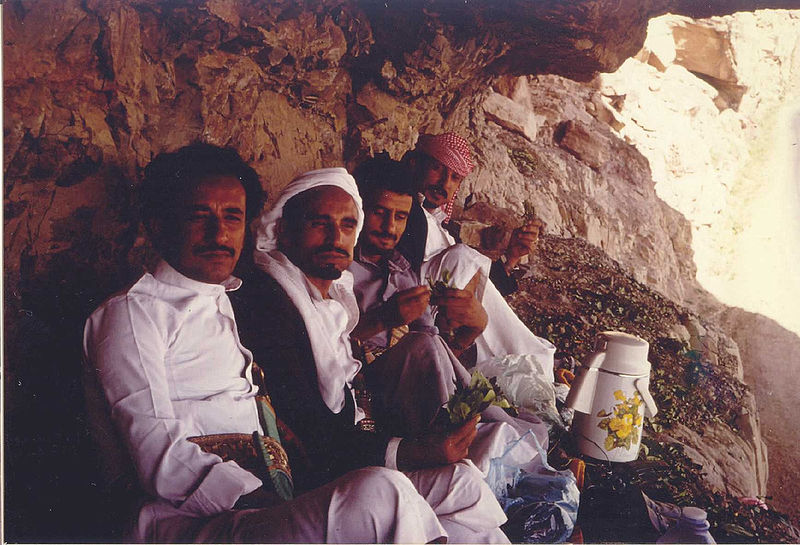 Despite these high rates of use in refugee camps, the few studies in the United States have found very low rates of alcohol use and disorders. In a study of substance use among all newly arriving adult refugees in a Texas city, reported rates of current smoking (38.5%) and alcohol use (23%) were very low (Barnes, Harrison, & Heneghan, 2004). The authors note that substance consumption may have been underreported, at least among some ethnicities. The study’s Bosnian interpreter and cultural consultant, for example, believed that the 20% alcohol use rate reported by Bosnians underrepresented use in that community.

Two studies have assessed substance use disorders among refugees. In a national study of refugee children and adolescents receiving treatment through the national child traumatic stress network, less than 4% had a substance use disorder (Betancourt et al., 2012). Similarly, a random sample of Cambodian refugees found that four percent had an alcohol use disorder (Marshall, Schell, Elliott, Berthold, & Chun, 2005).

For refugees, patterns of use differ significantly across the trajectory of displacement. These transitions can be demonstrated in the stories told by Karen refugees (McCleary, 2013; McCleary & Wieling, in press). When the Karen lived in Burma, their country of origin, there were cultural structures that protected most people from harmful alcohol use and consequent problems. However, once people fled to Thailand, alcohol use increased significantly and the problems resulting from harmful use increased. New problems such as violence between unrelated adult men, intimate partner violence, and suicide increased, and were all related to alcohol use. After resettlement, patterns of use changed again. For some people, rates of use increased due to resettlement stress and loss of roles. Alcohol-related problems were worse in the settlement location than in the camps because legal consequences such as DUIs, loss of licenses, fines and jail time were more significant. For other people, alcohol use dropped significantly because harmful alcohol use carried so much more risk (e.g., loss of job, loss of housing, loss of driving privileges). Additionally, in refugee camps, religious and community leaders acted as social supports for many refugees to address alcohol-related problems. However, in the United States, many religious and community leaders feel overwhelmed and unable to support their community members with substance use related concerns.