It has become a ritual for Americans to spend the evening of presidential elections gathered in front of their televisions, or more recently, their computer screens, to follow the voting returns as they are announced state by state. Election Night 2000 began like any other since the late 1960s, when the television networks began using exit polls of voters taken as they leave the polling place to predict the winner. Election Night coverage is driven by anchors making projections about which candidate will win each state’s electoral votes. Typically, news organizations have a good sense of who will be the next president of the United States based on exit polls by late afternoon, although they hold off on making a prediction until later in the evening.Robert S. Erikson and Kent L. Tedin, American Public Opinion, 8th ed. (New York: Longman, 2011).

The 2000 presidential election was the closest in many decades. There was much uncertainty about whether Republican George W. Bush or Democrat Al Gore would emerge victorious. As Election Night unfolded, it became clear that the outcome would be decided by Florida’s twenty-five electoral votes.James W. Ceaser and Andrew E. Busch, The Perfect Tie (Lanham, MD: Rowman & Littlefield, 2001).

Network and cable news anchors discussed the closeness of the election and told the public to anticipate a long and interesting evening—a statement that proved prescient. By 8 p.m., exit polls indicated that Al Gore was leading the state of Florida, prompting television news organizations to speculate that Gore would be headed to the White House. CBS News anchor Dan Rather observed on air, “Now, remember, Florida is the state where Jeb Bush, the brother of George Bush, is the governor, and you can bet that Governor Bush will be madder than a rained-on rooster that his brother, the governor, wasn’t able to carry this state for him.”Dan Rather, CBS Evening News, Election Night Coverage, November 7, 2000, 8:15 p.m.

Three hours later, the networks began to rescind the call of Florida for Gore when it became evident that data from exit polls conflicted with actual returns from voting precincts. Network anchors reported that Florida’s electoral votes were still up for grabs until Fox News called Florida for Bush at 2:16 a.m.; ABC, CBS, and NBC quickly followed suit. With the media’s proclamation of Bush as the winner, Gore phoned Bush and conceded the election. Gore then departed from his hotel suite in Nashville to make his concession speech in front of his supporters. While Gore was en route, the press once again changed their position, stating that the election was too close to call. Gore returned to his hotel, as the media’s Election Night prediction of a Bush victory lasted all of ninety minutes.

The 2000 election was not decided on Election Night—November 7. Instead, a recount of the votes in Florida was undertaken in an attempt to determine the winner. The recount was halted by the US Supreme Court on December 12, 2000, and George W. Bush was sworn in as president on January 20, 2001. 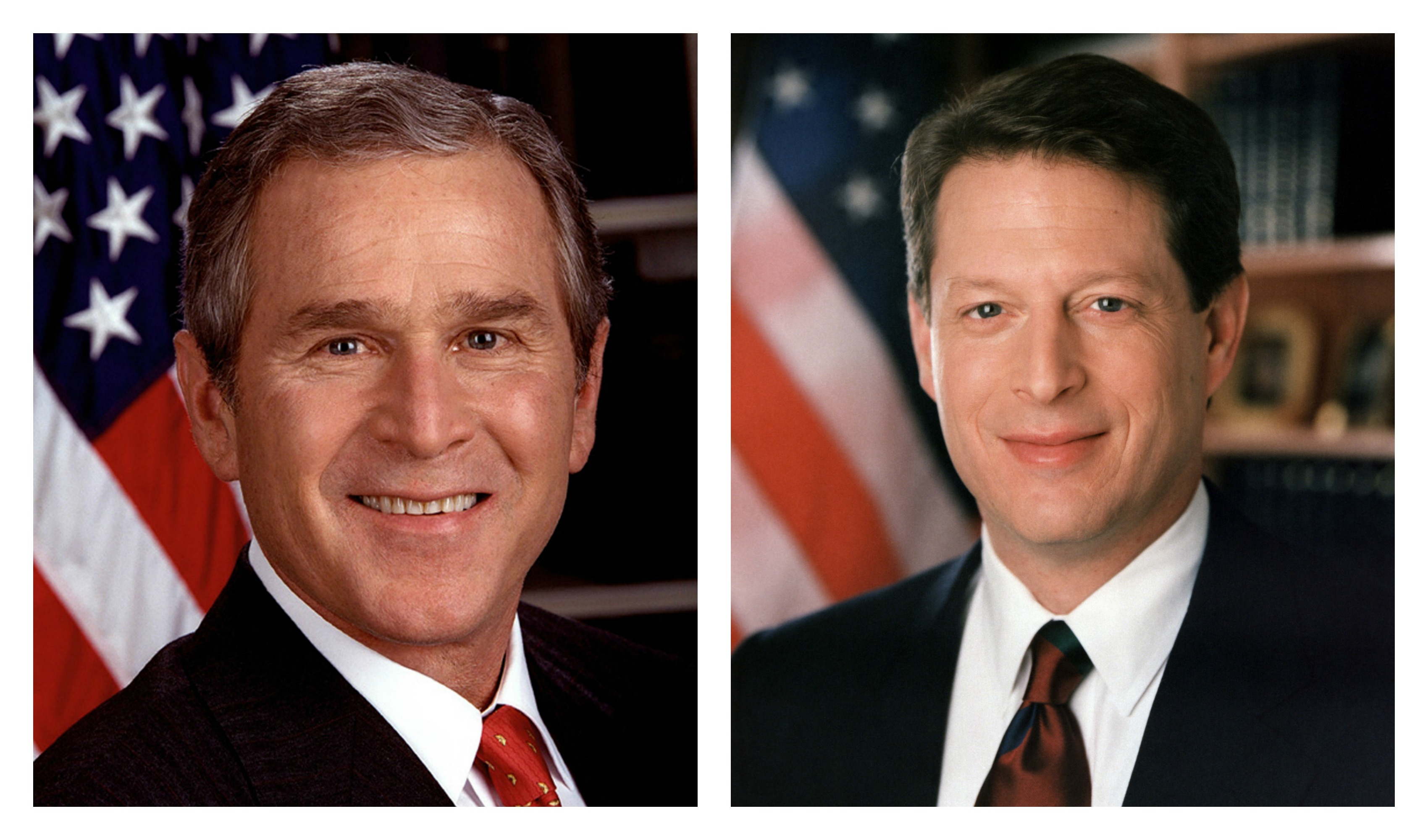 Exit polls misguide 2000 Election Night coverage. Misguided by exit poll data, television news organizations prematurely called the 2000 presidential election contest in favor of Al Gore first and then George W. Bush. The election was too close to call on election night and eventually was decided in favor of Bush.

The Election Night 2000 media debacle illustrates a number of points relevant to this chapter. Polling is an integral element of American politics. Polls shape the way that news organizations frame their stories and convey information to the public. In fact, many news organizations have in-house polling operations or collaborate with polling firms to have public opinion data constantly available. Poll results allow the media to convey information to the public in a concise and authoritative manner. Polls can provide guidance to decision makers about election outcomes and policy debates. However, poll results are not always accurate, as was the case with the exit polls in the 2000 presidential election, and they can misrepresent public sentiment. Therefore, it is important for people to be savvy consumers of opinion polls.