A favorite pastime of political journalists is periodically assessing the state of political parties, usually in conjunction with national elections. Journalists are rarely optimistic or complimentary when describing parties’ present status or forecasting their future. However, history has shown that the Democratic and Republican parties are amazingly enduring institutions, even when the mass media have sold them short.

Reporters routinely take stock of the parties, and their prognosis is typically bleak and filled with foreboding. In 2003, New York Times political reporter Adam Clymer took stock of the Democratic and Republican parties in a series of front-page articles. “With the Congress thinly divided along partisan lines, another presidential election taking shape, and the rules of campaign finance in limbo, the two national political parties are at crucial turning points,” he wrote. Clymer described a revitalized Republican Party that was looking forward to an era of political dominance after having had “one foot in the grave” for more than twenty years since the Watergate scandal in 1974. His prognosis for the Democratic Party was more pessimistic. Clymer quoted a Democratic Party leader as saying, “God knows we need help” and another who observed that his party had “run out of gas.”Adam Clymer, “Buoyed by Resurgence, G.O.P. Strives for an Era of Dominance,” New York Times, May 25, 2003, accessed March 23, 2011, http://query.nytimes.com/gst/fullpage.html?res=950CE1D91531F936A15756C0A9659C8B63&pagewanted=all. He argued that the Democrats lacked a unified message or a clear leader, and quoted a party activist: “Our party has so many disparate points of influence that we can never focus enough to achieve our programs.”Adam Clymer, “Democrats Seek a Stronger Focus, and Money” New York Times, May 26, 2003, accessed March 23, 2011, http://www.nytimes.com/2003/05/26/us/democrats-seek-a-stronger-focus-and-money.html.

In hindsight, Clymer’s predictions are not entirely accurate, especially after the victory of Democratic president Barack Obama in 2008, and illustrate the pitfalls of speculating about the future of political parties. However, his observations raise important ideas about American parties. Political parties are enduring and adaptive institutions whose organization and functions change in response to different political and historical circumstances.Leon D. Epstein, Political Parties in the American Mold (Madison: University of Wisconsin Press, 1986). The two major American political parties, the Republicans and the Democrats, each have gone through periods of popularity, decline, and resurgence. 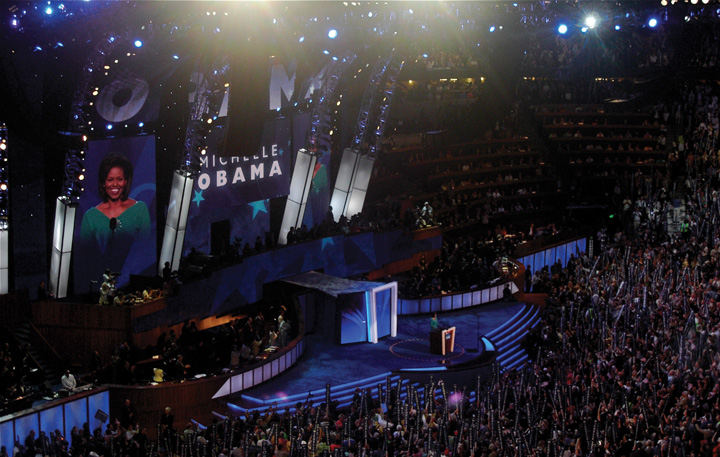 The Democratic and Republican parties have dominated for over 150 years because of their ability to adapt to changing political and cultural circumstances. In the early decades of the republic, when voting rights were limited to male landowners, parties formed around charismatic leaders such as Thomas Jefferson and John Adams. When voting rights were extended, parties changed to accommodate the public. As immigrants came to the United States and settled in urban areas, party machines emerged and socialized the immigrants to politics.

Parties also have adapted to changes in the media environment. When radio and television were new technologies, parties incorporated them into their strategies for reaching voters, including through advertising. More recently, the Republican and Democratic parties have advanced their use of the Internet and digital media for campaigning, fundraising, and issue advocacy.