The presidential election gets the most prominent American campaign. It lasts the longest and receives far more attention from the media than any other election. The Constitution requires the president to be a natural-born US citizen, at least thirty-five years old when taking office, and a resident of the United States for at least fourteen years. It imposed no limits on the number of presidential terms, but the first president, George Washington, established a precedent by leaving office after two terms. This stood until President Franklin D. Roosevelt won a third term in 1940 and a fourth in 1944. Congress then proposed, and the states ratified, the Twenty-Second Amendment to the Constitution, which limited the president’s term of office to two terms.

Becoming a political party’s presidential nominee requires obtaining a majority of the delegates at the party’s national nominating convention. Delegates are party regulars, both average citizens who are active in party organizations and officeholders, who attend the national nominating conventions and choose the presidential nominee. The parties allocate convention delegates to the states, the District of Columbia, and to US foreign territories based mainly on their total populations and past records of electing the party’s candidates. The Republican and Democratic nominating conventions are the most important, as third-party candidates rarely are serious contenders in presidential elections.

Most candidates begin building a campaign organization, raising money, soliciting support, and courting the media months, even years, before the first vote is cast. Soon after the president is inaugurated, the press begins speculating about who might run in the next presidential election. Potential candidates test the waters to see if their campaign is viable and if they have a chance to make a serious bid for the presidency.

Delegates to the party nominating conventions are selected through caucuses and primaries. Some states hold caucuses, often lengthy meetings of the party faithful who choose delegates to the party’s nominating convention. The first delegates are selected in the Iowa caucuses in January. Most convention delegates are chosen in primary elections in states. Delegates are allocated proportionally to the candidates who receive the most votes in the state. New Hampshire holds the first primary in January, ten months before the general election. More and more states front-load primaries—hold them early in the process—to increase their influence on the presidential nomination. Candidates and the media focus on the early primaries because winning them gives a campaign momentum.

The Democrats also have super delegates who attend their nominating convention. Super delegates are party luminaries, members of the National Committee, governors, and members of Congress. At the 2008 Democratic convention they made up approximately 18 percent of the delegates.

The Democratic and Republican parties hold their national nominating conventions toward the end of the summer of every presidential election year to formally select the presidential and vice presidential candidates. The party of the incumbent president holds its convention last. Conventions are designed to inspire, unify, and mobilize the party faithful as well as to encourage people who are undecided, independent, or supporting the other party to vote for its candidates (Panagopoulos, 2007). Conventions also approve the party’s platform containing its policy positions, proposals, and promises.

Selecting the party’s nominees for president and vice president is potentially the most important and exciting function of national conventions. But today, conventions are coronations as the results are already determined by the caucuses and primaries. The last presidential candidate not victorious on the first ballot was Democrat Adlai Stevenson in 1952. The last nominee who almost lacked enough delegates to win on the first ballot was President Gerald Ford at the 1976 Republican National Convention. 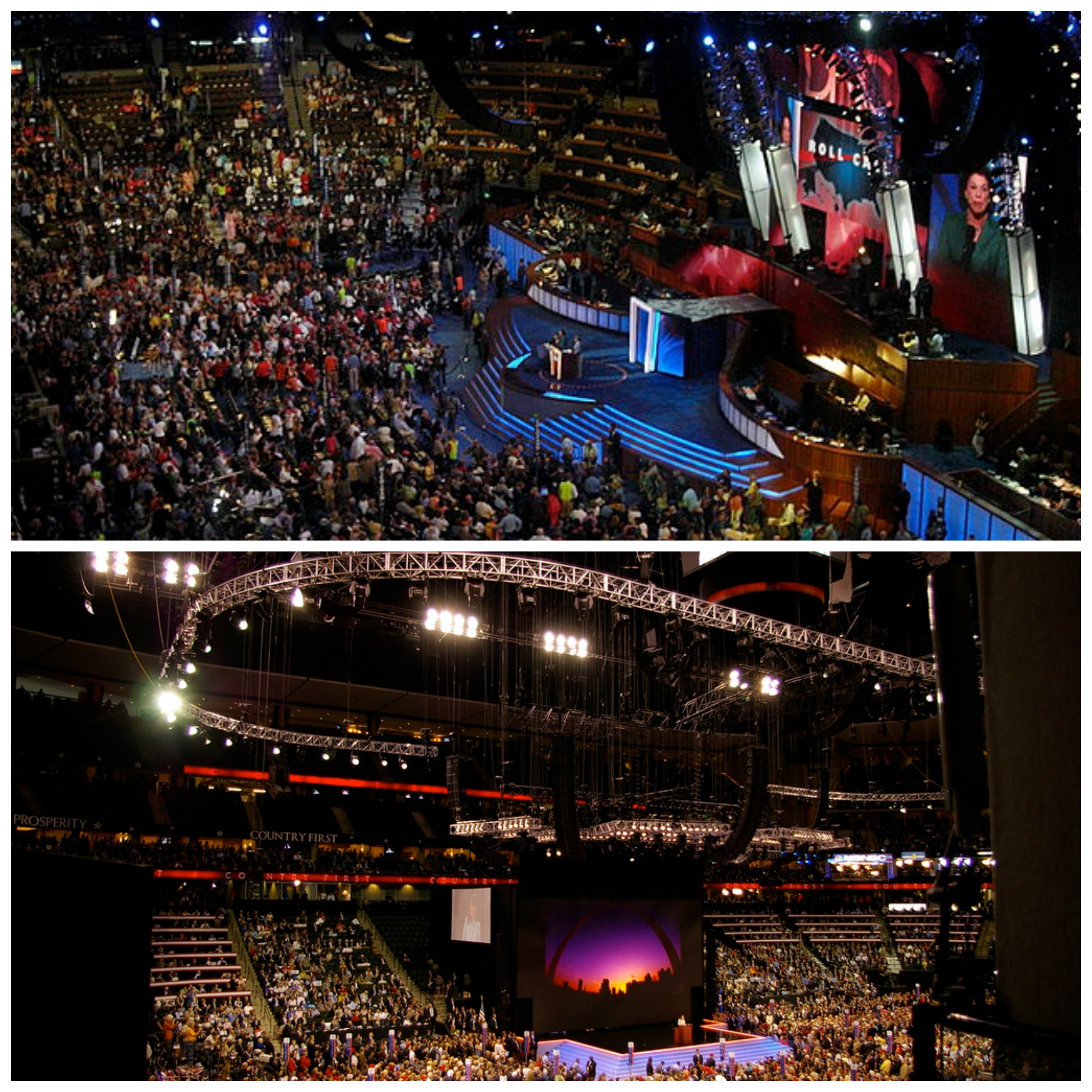 Modern-day conventions are carefully orchestrated by the parties to display the candidates at their best and to demonstrate enthusiasm for the nominee. The media provide gavel-to-gavel coverage of conventions and replay highlights. As a result, candidates receive a postconvention “bounce” as their standing in the polls goes up temporarily just as the general election begins.

The president and vice president are chosen by the Electoral College as specified in the Constitution. Voters do not directly elect the president but choose electors—representatives from their state who meet in December to select the president and vice president. To win the presidency, a candidate must obtain a majority of the electors, at least 270 out of the 538 total. The statewide winner-take-all by state system obliges them to put much of their time and money into swing states where the contest is close. Except for Maine and Nebraska, states operate under a winner-take-all system: the candidate with the most votes cast in the state, even if fewer than a majority, receives all its electoral votes.

The US National Archives and Records Administration has a resource for the Electoral College at http://www.archives.gov/federal-register/electoral-college.

It is possible to win the election without winning the popular vote, as George W. Bush did in 2000 with about half a million fewer votes than Democrat Al Gore. The Electoral College decision depended on who won the popular vote in Florida, where voting was contested due to problems with ballots and voting machines. The voting in Florida was so close that the almost two hundred thousand ballots thrown out far exceeded Bush’s margin of victory of a few hundred votes.