The campaign for the Democratic party’s nomination for president in 2008 culminated in a contest between a mixed-race man and a white woman. Both candidates addressed their identities directly and with pride. Barack Obama gave a notable speech about race, saying that black anger and white resentments were grounded in legitimate concerns and that Americans must work together to move beyond their racial wounds. Conceding defeat in June, Hillary Clinton told her supporters, “Although we weren’t able to shatter that highest, hardest glass ceiling this time, it’s got about eighteen million cracks in it.” 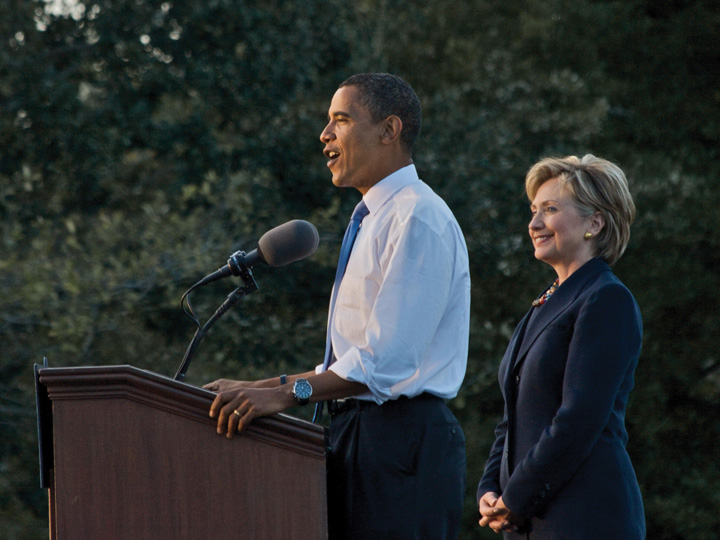 In 2008, a mixed-race man and a white woman make history as the leading contenders for the Democratic nomination for president.

Reporters and commentators in the media identified how race and gender played out in the campaign and in the statements of the candidates and their associates, including the polarizing statements of figures such as Obama’s minister, Jeremiah Wright. At the same time, the media reported that the Democratic contest and Obama’s nomination symbolized how far civil rights have come in America from the dark days of segregation. This frame became dominant when Obama was elected president in November 2008.

Civil rights protect people against discrimination. They focus on equal access to society and to political activities such as voting. They are pursued by disadvantaged groups who, because of a single characteristic, have historically been discriminated against. In this chapter, we consider race and ethnicity, gender, sexual orientation, and disability.

The history of civil rights was created, first and most influentially, by African Americans’ struggle for racial equality. Their strategies and policy victories became the model for all other disadvantaged groups.John D. Skrentny, The Minority Rights Revolution (Cambridge, MA: Harvard University Press, 2002).