The foundation of civil liberties is the Bill of Rights, the ten amendments added to the Constitution in 1791 to restrict what the national government may do.

The state conventions that ratified the Constitution obtained promises that the new Congress would consider adding a Bill of Rights. James Madison—the key figure in the Constitutional Convention and an exponent of the Constitution’s logic in the Federalist papers—was elected to the first House of Representatives. Keeping a campaign promise, he surveyed suggestions from state-ratifying conventions and zeroed in on those most often recommended. He wrote the amendments not just as goals to pursue but as commands telling the national government what it must do or what it cannot do. Congress passed twelve amendments, but the Bill of Rights shrank to ten when the first two (concerning congressional apportionment and pay) were not ratified by the necessary nine states.

The Bill of Rights

View the Bill of Rights online at https://www.archives.gov/founding-docs/bill-of-rights.

The first eight amendments that were adopted address particular rights. The Ninth Amendment addressed the concern that listing some rights might undercut unspoken natural rights that preceded government. It states that the Bill of Rights does not “deny or disparage others retained by the people.” This allows for unnamed rights, such as the right to travel between states, to be recognized. We discussed the Tenth Amendment in Chapter 3 “Federalism”, as it has more to do with states’ rights than individual rights.

Even before the addition of the Bill of Rights, the Constitution did not ignore civil liberties entirely. It states that Congress cannot restrict one’s right to request a writ of habeas corpus giving the reasons for one’s arrest. It bars Congress and the states from enacting bills of attainder (laws punishing a named person without trial) or ex post facto laws (laws retrospectively making actions illegal). It specifies that persons accused by the national government of a crime have a right to trial by jury in the state where the offense is alleged to have occurred and that national and state officials cannot be subjected to a “religious test,” such as swearing allegiance to a particular denomination.

The Bill of Rights contains the bulk of civil liberties. Unlike the Constitution, with its emphasis on powers and structures, the Bill of Rights speaks of “the people,” and it outlines the rights that are central to individual freedom (Goldwin, 1997).

The main amendments fall into several broad categories of protection:

The Bill of Rights and the National Government

Congress and the executive have relied on the Bill of Rights to craft public policies, often after public debate in newspapers (Curtis, 2000). Civil liberties expanded as federal activities grew.

The First Century of Civil Liberties 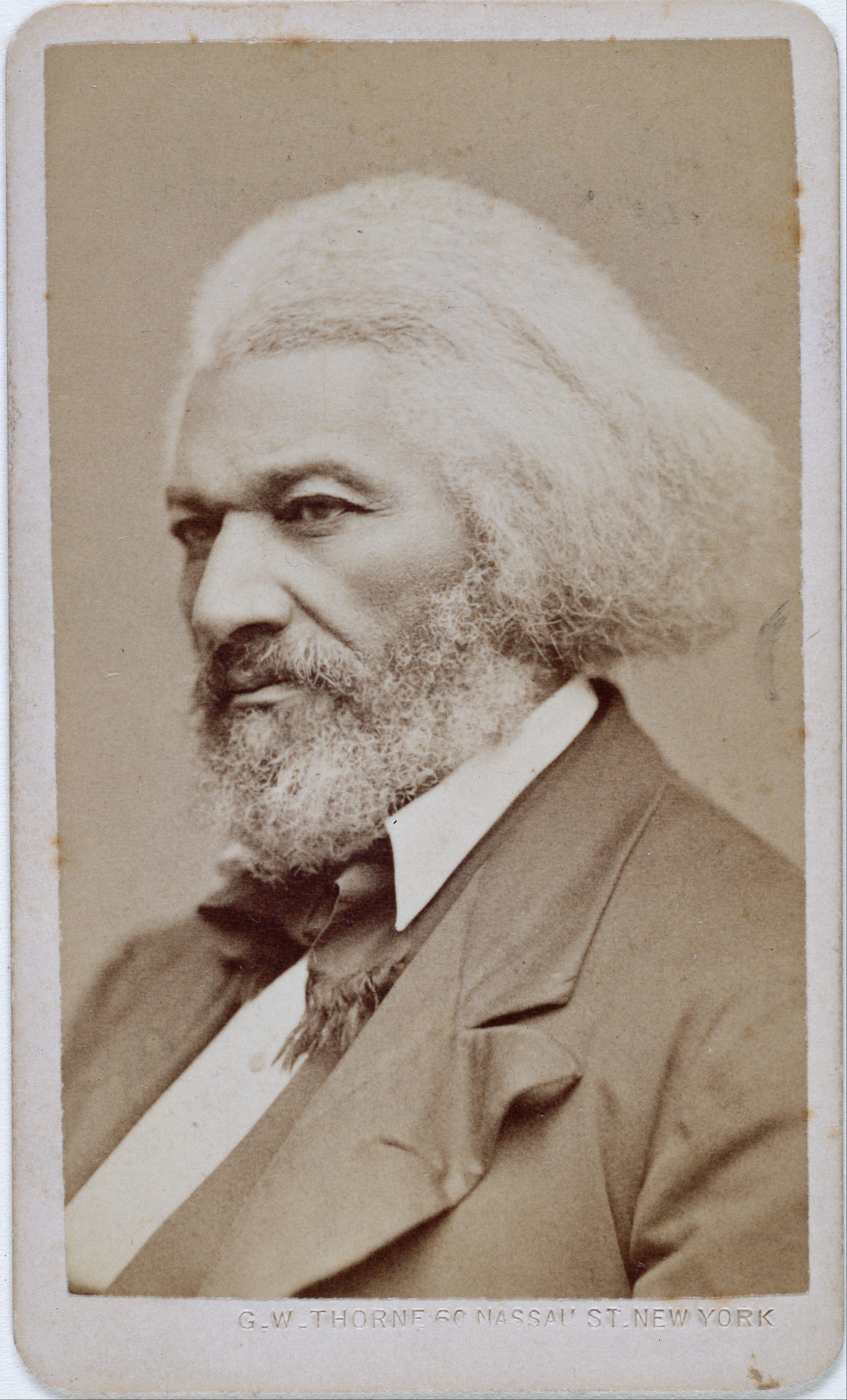 The ex-slave Frederick Douglass, like many prominent abolitionists, published a newspaper. Much of the early debate over civil liberties in the United States revolved around the ability to suppress such radical statements.

The first big dispute over civil liberties erupted when Congress passed the Sedition Act in 1798, amid tension with revolutionary France. The act made false and malicious criticisms of the government—including Federalist president John Adams and Congress—a crime. While printers could not be stopped from publishing, because of freedom of the press, they could be punished after publication. The Adams administration and Federalist judges used the act to threaten with arrest and imprisonment many Republican editors who opposed them. Republicans argued that freedom of the press, before or after publication, was crucial to giving the people the information they required in a republic. The Sedition Act was a key issue in the 1800 presidential election, which was won by the Republican Thomas Jefferson over Adams; the act expired at the end of Adams’s term (Smith, 1956).

Debates over slavery also expanded civil liberties. By the mid-1830s, Northerners were publishing newspapers favoring slavery’s abolition. President Andrew Jackson proposed stopping the US Post Office from mailing such “incendiary publications” to the South. Congress, saying it had no power to restrain the press, rejected his idea. Southerners asked Northern state officials to suppress abolitionist newspapers, but they did not comply (Curtis, 2000).

As the federal government’s power grew, so too did concerns about civil liberties. When the United States entered the First World War in 1917, the government jailed many radicals and opponents of the war. Persecution of dissent caused Progressive reformers to found the American Civil Liberties Union (ACLU) in 1920. Today, the ACLU pursues civil liberties for both powerless and powerful litigants across the political spectrum. While it is often deemed a liberal group, it has defended reactionary organizations, such as the American Nazi Party and the Ku Klux Klan, and has joined powerful lobbies in opposing campaign finance reform as a restriction of speech.

The Bill of Rights and the States

Table 4.1 The Supreme Court’s Extension of the Bill of Rights to the States

Many landmark Supreme Court civil-liberties cases were brought by unpopular litigants: members of radical organizations, publishers of anti-Semitic periodicals or of erotica, religious adherents to small sects, atheists and agnostics, or indigent criminal defendants. This pattern promotes a media frame suggesting that civil liberties grow through the Supreme Court’s staunch protection of the lowliest citizen’s rights.

The finest example is the saga of Clarence Gideon in the book Gideon’s Trumpet by Anthony Lewis, then the Supreme Court reporter for the New York Times. The indigent Gideon, sentenced to prison, protested the state’s failure to provide him with a lawyer. Gideon made a series of handwritten appeals. The Court heard his case under a special procedure designed for paupers. Championed by altruistic civil-liberties experts, Gideon’s case established a constitutional right to have a lawyer provided, at the state’s expense, to all defendants accused of a felony (Lewis, 1964). Similar storylines often appear in news accounts of Supreme Court cases. For example, television journalists personalize these stories by interviewing the person who brought the suit and telling the touching individual tale behind the case (Davis, 1994).

This mass-media frame of the lone individual appealing to the Supreme Court is only part of the story. Powerful interests also benefit from civil-liberties protections. Consider, for example, freedom of expression: Fat-cat campaign contributors rely on freedom of speech to protect their right to spend as much money as they want to in elections. Advertisers say that commercial speech should be granted the same protection as political speech. Huge media conglomerates rely on freedom of the press to become unregulated and more profitable (Schauer, 1993).

Many officials have to interpret the guarantees of civil liberties when making decisions and formulating policy. They sometimes have a broader awareness of civil liberties than do the courts. For example, the Supreme Court found in 1969 that two Arizona newspapers violated antitrust laws by sharing a physical plant while maintaining separate editorial operations. Congress and the president responded by enacting the Newspaper Preservation Act, saying that freedom of the press justified exempting such newspapers from antitrust laws.

In this section we defined civil liberties as individual rights and freedoms that government may not infringe on. They are listed primarily in the Bill of Rights, the ten amendments added in 1791 by the founders to address fears about the new federal government’s potential to abuse power. Initially limited to the federal government, they now apply, though unevenly, to the states. What those liberties are and how far they extend are the focus of political conflict. They are shaped by the full range of people, processes, and institutions in American politics. Both unpopular minorities and powerful interests claim civil liberties protections to gain favorable outcomes.

Smith, J. M., Freedom’s Fetters: The Alien and Sedition Laws and American Civil Liberties (Ithaca, NY: Cornell University Press, 1956). For how the reaction to the Sedition Act produced a broader understanding of freedom of the press than the Bill of Rights intended, see Leonard W. Levy, Emergence of a Free Press (New York: Oxford University Press, 1985).