People get involved in politics for a variety of reasons. They may be personally motivated because of an event that changed their lives. They may receive invitations to participate from friends, organizations, political parties, or a candidate’s campaign. A person’s socialization, life experience, and attitudes toward politics can influence participation. Some people have a strong sense of civic duty and a belief that they can influence government, which compels them to act. Barriers, such as legal obstacles, may preclude some people from engaging politically.

Most people do not wake up one morning and decide that they are going to engage in politics. They must be motivated to participate, often by people or organizations reaching out to them and asking them to get involved. Increasingly people received digital invitations to participate through Facebook groups formed by friends, e-mail solicitations from campaigns and interest groups, and podcasts from political organizations.

Traditionally, political parties helped mobilize people by recruiting volunteers for campaigns and other political events. Parties provided a training ground for candidates and leaders and rallied people around issues. Today, parties’ role in directly mobilizing people to participate in politics has diminished. People are more inclined to support a candidate who represents their interests than a political party (Dennis & Owen, 1997).

Interest groups and candidates’ campaigns can encourage people to take part in politics. They use marketing strategies to target potential activists based on demographic characteristics and political orientations. Organizations acquire lists of prospects from political parties and market research firms, and they use these lists to contact people by mail, telephone, and e-mail (Schier, 2000). They can microtarget supporters based on specific characteristics, such as voters who are in their twenties, drink Starbucks coffee, enjoy Judd Apatow films, and work in the legal field. 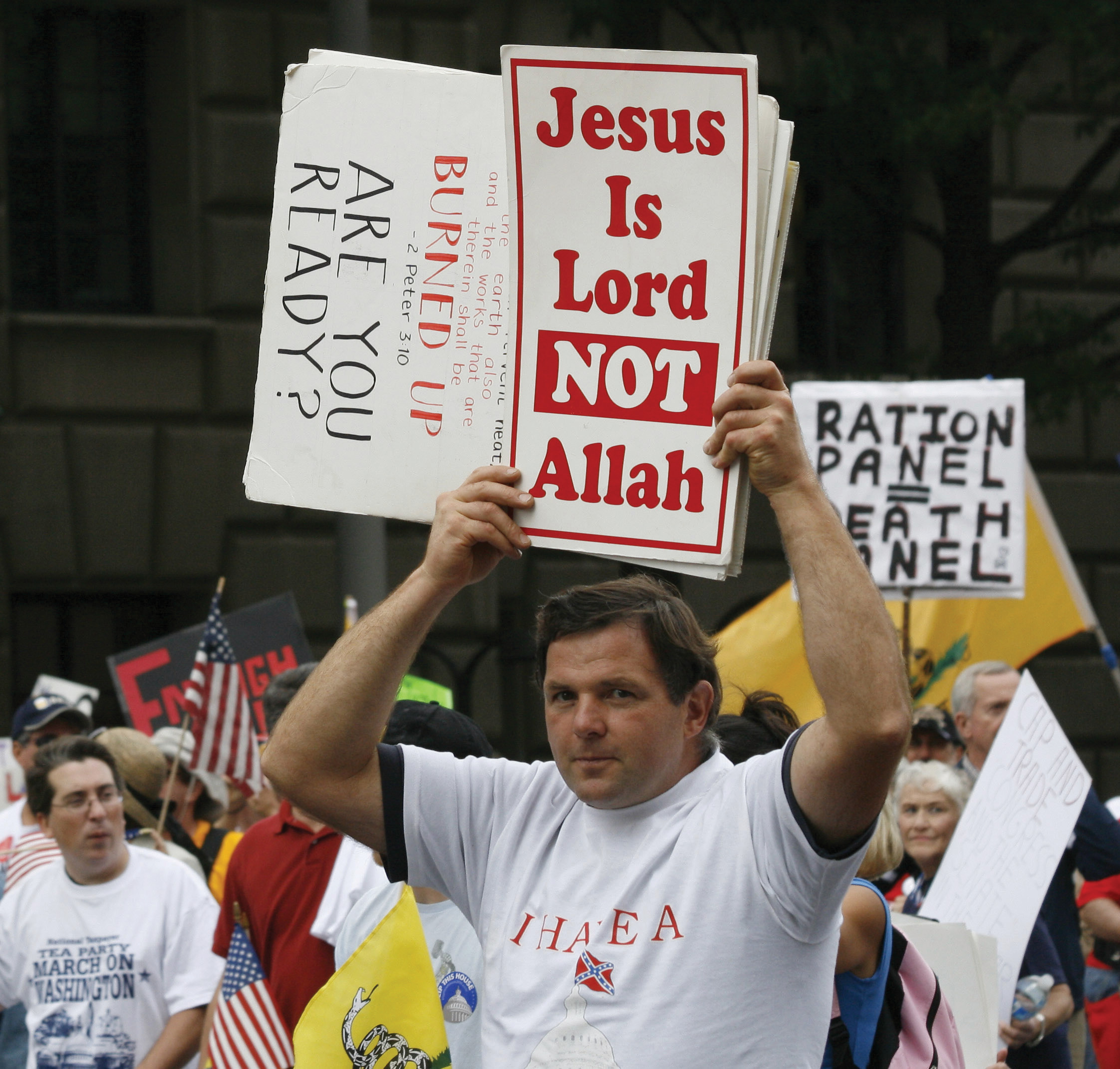 Religious convictions can influence people to participate in politics.

Trade unions mobilize blue-collar workers, especially on behalf of the Democratic Party. Black churches are instrumental in organizing political action in the African American community, fundamentalist congregations provide a base for the Christian Right, and the Catholic Church helps mobilize the pro-life movement against abortion and anti–death-penalty activists.

People can establish the habit of participating in politics through political socialization, the process by which people acquire their political beliefs, attitudes, and actions. Political experiences with families, schools, friendship groups, churches, community organizations, and mass media can motivate people to become lifelong political participants. If your parents are community activists there is a good chance that you also will be active at some point in your life (Merelman, 1984). People can be socialized to participation through civic education when they learn in school how democracy works and how they can take part. Students can gain experience by participating in extracurricular activities, student government, or community volunteer programs. These activities place young people in social and political networks with others who have a strong sense of civic duty, the belief that one has a responsibility to take part in community life.

People’s integration into their communities is strongly related to their level of political activity. Those who are mobile and have not established community roots find it more difficult to participate in politics because they are not part of a social network. It takes about three to five years to develop friendship networks, learn about the problems facing a community, and identify which people are the key players (Conway, 2000).

Difficult life experiences can cause people to act who never thought they would become involved. President Bill Clinton pardoned Dorothy Gaines and Kemba Smith, who had received long mandatory prison sentences on drug charges with no hope of parole. They were not involved with drugs but had boyfriends who were dealers. It is a crime under federal law to associate with known drug dealers. Ms. Gaines lobbied for her freedom from her jail cell, working with civil rights organizations, and she drew media attention to her problem, including a widely read article in People magazine. Kemba Smith’s father, Gus, an accountant who had never been politically active, worked to secure his daughter’s release. A cover story in Ebony magazine rallied support for her case, and a film was made about her life. Since the pardons, Dorothy Gaines, her father, and Kemba Smith have continued to lobby for changes in the sentencing laws. Kemba Smith has established a foundation to educate young people about making proper decisions.

People’s attitudes about government and politics can influence their decision to participate. People who have a strong sense of political efficacy, are interested in politics, and have a sense of civic duty are more likely to participate. Political efficacy is the belief that you personally can make a difference in governmental affairs (Verba & Nie, 1972). During the 2008 presidential election, people who believed that their vote could make a difference were more likely to cast a ballot than those who felt that their vote didn’t matter.

Americans’ interest in politics had declined for about two decades beginning in the 1980s. Only about one-quarter of the public in 2000 expressed much interest in the presidential campaign, and there was even less interest in other aspects of politics. Only about 40 percent of citizens felt strongly that voting was an important civic duty. The 2008 presidential campaign bucked this trend: around 80 percent of the public expressed interest in the election and over 60 percent considered voting to be their civic duty. Americans are typically less interested in nonpresidential elections. Forty-three percent of the public claimed to be interested in the 2010 congressional midterm elections (Pew Research Center for the People and the Press, 2010).

Political interest has been bolstered by the ability of people to take part in politics and express their opinions more easily through digital media. People feel like they have a greater say in government and can reach out to leaders through e-mail and online discussion forums. Political leaders have established social media accounts on Facebook and Twitter in order to share information and to enable greater interaction with their constituents. “U.S. Politics on Facebook” provides a gateway to the pages of politicians, elected officials, and political campaigns.

The expectation that political participation will be rewarding can spark people to become active. Some people are motivated by the belief that they will be connected to powerful leaders and receive material benefits, such as a chance to further their careers or get help with a personal problem. Others embrace the opportunities to meet people and socialize while working together, or they are happy to do something good for the community. High schools and colleges throughout the nation have instituted community service programs to stimulate lifelong participation based on the personal gratification students experience when they realize that their efforts make a difference. 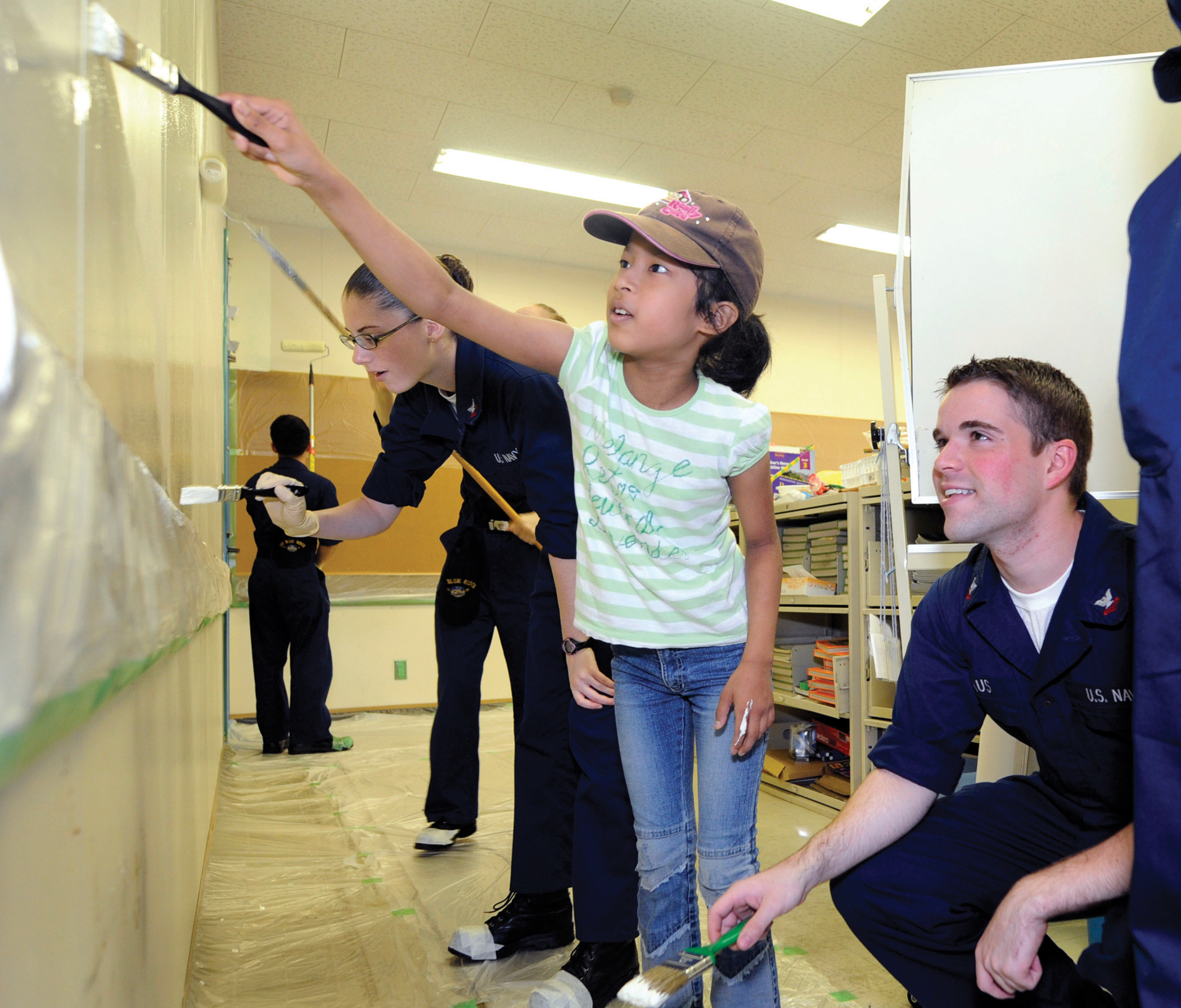 A majority of US high school students and many other young people participate in community service activities ranging from tutoring after school to cleaning up public spaces.

People often are motivated to participate in politics because they are targets of mobilization efforts by political parties and interest groups. They also can acquire the habit of participating politically through the process of political socialization or have a life experience that prompts them to act. Political attitudes such as civic duty and a sense of political efficacy can influence a person’s decision to participate. People may seek personal gratification through political action, as they enjoy working with others and helping their community. Legal factors such as voter registration requirements can impede participation.

Merelman, R. M., Making Something of Ourselves (Berkeley: University of California Press, 1984).

Pew Research Center for the People and the Press, “Pew Weekly News Interest Index Poll, Oct, 2010,” Poll Database, http://people-press.org/questions/?qid=1772828&pid=51&ccid=51#top: “Thinking about this year’s (2010) Congressional elections, would you say that you are interested in what’s happening in elections around the country?”

Schier, S. E., By Invitation Only: The Rise of Exclusive Politics in the United States (Pittsburgh, PA: University of Pittsburgh Press, 2000).