The party in government constitutes the organized partisans who serve in office, such as members of the Democratic and Republican parties in Congress. Parties provide an organizational structure for leaders in office, develop policy agendas, and ensure that majority and minority party opinions are voiced. The party in government seeks to represent its supporters, achieve policy objectives, and enhance the prospects for reelection. It is the center of democratic action. Party coalitions of many officeholders can be more powerful mechanisms for voicing opinions than individual leaders acting on their own. Coalitions from opposing parties spar openly by taking different positions on issues (Eldersveld & Walton Jr., 2000).

The president is the official and symbolic leader of his party. Presidents can use this position to rally members of Congress to push their agendas as President Franklin Roosevelt did to get his New Deal programs passed quickly with the help of congressional Democrats. President Ronald Reagan mobilized congressional Republicans to enact the so-called Reagan revolution of conservative policies, such as cutting taxes and increasing defense spending. Other presidents prefer to adopt a policy of triangulation, where they work both sides of the congressional aisle (White & Shea, 2000). President Barack Obama successfully encouraged Democrats and Republicans in Congress to pass a bill extending tax cuts to citizens. 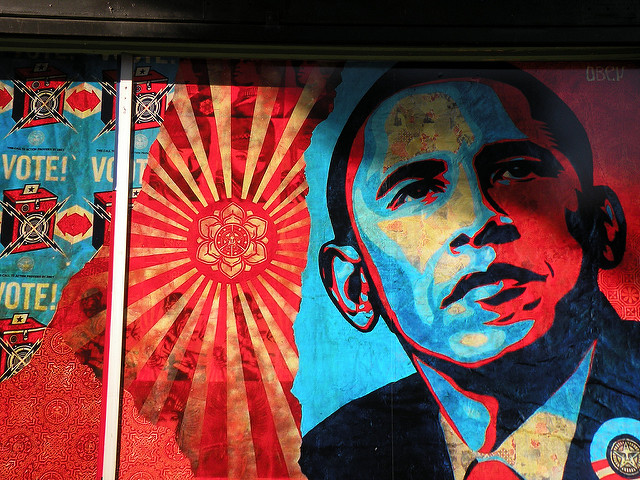 President Barack Obama’s campaign organization, Organizing for America, continued to raise funds through its website following the 2008 election in anticipation of his reelection bid in 2012.

Since the 1990s, presidents have assumed a major responsibility for party fundraising. President Bill Clinton made fundraising a priority for the Democratic Party. He was the headliner at major events that drew big crowds and raised millions of dollars. President George W. Bush became the top fundraiser for the Republican Party, raising a record $84 million in six months en route to achieving a $170 million goal by the 2004 presidential election.[1] During his campaign for the presidency, Barack Obama raised over $600 million mostly through online appeals. Once in office, President Obama continued to raise funds for Democratic Party candidates through appearances at dinners and events as well as through his campaign organization’s website, Organizing for America (Vargas, 2011).

Party discipline can be difficult to enforce given the diversity of constituency interests and personalities in Congress. The extent to which party members are willing to vote in a block varies over time. Party unity in congressional voting rose from 40 percent in the early 1970s to 90 percent or more since 2000.

Congressional Quarterly, a Washington, DC–based publisher, has analyzed the voting patterns of members of Congress since 1953 and presents them in an interactive graphic.

Legislative parties like those in Congress are found in forty-nine of the fifty state legislatures. Nebraska, which has a nonpartisan, unicameral legislature, is the exception.

The American system of separation of powers and checks and balances devised by the framers presents some obstacles to elected officials using their party connections to wield power. Divided government, which occurs when the chief executive is of a different party from the majority in the legislature, is a common occurrence in American government. Divided government can get in the way of cooperative policymaking. Presidential vetoes of legislation passed by Congress can be more frequent during periods of divided government (Cox & Kernell, 1991).

President Clinton faced the challenges of divided government beginning in 1994, when the Republicans took control of the House and Senate. Clinton did not use the veto power once when his Democratic Party controlled Congress between 1993 and 1994. After the Democrats lost fifty-two seats in Congress to Republicans as a result of the 1994 midterm elections, President Clinton used the veto to block legislation his party opposed, including tax bills that were central to the Republican Party’s platform. From 1995 to 2000, he vetoed thirty-six bills (Hoff, 2003). Democratic President Barack Obama was faced with divided government in 2010 when the Republican Party won the majority in the House of Representatives while the Democrats held the Senate by a small margin. Obama used the State of the Union address to call for the parties to work together on key issues, especially health care and the economy (Dorning, 2011).

The party in government constitutes the organized partisans who serve in office, such as members of the Democratic and Republican parties in Congress. The president is the symbolic leader of his political party and can use this position to urge party members to achieve policy goals. Legislative parties seek to impose discipline on party members in Congress, which is not always easily accomplished because members represent vastly different constituencies with particular needs. Divided government—periods when the president is of a different party from the majority in Congress—can create challenges for presidents seeking to enact their policy agendas.

Schwab, L., “The Unprecedented Senate: Political Parties in the Senate after the 2000 Election,” in The State of the Parties, ed. John C. Green and Rick Farmer (Lanham, MD: Rowman & Littlefield), 241–53.