House members consider a number of factors when choosing leaders. A member’s personal reputation, interactions with other members, legislative skills, expertise, experience, length of service, and knowledge of the institution are taken into account. Members tend to choose leaders who are in the ideological mainstream of their party and represent diverse regions of the country. The positions that a member has held in Congress, such as service on important committees, are evaluated. Fundraising ability, media prowess, and communications skills are increasingly important criteria for leadership. The ability to forge winning coalitions and the connections that a member has to leaders in the Senate or the executive branch are factored into the decision (Peabody, 1976).

Holding a congressional leadership position is challenging, especially as most members think of themselves as leaders rather than followers. Revolts can occur when members feel leaders are wielding too much power or promoting personal agendas at the expense of institutional goals. At times, a leader’s style or personality may rub members the wrong way and contribute to their being ousted from office (Cooper & Brady, 1981).

Speaker of the House

The Speaker of the House is at the top of the leadership hierarchy. The Speaker is second in succession to the presidency and is the only officer of the House mentioned specifically in the Constitution. The Speaker’s official duties include referring bills to committees, appointing members to select and conference committees, counting and announcing all votes on legislation, and signing all bills passed by the House. He rarely participates in floor debates or votes on bills. The Speaker also is the leader of his or her political party in the House. In this capacity, the Speaker oversees the party’s committee assignments, sets the agenda of activities in the House, and bestows rewards on faithful party members, such as committee leadership positions (Carr, 2001).

In addition to these formal responsibilities, the Speaker has significant power to control the legislative agenda in the House. The Rules Committee, through which all bills must pass, functions as an arm of the Speaker. The Speaker appoints members of the Rules Committee who can be relied on to do his or her bidding. He or she exercises control over which bills make it to the floor for consideration and the procedures that will be followed during debate. Special rules, such as setting limits on amendments or establishing complex time allocations for debate, can influence the contents of a bill and help or hinder its passage (Rae & Campbell, 1999).

Speakers’ personal styles have influenced the evolution of the position. Speaker Joe Cannon (R-IL) became the most powerful Speaker of the House by using strong-arm tactics to control members of both parties. “Czar” Cannon’s style so angered his colleagues that he was forced to step down as chairman of the Rules Committee during the St. Patrick’s Day Revolt of 1910, which stripped him of his ability to control appointments and legislation. The position lost prestige and power until Speaker Sam Rayburn (D-TX) took office in 1940. Rayburn was able to use his popularity and political acumen to reestablish the Speakership as a powerful position (Peters Jr., 1997). 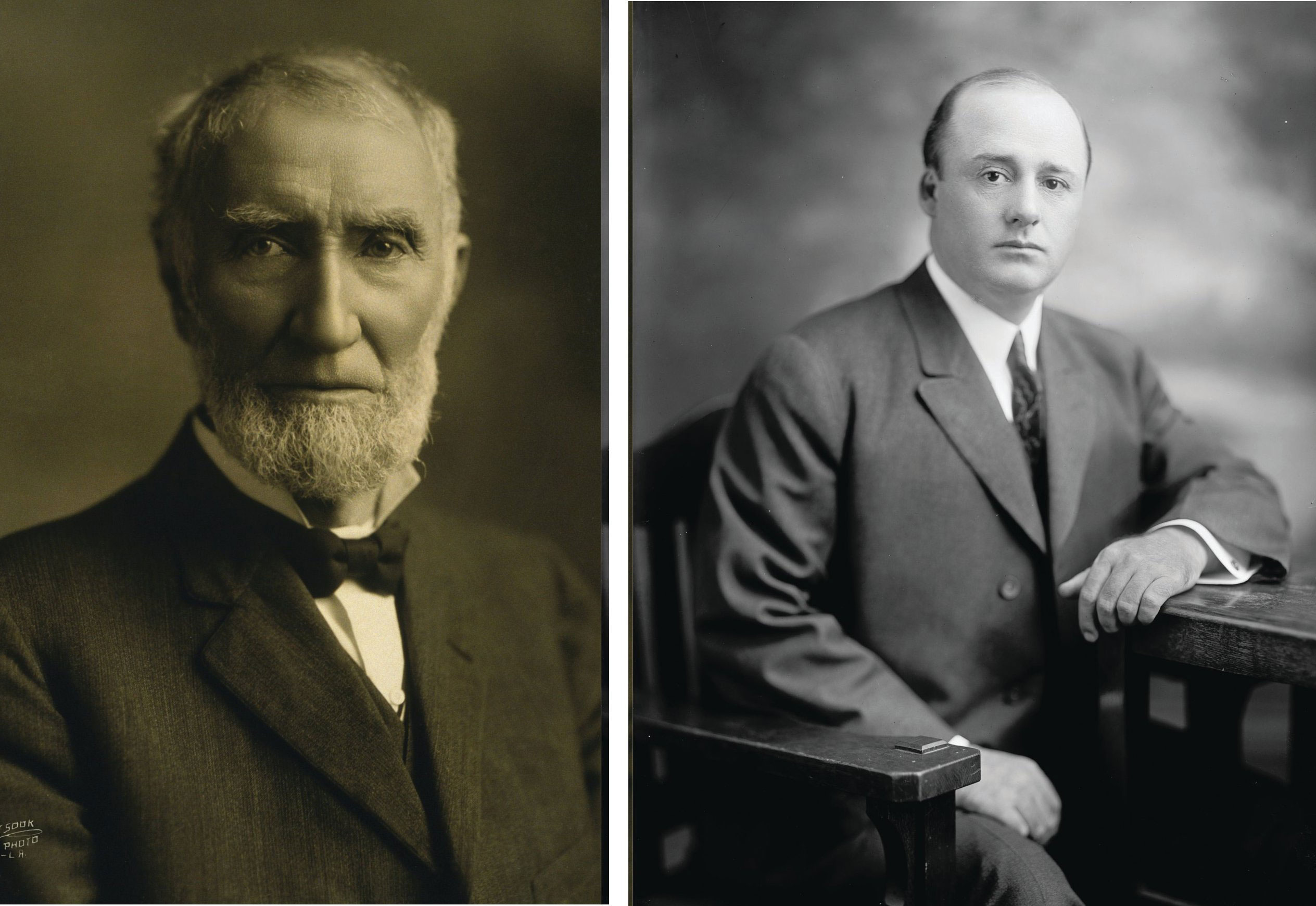 Strong Speakers of the House, such as Joe Cannon (left) and Sam Rayburn (right), were able to exert influence over other members. Strong speakers are no longer prominent in the House.

A Speaker’s personal style can influence the amount of media coverage the position commands. The Speaker can become the public face of the House by appearing frequently in the press. A charismatic speaker can rival the president in grabbing media attention and setting the nation’s issue agenda. On April 7, 1995, Speaker Newt Gingrich (R-GA) made an unprecedented prime-time television “State of the Congress” address on CBS indicating that the House has passed the Contract With America, a plan that proposed extensive changes to the social welfare system and tax policy. Despite the fact that the Contract with America died in the Senate, Gingrich became a “multimedia Whirling Dervish of books, writings, lectures, tapes, and television, spewing out ideas” (Balz & Brownstein, 1996). He was a constant presence on the television and radio talk show circuit, which kept attention focused on his party’s issue platform. This strategy worked at the outset, as the Republicans were able to push through some of their proposals. Gingrich’s aggressive personal style and media blitz eventually backfired by alienating members of both parties. This experience illustrates that the media can have a boomerang effect—publicity can make a political leader and just as quickly can bring him down.

In contrast, Speaker Dennis Hastert (R-IL), who took office in 1999, exhibited an accommodating leadership style and was considered a “nice guy” by most members. He worked behind the scenes to build coalitions and achieve his policy initiatives. After the election of President George W. Bush, Hastert coordinated a communications strategy with the executive branch to promote a Republican policy agenda. He shared the media spotlight, which other members appreciated. His cooperative approach was effective in getting important budget legislation passed (Davidson & Olezek, 2002). 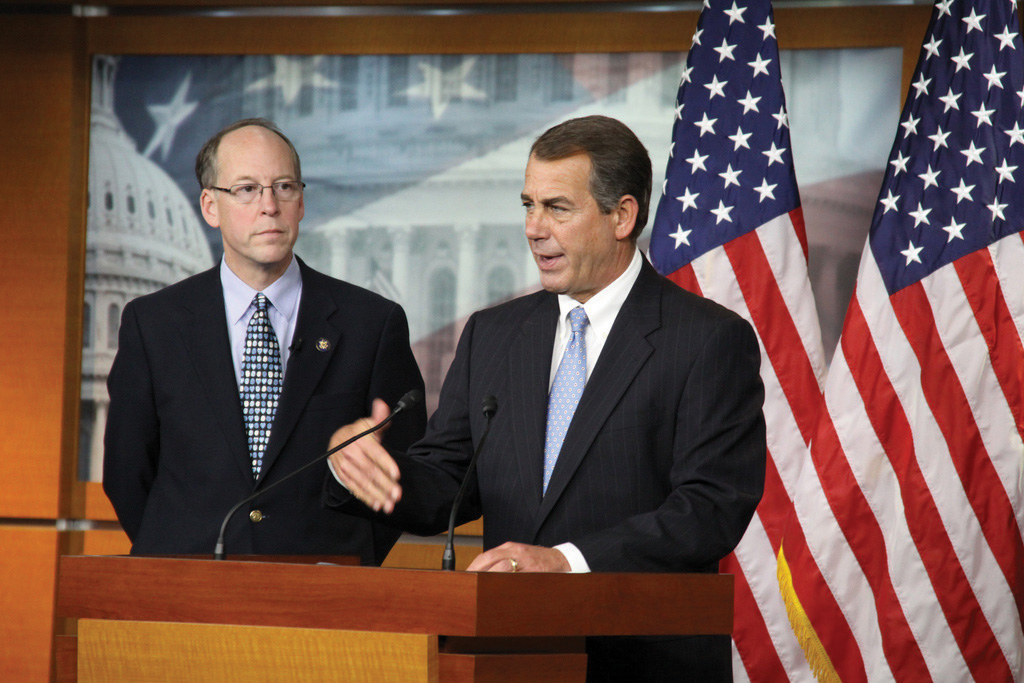 Speaker Nancy Pelosi (D-CA) was the first woman Speaker of the House, serving from 2006 to 2010. Media coverage of Pelosi frequently included references to her gender, clothing, emotions, and personal style. Pelosi’s choice of Armani suits was much noted in the press following her selection. Syndicated New York Times columnist Maureen Dowd wrote a piece on November 6, 2006, titled “Squeaker of the House.” Dowd alleged that Pelosi’s first act after becoming Speaker was to “throw like a girl” and that she was “making her first move based on relationships and past slights rather than strategy.” “Squeaker of the House” became a moniker that stuck with Pelosi throughout her tenure as Speaker and was the subject of a YouTube parody. Pelosi was replaced by Rep. John Boehner (R-OH) when the Republicans took control of the House following the 2010 midterm elections.

The Republicans and Democrats elect floor leaders who coordinate legislative initiatives and serve as the chief spokespersons for their parties on the House floor. These positions are held by experienced legislators who have earned the respect of their colleagues. Floor leaders actively work at attracting media coverage to promote their party’s agenda. The leadership offices all have their own press secretaries.

The House majority leader is second to the Speaker in the majority party hierarchy. Working with the Speaker, he is responsible for setting the annual legislative agenda, scheduling legislation for consideration, and coordinating committee activity. He operates behind the scenes to ensure that the party gets the votes it needs to pass legislation. He consults with members and urges them to support the majority party and works with congressional leaders and the president, when the two are of the same party, to build coalitions. The majority leader monitors the floor carefully when bills are debated to keep his party members abreast of any key developments (Sachs, 1996). 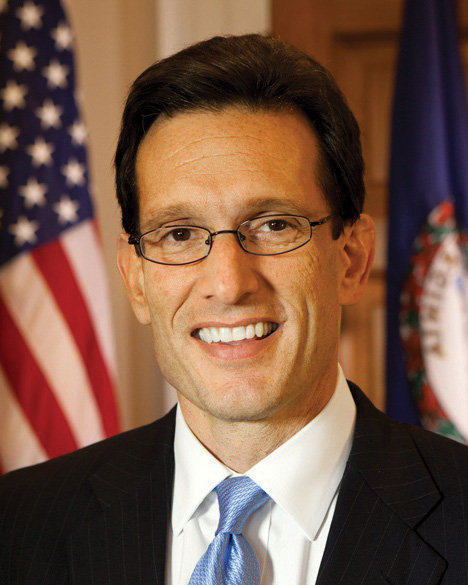 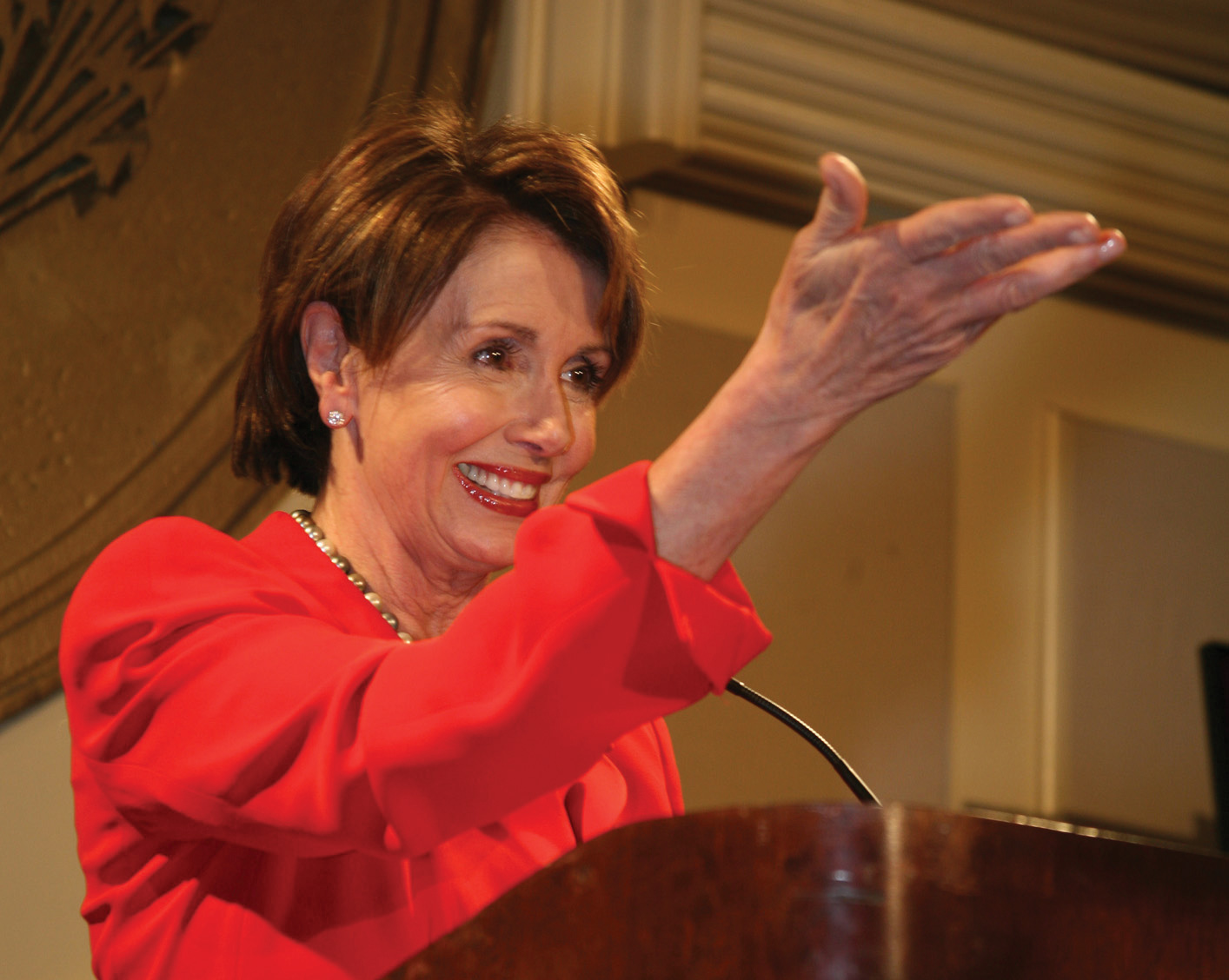 Rep. Nancy Pelosi (D-CA) became House Minority Leader after she was replaced as Speaker of the House by Republican Rep. John Boehner (R-OH) following the 2010 midterm elections. Pelosi’s website does not mention her status as minority leader.

Members of Congress from the Republican and Democratic parties elect whips who are responsible for encouraging party loyalty and discipline in the House. Aided by extensive networks of deputies and assistants, whips make sure that the lines of communication between leaders and members remain open. In 2002, whip Steny Hoyer (D-MD) greatly expanded his organization to include forty senior whips and thirty assistant whips to enforce a “strategy of inclusion,” which gives more members the opportunity to work closely with party leaders and become vested in party decisions. This strategy made more party leaders with expertise available to the press in the hopes of increasing coverage of the Democratic Party’s positions. Whips keep track of members’ voting intentions on key bills and try persuade wayward members to toe the party line (Davidson & Oleszek, 2002).

An extensive leadership structure provides an organizational framework that helps House members work effectively if not efficiently. At the top of the leadership hierarchy is the Speaker of the House, who is the body’s presiding officer. Majority and minority leaders help set their party’s agenda on issues. The whips encourage party unity on House votes.