On May 21, 2009, President Obama gave a speech explaining and justifying his decision to close the Guantánamo Bay detention center (prison). The facility had been established in 2002 by the Bush administration to hold detainees from the war in Afghanistan and later Iraq. President Obama spoke at the National Archives, in front of portraits of the founding fathers, pages of the Constitution open at his side. He thereby identified himself and his decision with the founding fathers, the treasured Constitution, and the rule of law. 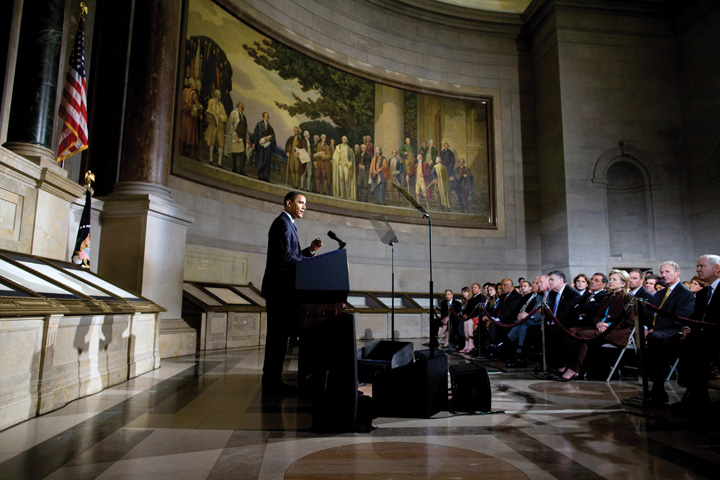 Presidents can connect their policy proposals to revered American forebears and documents, but this does not guarantee success.

Yet, years later, the prison remained open. The president had failed to offer a practical alternative or present one to Congress. Lawmakers had proved unwilling to approve funds to close it. The Republican National Committee had conducted a television advertising campaign implying that terrorists were going to be dumped onto the US mainland, presenting a major terrorist threat.

President Obama: Our Security, Our Values