The bicameral structure of the US Congress was established by the founders to minimize the possibility of any one governmental body becoming too powerful. The House was meant to be the most democratic of the national institutions, as its members are subject to reelection every two years. The Senate was designed by the framers as an elite body that would act as a check on the House. The two bodies differ in terms of characteristics and norms as well as in the way they operate.

The founders established Congress as a bicameral legislature as a check against tyranny. They feared having any one governmental body become too strong. This bicameral system distributes power within two houses that check and balance one another rather than concentrating authority in a single body. The House of Representatives is the larger body with membership based on each state’s population. The Senate is the smaller body with each state having two delegates. With one hundred members, the Senate is a more intimate, less formal legislative body than the House, which has 435 members elected from districts that are roughly the same size in population.

Members of Congress must reside in the district or state that elects them, although the Constitution does not specify for how long. Residency can become a campaign issue, as it did when former first lady and current secretary of state, Hillary Rodham Clinton, ran for a Senate seat from New York soon after leaving the White House, despite having never lived in the state. She was successful despite having to fend off criticism that as a carpetbagger she was not suited to represent New York’s interests in Congress. The term “carpetbagger” refers to a politician who runs for office from an area where he or she has lived for only a short time and has few community ties. It derives from a derogatory term coined after the Civil War referring to Northerners who went south to profit from the Reconstruction, carrying “carpet bags” for luggage.

Members of Congress are elected locally to serve nationally. All aspects of members’ jobs, whether it be making laws or providing service to people in their home districts, are influenced by this dual concern with representing local constituencies while dealing with national policy.

The Constitution anticipated that the House would be more attentive to the people than the Senate. The House is designed to be the most democratic institutional body in the US government because each member represents a particular district within a state rather than the entire state, which is the case for the Senate. House members stand for election every two years to ensure that they keep in close touch with the opinions and interests of the people they represent or face defeat at the polls. There are no limits on the number of terms a member can serve. Consequently, many members are constantly campaigning to keep their seats in office. 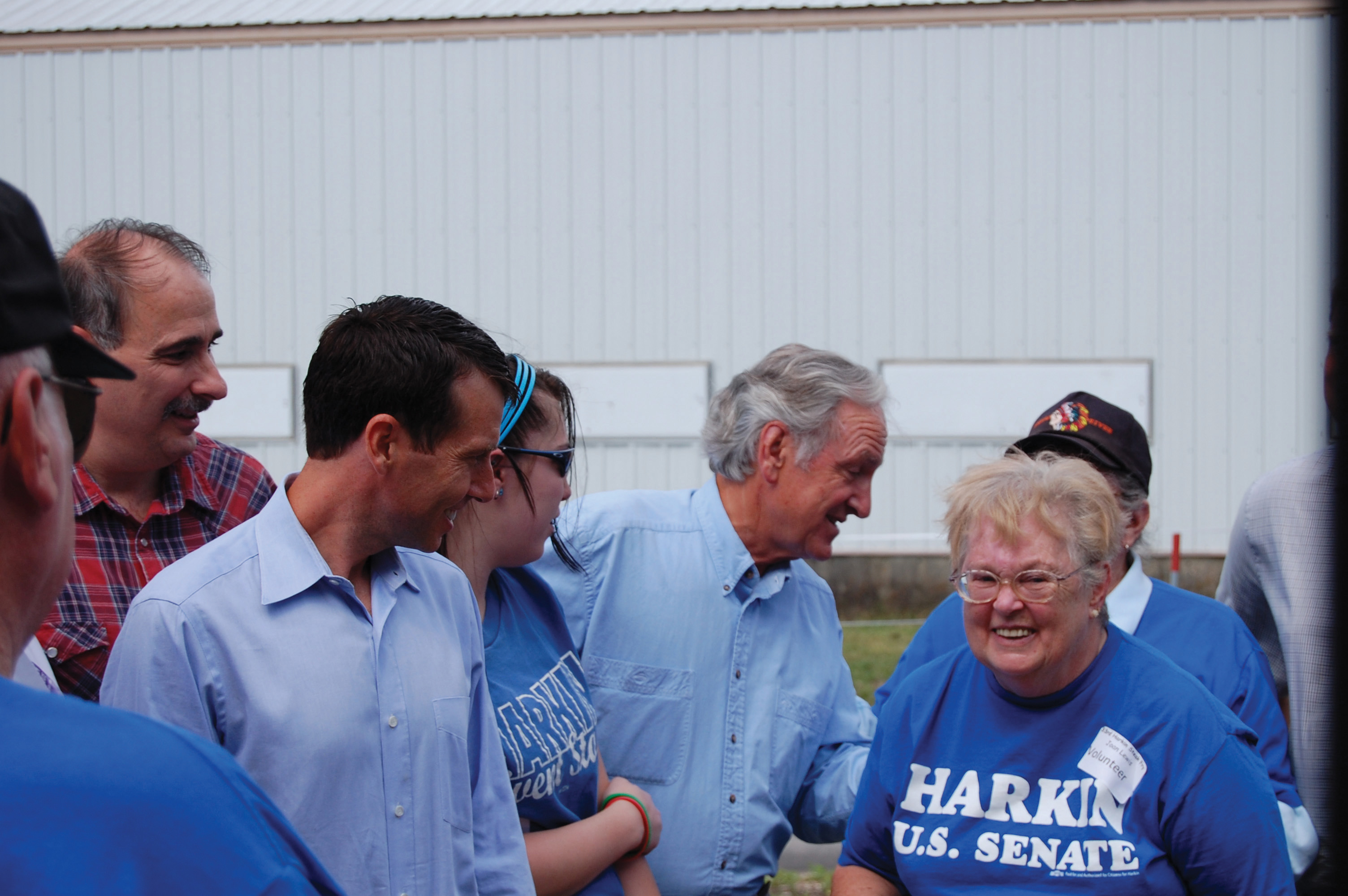 Members of Congress engage in a permanent campaign for reelection that begins the minute they take office.

Congress establishes the number of House members by enacting legislation. In 1787, there were 65 members, and the founders anticipated that House members would never represent more than 30,000 people. In 1910, the current number of 435 representatives was reached. The number of people represented by a single member has increased from 210,583 in 1910 to 646,947 in 2000 and 710,767 in 2010. The US Census Bureau calculates these apportionment figures, which can be viewed on an interactive map on its website. This number of people per congressional district is projected to top 900,000 in 2050 (Davidson & Oleszek, 2002). Some observers question if the democratic character of the House will be compromised if constituencies grow even larger, while others oppose enlarging an institution that is already difficult to manage.

House members are elected in districts whose lines are drawn by state legislatures after the census, which takes place every ten years. States can gain or lose representatives if there are population shifts. Redistricting can be controversial as legislators seek to draw district lines that advantage their own political parties. In 2003, the process of redrawing congressional district lines in Texas attracted national media attention. Democratic state legislators twice fled to neighboring states to prevent a vote on a redistricting plan that they felt favored Republicans. The media depicted the fugitive Democratic legislators hanging out on the balcony of a cheap hotel in New Mexico as the infuriated Republicans threatened to call out the Texas Rangers to forcibly return them to the state. The media attention did not stop the redistricting plan (CBSNews.com, 2003). This strategy of lawmakers fleeing to another state to stop the legislative process was used in Wisconsin in 2011, when Democratic senators left the state to prevent having a quorum to pass a budget bill supported by the Republican governor that would cut workers’ benefits in order to improve the state budget.

The framers felt that the Senate should be constituted as an elite body that would act as a check on the House, the branch closest to the mass public. Senators serve six-year terms of office, and like the House, there are no limits on the number of terms they can serve. Senators, in theory, should have more time than House members to think about something besides reelection. However, as the cost of elections has grown and Senate elections have become more competitive, fundraising has become a constant concern for many senators (Davidson & Oleszek, 2002). The founders’ expectations that the House would be close to the people and the Senate would be more distant have not been realized. House members often hold safe seats and do not face serious challenges to reelection, so they often hold office for years.

House members are chosen in districts whose boundaries can cut across media markets and other political jurisdictions, such as county or city lines. Some parts of Maryland and Virginia receive most of their news from the District of Columbia, and their House members are given limited coverage. As a result, it can be difficult for local television news to cover House members and their reelection challengers. Senators, having won statewide races, receive more attention. Their opponents also are likely to receive significant media coverage, which often makes for hotly contested elections.

The House and Senate are institutions that have decidedly different characters. Because of its large size and more frequent turnover in membership, the House is an impersonal institution. House members may not recognize their colleagues, and some have staff members assigned as “spotters,” who whisper names into their ears to avoid embarrassment. The House operates under formal rules. It is hierarchical, and seniority is important. Members serve for a long time before they become leaders. Senior members have more influence over decision making than their junior colleagues.

The Senate does not rely as heavily on hierarchy as the House. It is less rule-bound and operates more loosely and unpredictably than the House, especially as it requires unanimous consent for any bill to be taken up. This means that a lone senator has the power to stop legislative action, a power that House members do not possess. Senators serve long terms and get to know their colleagues. Seniority is less meaningful, as junior senators have considerable power to make decisions along with their senior colleagues. The smaller size of the chamber allows members to pursue a fast track to leadership and increased public visibility early in their careers.

The differences between the House and Senate are reflected in their respective chambers. The House meets in the largest parliamentary room in the world. Members do not have assigned seats and take any available place on padded benches. Few members spend time in the chamber other than when they are speaking or voting. The Senate chamber is smaller and more ornate. Senators are assigned desks and chairs, many of which have been held by distinguished members. Since the introduction of television to the Senate chamber in 1986, senior senators have taken back-row seats, which provide favorable camera angles against a flattering blue backdrop and have space for displaying charts and graphs.

The distinctions between the chambers extend to their ability to attract media coverage. The Senate routinely garners greater press attention than the House because it is easier for journalists to cover the smaller chamber and establish long-term relationships with its members. The hierarchical structure of the House makes it easy for leaders to become national media headliners, while other members must compete for attention (Sellers, 2002). The proliferation of digital media outlets has made it somewhat easier for media-savvy members to get their message out through websites, blogs, Twitter feeds, and online videos.

The framers provided for a bicameral legislative branch with equal representation in the Senate and proportional representation based on state population in the House. The two bodies differ in a number of important ways that influence the way that they operate. The House is a more formal institution, where hierarchy and seniority are important factors. The Senate, as a smaller, more intimate body, is less bound by formal rules than the House. Senators typically garner more media attention than House members because they serve statewide constituencies and serve longer terms of office.