Financial analysts measure the value of a company in terms of profits and stock. For employees, however, the value of a job is also emotional. The root of the word emotion comes from a French term meaning “to stir up.” And that’s a great place to begin our investigation of emotions at work. More formally, an emotion is defined as a short, intense feeling resulting from some event. Not everyone reacts to the same situation in the same way. For example, a manager’s way of speaking can cause one person to feel motivated, another to feel angry, and a third to feel sad. Emotions can influence whether a person is receptive to advice, whether they quit a job, and how they perform individually or on a team (Cole, Walter, & Bruch, 2008; George & Jones, 1996; Gino & Schweitzer, 2008). Of course, as you know, emotions can be positive or negative.

Positive emotions such as joy, love, and surprise result from our reaction to desired events. In the workplace, these events may include achieving a goal or receiving praise from a superior. Individuals experiencing a positive emotion may feel peaceful, content, and calm. A positive feeling generates a sensation of having something you didn’t have before. As a result, it may cause you to feel fulfilled and satisfied. Positive feelings have been shown to dispose a person to optimism, and a positive emotional state can make difficult challenges feel more achievable (Kirby, 2001). This is because being positive can lead to upward positive spirals where your good mood brings about positive outcomes, thereby reinforcing the good mood (Frederickson & Joiner, 2002). 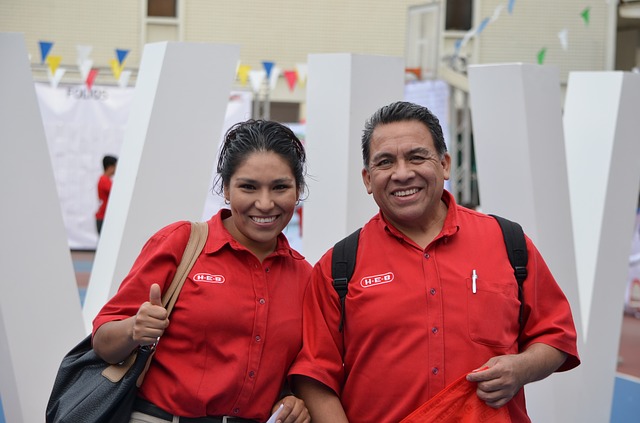 Research shows that acting positive at work can actually help you become happier over time, as emotions can be influenced by actions.

Emotions are also useful for creative tasks, because positive individuals tend to be more creative and open to new ideas. In addition to helping with employee creativity, companies such as Microsoft Corporation often want to understand which features of their products produce not just high ratings for usability but also high emotional ratings. Individuals with strong positive emotional reactions are more likely to use their product and recommend it to others (Weler, 2008). This is something Apple Inc. has been known for doing well, as their products tend to evoke strong positive emotions and loyalty from their users. 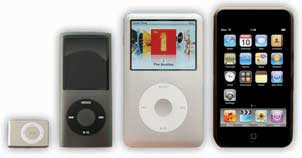 By creating products that users feel an emotional reaction to, Apple has revolutionized the way music is experienced.

Negative emotions such as anger, fear, and sadness can result from undesired events. In the workplace, these events may include not having your opinions heard, a lack of control over your day-to-day environment, and unpleasant interactions with colleagues, customers, and superiors. Negative emotions play a role in the conflict process, with those who can manage their negative emotions finding themselves in fewer conflicts than those who do not.

The unwanted side effects of negative emotions at work are easy to see: An angry colleague is left alone to work through the anger; a jealous colleague is excluded from office gossip, which is also the source of important office news. But you may be surprised to learn that negative emotions can help a company’s productivity in some cases. Anger at another company’s success, for example, can spark a burst of positive effort on behalf of a competitor. Jealousy about another division’s sales figures may inspire a rival division to work harder. While negative emotions can be destructive in the workplace, they can inspire bursts of valuable individual action to change situations that aren’t working the way they should (Jordan, Lawrence, & Troth, 2006). The key is to promote the positive emotions and work to manage the negative ones so they don’t spread throughout the organization and become the norm.

Both positive and negative emotions can be contagious, with the spillover of negative emotions lasting longer than positive emotions.[1] As you may have experienced in the past, contagion can be especially salient in a team setting. Research shows that emotions are contagious and that team members affect one another even after accounting for team performance (Ilies, Wagner, & Morgeson, 2007). One explanation for negative emotions’ tendency to linger may be a stronger connection to the fight-or-flight situations people experience. Anger, fear, and suspicion are intentionally unpleasant messages urging us to take action immediately. And to make sure we get the message, these emotions stick around.

Research shows that some people are more susceptible to emotional contagion than others (Papousek, Freudenthaler, & Schulter, 2008). But in general, when the boss is happy, the staff is happy (Bono & Ilies, 2006). We can also imagine how negative emotions can be transferred. Imagine you’re working behind the counter at a fast-food restaurant. Your mood is fine, until a customer argues with you about an order. You argue back. The customer leaves in a huff. Your anger emotions continue, turning into negative feelings that last throughout the day. As you might guess, you are more likely to make mistakes and find ordinary challenges annoying when you’re experiencing negative emotions. Unchecked, your negative emotions can spread to those around you. A negative interaction with one customer can spill over onto interactions with another customer (Pugh, 2001; Hareli & Rafaeli, 2007).

Olympic athletes train for peak performance by stimulating their brains to believe they’ve just run a record race. You can do the same thing to experience different moods. By providing your brain with the external stimulus of happiness or sadness, you can create those feelings. Give it a try!

It’s best to practice this when you are feeling relatively calm. To give yourself a neutral starting point, close your eyes and breathe in slowly. Now, release your breath. Open your eyes and smile wide. Allow your eyes to crinkle. Now smile a bit more.

The changes you have consciously made to your expression are signaling your body that a positive event has taken place. How does this affect you emotionally?

Answer these questions to find out:

Do you feel more or less energetic as you smile? More or less calm? More or less optimistic? How does the feeling resulting from your physical changes compare with your feelings a moment before?

Now, let’s try the opposite: Close your eyes and breathe in and out slowly, as detailed above, to clear your “emotional slate.” Then open your eyes. Pull down the corners of your mouth. Open your eyes wide. You have just signaled to your body that something negative has taken place.

Now consider this: Dr. Aston Trice of Mary Baldwin College in Virginia found that humor has mood-altering effects. Subjects were given a frustrating task. Then, one-half were shown cartoons. Those who had seen the cartoons overcame their frustration and attacked a new test with renewed enthusiasm and confidence, compared to those subjects who hadn’t had the humorous interlude (Colino, 2006).

Emotions serve many purposes and affect people at work. There are positive and negative emotions, and both can be helpful at motivating us to work harder. Emotions are malleable and they can also be contagious.

Papousek, I., Freudenthaler, H. H., & Schulter, D. (2008). The interplay of perceiving and regulating emotions in becoming infected with positive and negative moods. Personality and Individual Differences, 45, 463–467.