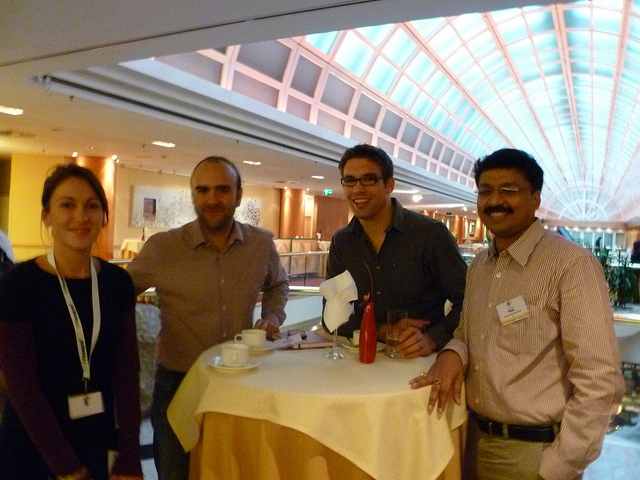 Networking has the potential to open doors and create possibilities for jobs and partnerships. Networking establishes connections between individuals and access to information that one might not normally have access to. Reaching out to strangers can be an intimidating and nerve-racking experience. In business, the more central you are, the more power you have. Creating connections and ties to other people affords you the opportunity for power and the ability to more closely control your future, so while at times networking might feel awkward and uncomfortable, it is a necessary and important part of establishing and maintaining a career.

Online social networking sites play an important role in this networking process for individuals both professionally and personally. With 1,200 employees in 2010, Facebook has 350 million users around the world, and LinkedIn has over 60 million members in over 200 countries. A new member joins LinkedIn every second, and about half of the members are outside the United States. These online sites have created new opportunities for networking and allow individuals to branch out beyond their normal world of industry, school, and business. The key is to avoid costly missteps as employers have begun to search online for information about prospective and current employees. In 2009, 8% of companies reported that they had fired an employee for misuse of social media.

Many of these online sites have become a tool for business. For example, LinkedIn targets working professionals and provides them a way to maintain lists of business connections and to use those connections to gain introduction to people using mutual contacts. Unlike other social networking sites, LinkedIn is almost entirely used by professionals. The power of social networking flows in both directions. Employers can screen applicants through their online accounts and recruiters more than ever are using these sites to view background information, individual skill sets, and employment history, which can be cross-referenced with submitted applications. Job seekers can review the profiles of those at top management firms and search for mutual contacts. LinkedIn also provides statistics about firms, which can be useful information for individuals looking at potential employers.

Networking is about building your brand and managing relationships. Using social networks as a vehicle to market one’s self and make professional connections is becoming increasingly common, as well as using loose ties or connections through others to open doors and land jobs. In an increasingly high-tech and digital world, it is important to be aware and conscience of the digital footprint that we create. But with careful cultivation these online networks can present many opportunities.